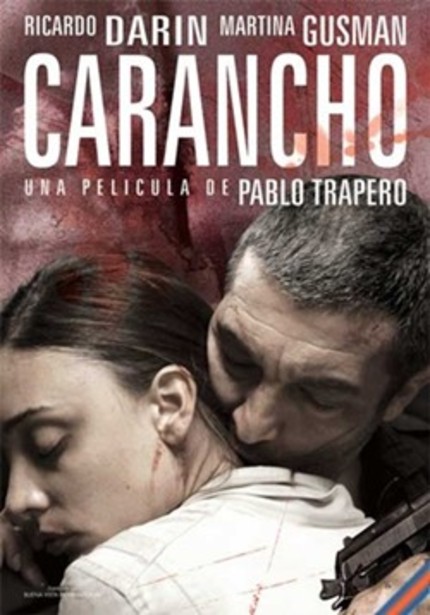 One of my favorite films from 2010 is the Argentine dark thriller Carancho (2010), for which I've already provided a critical overview, as well as an interview with the film's director Pablo Trapero. Strand Releasing has picked up Carancho for distribution and I'm happy to announce that the film opens in the Bay Area March 25, 2010 at Landmark's Lumiere Theatre in San Francisco and Landmark's Shattuck Cinemas in Berkeley. Carancho is also scheduled to open April 8, 2011 at Camera 3 in San Jose.

Landmark's synopsis: "In Argentina, more than 8,000 people die every year in road accidents, with each victim representing millions of pesos in medical and legal expenses. Behind every tragedy, there is an industry. Set in Buenos Aires, the film noir thriller Carancho stars Ricardo Darín (The Secret in Their Eyes) as Sosa, an ambulance-chasing, disbarred attorney with questionable ethics. Luján (Martina Gusman, Lion's Den) is a young doctor from the provinces, trying to make a living out of many jobs. Alone, with a work rhythm that barely allows her to sleep, she tries to establish herself in a city unknown to her. After Luján and Sosa's paths repeatedly cross (she's trying to save a life; he's trying to add another client to his portfolio), the two form an unlikely romance that is threatened by Sosa's turbulent past. With traffic accidents as the number one cause of deaths in Argentina, bodies are currency, and a black market strives to get rich from the personal tragedies that literally litter the streets."