Notes on Streaming: 7SEEDS From Japan Asks, What Price Survival? 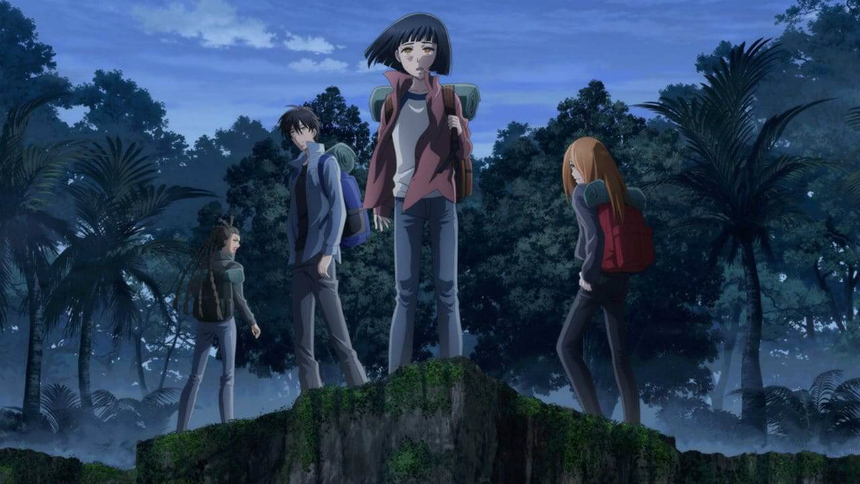 What would you do to survive?

When the show's first trailer dropped back in May, I noted its promise of "post-apocalyptic troubles and teenage angst. Also, class differences." That certainly holds up throughout the first 12 episodes of the series, aka 'Part 1.'

Its slightly longer, original English-language title -- 7 Seeds Project -- is more descriptive of a new series as a whole, which definitely puts the emphasis on 'project.' Based on a manga series written and illustrated by Yumi Tamura, first published in 2001, the anime series is produced by Japanese studio Gonzo, whose many credits include the fondly-remembered (by me, at least) Afro Samurai.

The first episode completely bewildered me, with its introduction of a flock of characters and a premise that is not immediately apparent. Some of the questions that sprang to my mind were answered in the second episode, which kept me watching, and the series continues to flesh out and explain itself as the episodes progress.

The show is also marked by near-continuous and quite varied action sequences, as the characters are faced with a wide, wide variety of threatening situations, from giant creatures to hungry animals to seiesmic / environmental hazards to many, many angry, bitter, sometimes unaccountably vicious and nasty people.

Indeed, some of the characters are sufficiently bitter, unpleasant, and unhappy that it casts a dour spell upon the proceedings. Perhaps that's drawn from the manga series and/or a desire to justify the number of episodes deemed necessary. (Surely, a feature film's likely compact length would require all the duplicate angry people to be eliminated.)

Really, it's difficult to identify with and/or empathize with and/or understand the motives of more than three people at a time, which began to curdle my interest in the final couple of episodes along the lines of: 'shut up, you're whining about the same thing' and 'yes, we could have guessed that supposedly surprising plot development several episodes ago.'

Still, the animation looks appealing and that action keeps on a-pumping, And, yes, one or two people may be left hanging off a cliff, so to speak, before 'Part 1' concludes. I'm hoping that 'Part 2' will be on its way, eventually.

Summing up: Appealing animation and action aplenty make the series a good pick.