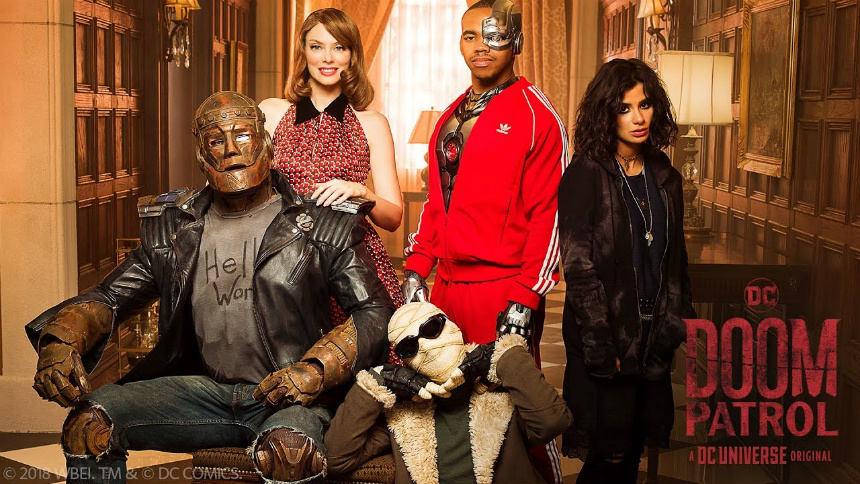 In this week's edition: superheroes gone wrong, in more ways than the obvious, and a marriage that cracked.

Filled with an overabundance of origin stories, the pilot episode of Doom Patrol nonetheless feels like it knows its place in the burgeoning DC Universe and is determined to prove its worth.

The earnest desire to please is something it shares in common with the shows in the so-called "Arrowverse" (Arrow, The Flash, Supergirl, Legends of Tomorrow), all developed by a creative team including Greg Berlanti, Andrew Kreisberg and Marc Guggenheim for broadcast on The CW. Berlanti serves as an executive producer for Doom Patrol, along with DC vet Geoff Johns, Arrowverse vet Sarah Schechter, and Jeremy Carver (TV's Supernatural).

It's the second new live-action series on the DC Universe streaming service, following last fall's debut of Titans, an uber-dramatic, profanity-filled series that got stronger as it went. (Sidenote: I'm way past exhausted by series trying to prove they're for "mature" audiences by adding profanity for no good reason. Looking at you too, Star Freakin' Trek: Discovery!)

Inspired by the comic book characters, created in 1963, the new incarnation of the team was introduced in the Geoff Johns-scripted fourth episode of Titans. The members of Doom Patrol are all badly-damaged humans who have been experimented upon and live in isolation because they are so obviously different in appearance from everybody else.

The pilot episode, written by Jeremy Carver, displays a lighter touch. It also reflects a few changes in casting. The team now consists of Robotman (Brendan Fraser), Elasti-Woman (April Bowlby), Negative Man (Matt Bomer), Mr. Nobody (Alan Tudyk), Cyborg (Joivan Wade), and Crazy Jane (Diane Guerrero). Fraser, Bomer and Tudyk are the most familiar players, but the others displayed good potential in the pilot. The presence of Timothy Dalton as the Chief is a definite bonus.

As to the DC Universe streaming service itself, it launched last fall, yet it still looks like a placeholder for what is to come.

Oh, sure, there is a decent selection of comic books to read via the service, and a limited archive of older TV series and movies to watch, both live-action and animated, though that doesn't include the shows in the Arrowverse (Arrow, The Flash, Supergirl, Legends of Tomorrow), since they're all licensed to Netflix until a little later this year.

I can't help but wonder what will happen to the service when parent company Warner Media launches its own streaming service later this year. As someone who signed up and paid for an annual subscription pre-launch, it hasn't lived up to its potential yet. We'll see what happens.

Summing up: It's far too soon to say how the 15-episode series will turn out, but I was buoyed by the quality of the pilot episode. (Also, the availability of the animated movie Reign of the Supermen) is another bonus for the DCU service.) 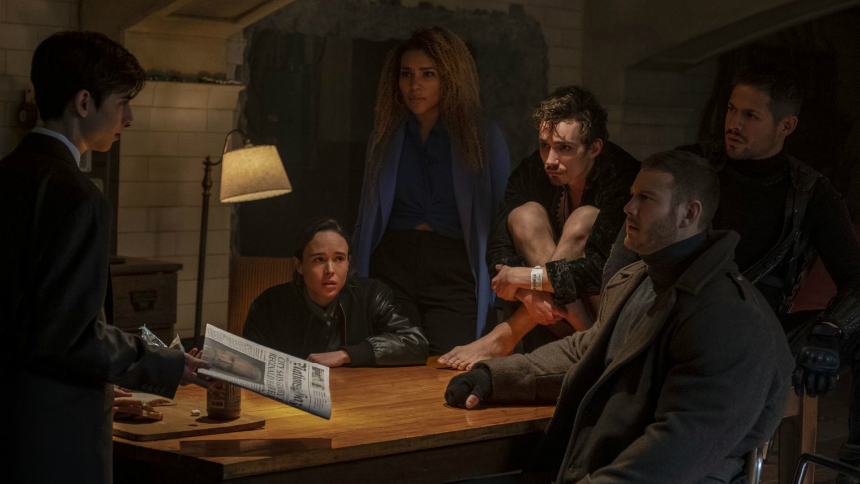 First published by Dark Horse Comics in 2007, The Umbrella Academy won acclaim for creator and writer Gerard Way and illustrator Gabriel Ba. The series revolves around a family of superheroes, all born on the same day to different women around the world, who are bought (?!) and then raised by an eccentric billionaire. The billionaire trains them ruthlessly without an ounce of empathy. They leave home as soon as they can, but reunite years later when the old man dies. Sparks fly.

Created by Steve Blackman (FX's Fargo, Netflix's Altered Carbon), the television adaptation takes a very different approach than Doom Patrol. Rather than exploring the characters or endeavoring to make them likable or relatable, it places its emphasis initially on the premise and the peculiar, off-putting nature of how the dysfunctional family members interact with others.

Reunited, they bicker and battle and banter; in other words, they act like sullen, spoiled children. They all appear to have been stunted emotionally by their upbringing, and none of them appear to have matured at all in the years since they all separated from one another.

It quickly becomes tiresome to observe, since little emotional effect is accumulated. So when any of them, or the people they supposedly care about, are threatened, the sometimes fatal consequences fail to register. This might be fine, if the pacing wasn't so sluggish or the visuals were more compelling or surprising.

Ellen Page and Robert Sheehan are standouts in the cast, and they bring their talents fully to the screen. Again, though, the characters they are portraying are lacking much substance or believability, which becomes an issue as they series drags ever onward.

Summing up: After watching the first five (of 10) episodes, stretched over three viewing sessions, I've had enough for now. Help yourself. 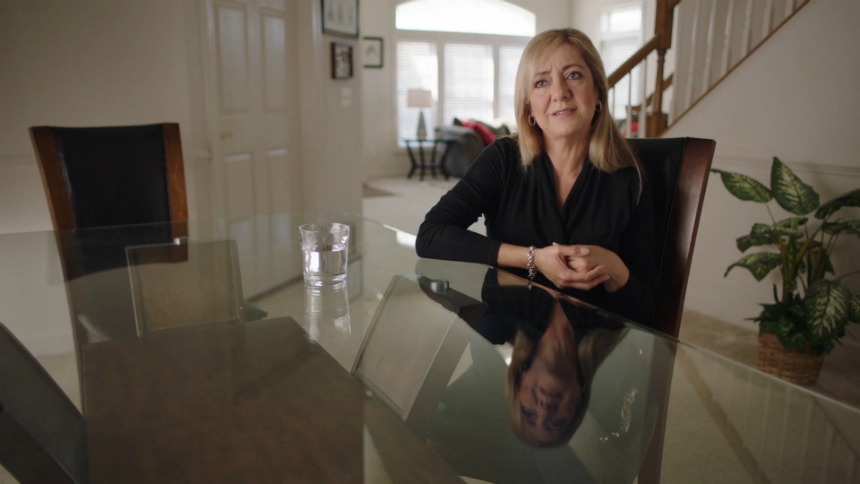 I don't want to speak for every man who still has an intact penis, but I was not looking forward to watching Lorena.

It tells the true story of Lorena Bobbitt, who cut off her husband's penis in 1993. She claimed that he had been abusing her for years; he claimed complete innocence. Both were caught up in a nationwide media circus. Both stood trial. Neither walked away scot-free.

When I first heard about the case in 1993, I was as shocked as everyone else, though I retained little memory about what, exactly, was reported, how it was reported, and all the other factors involved. (Honestly, I was far too immature, and frankly squeamish about the whole thing; I just remembered "she cut off his penis.")

Director Joshua Rofé skillfully places the case, and the resultant fallout, into historical perspective, starting with the outrageous nature of the crime, and then covering a great deal of extenuating circumstances. It's very strong and well-told, allowing the viewer to come to her own inevitable conclusion. Both Lorena and her former husband, John Wayne Bobbitt, are interviewed. It's invaluable to hear them each tell their own stories, especially in the context of other legal testimony presented, along with the opinions and thinking of their attorneys at the time.

Long before the end of the four-part series, Lorena makes clear that the abuse of women is the primary issue, which remains far too relevant, dangerous, infuriating, terrifying, and tragic to ignore.

Do you feel this content is inappropriate or infringes upon your rights? Click here to report it, or see our DMCA policy.
Amazon PrimeDark Horse ComicsDC UniversedocumentaryLorena BobbittNetflix