Have Your Say: High Enjoyment With A Low Budget 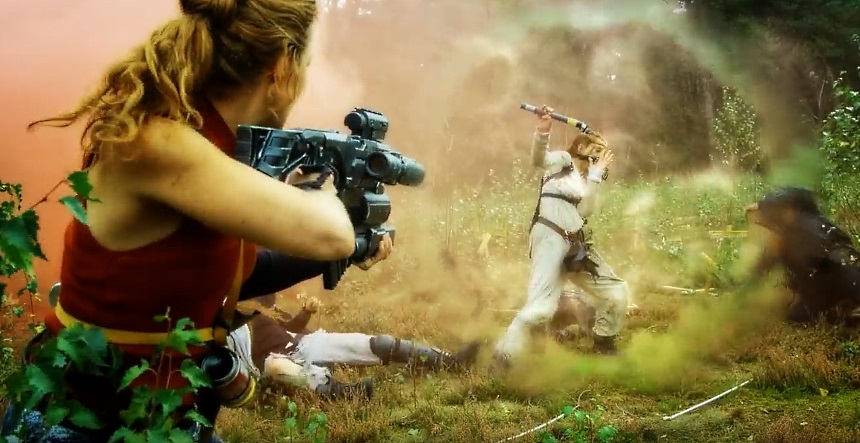 This month, the Dutch post-apocalyptic science fiction film Molly (seen above) got its home-release in the United States, courtesy of distributor Artsploitation. I had seen that film at its world premiere, as part of 2017's Imagine festival Amsterdam, and I bought the Blu-ray to see if the film really is as much fun as I remembered. Rest assured: it is.

In my review I said "...the film wears its low budget on its sleeves, but then proceeds to see what level of awesomeness it can achieve with this. Like with Turbo Kid two years ago, ingenuity is the name of the game here."

And at the moment, the big news from Japan is of course the phenomenal success of the ultra-low budget Indie comedy One Cut of the Dead.

These three titles are great examples of what you can do without buckets of cash, and each of them manages to satisfy. It's impressive what some people can do with just wit and creativity.
So let's this week's topic be about fun low budget films. What film impressed you the most with its budget-less-ness? Which filmmakers managed to get the most bang out of their few bucks?