KILLMODE Gets A Teaser And A Poster 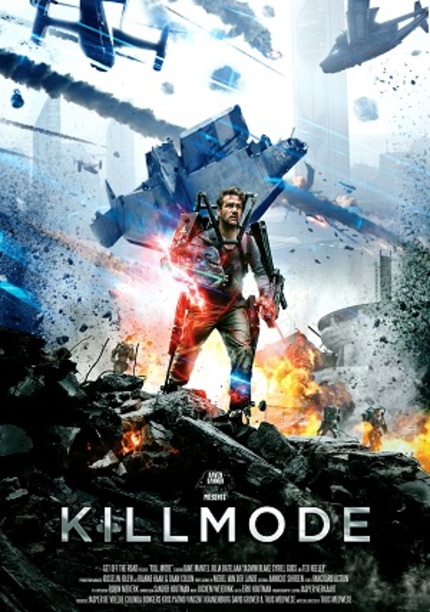 Back in 2015, Dutch directors Colinda Bongers and Thijs Meuwese won a pitching contest at the Imagine Film Festival in Amsterdam, and were allowed to advertise their film idea at Fantasia in Canada later that year. Their vision of a post-apocalyptic action film turned out to be so ambitious, that investors were loath to instantly finance it though. Like the Wachowskis had to make Bound before getting the funds for The Matrix, so did Colinda and Thijs first finish a lower-budgeted film to show they had the necessary talent and perseverance.

That film became Molly, and as my review shows, I enjoyed that one a lot. Well, lo-and-behold: Molly turned out to be impressive enough to allow Colinda and Thijs to film their original concept, called Killmode. And they have just released a poster and a teaser.

Killmode is basically a prequel to Molly, and we see Julia Batelaan return to the role of a young woman who gains terrible superpowers while the world around her falls to pieces. As distributor Raven Banner Entertainment's synopsis states:

In a gritty near future, an ex freedom fighter reluctantly returns to the fold after discovering a disturbing secret that could bring down the company that owns the world.

We get VTOL fights, car chases, exoskeletons, Molly's power-shriek... the teaser plays like a big budget version of Molly, and that makes me very happy.