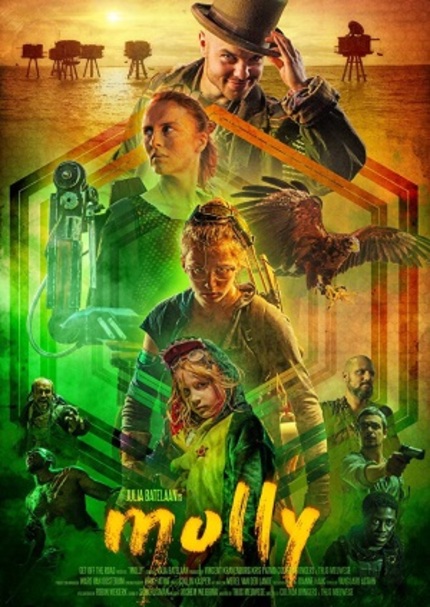 So I went there out of pure curiosity: what could directors Colinda Bongers and Thijs Meuwese, two newcomers with no budget, have managed to put on film? Thankfully, the answer was: quite a lot, as you can read in my review. Low-budget it is, and some of the accents are execrable, but there is much fun to be had with it, and the outrageous action scenes make you cheer for the filmmakers' sheer ambition.

Making a film is one thing, getting it shown at a festival is another, but getting distribution after that is a whole new ballgame. We all know some titles that still desperately need to be picked up. Well: Molly HAS been picked up.

In March, US-based distributor Artsploitation announced that Molly was part of its 2018 line-up, and lo-and-behold, and you can now pre-order it (on Blu-ray no less!) through their site or, you know, the big online outlets.


(Full disclosure: ever since that premiere, I know both directors loosely as acquaintances, and sometimes converse with them through social media. So yeah, I cheered for them when the order link went up.)