Imagine 2017 Review: MOLLY Wins You Over With Perseverance And Ingenuity

MOLLY is a Dutch low-budget post-apocalyptic fun action film, which impresses with its cleverness. 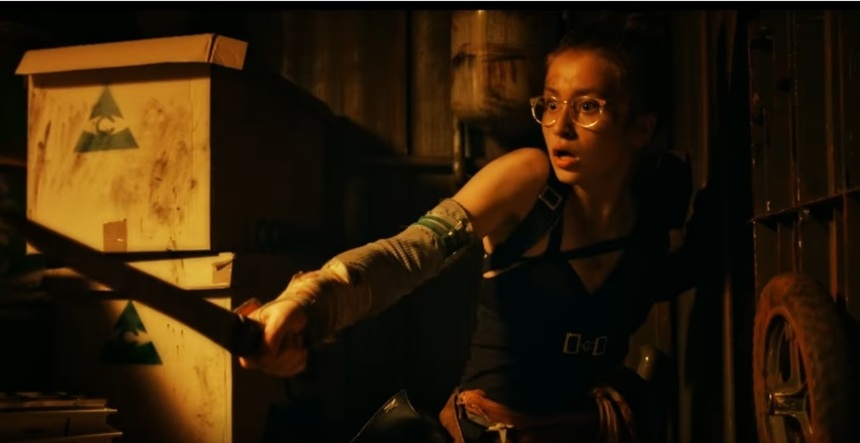 Dutch science fiction films are few and far between, so when the Imagine Film Festival announced the world premiere of Molly, I was intrigued to say the least. And indeed, Colinda Bongers and Thijs Meuwese have managed to create a fun post-apocalyptic caper, and even more impressively: they manage to surprise.

In Molly, we follow a super-powered woman (the titular Molly), traveling through a wasteland of beaches and dunes, some years after a terrible cataclysm. Humans are sparse in this landscape, and some diseased survivors have regressed to a feral zombie-like state. These are called "supplicants", and gangs of humans capture these for sport. "Dogfights" are even staged, where people can bet on their favorite supplicant.

When a gang-leader hears stories about a super-powered girl roaming the land, he starts hunting Molly, for the purpose of infecting her with the supplicant's disease and using her as the gang's new star attraction. Molly has other plans of course, especially after she teams up with a young orphan...

From the opening moments onward, directors Colinda Bongers and Thijs Meuwese pile on the brutality. What exposition there is is nasty, and the main reason we start to like Molly is that she's the only one who acts normal; everyone she meets is either a deranged zombie or a sociopathic asshole.

In this rural world, only a few years into some sort of aftermath, everything is created out of saved garbage, making for a cheap look. Interiors especially seem filmed in an abandoned lasergame arena by a group of friends on a lazy afternoon. Yet here's the thing: the film wears its low budget on its sleeves, but then proceeds to see what level of awesomeness it can achieve with this. Like with Turbo Kid two years ago, ingenuity is the name of the game here. 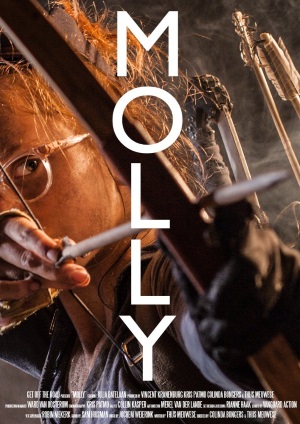 At first the handheld shots and close cuts come across as amateurish, but then the first clever scenes appear, and Colinda Bongers and Thijs Meuwese suddenly up the ante. Fights turn into gritty wrestling matches rather than kung-fu ballets, and realism gets combined with inventive camerawork. Molly often wins through sheer perseverance and stamina rather than skill, and indeed, her worst wounds are sometimes self-inflicted through clumsiness.

When the film finally enters its "attack the fortress" phase (no spoiler if you've seen the trailer), there is a shot so ambitious, so accomplished in its execution, that you can't help but wonder: how the hell did they do this?! Remember how impressed we all were when we saw Tony Jaa ascending those spiral stairs in the original Tom-Yum-Goong? In Molly, something similar happens, only this time it's not a team of the best stuntmen and martial artists in the world doing it, but some VERY cocky people on a tiny budget... and they manage to totally pull it off!

It helps that Julia Batelaan makes for an engaging and charismatic lead. De-glamorized on purpose (the glasses help), she looks nothing like a superhero, and that makes it all the more special when you see her stumble, push, shoot, stab and stomp through scores of villains. Among the rest, acting is all over the place (the persistent heavy Dutch accented English doesn't help), but Annelies Appelhof needs singling out for sheer bad-assery as Molly's nemesis Kimmy. Hollywood take notice: if you need a kick-ass younger sister for Julianne Moore in your film, please do contact Annelies.

Two years ago at the Imagine Film Festival, Bongers and Meuwese won the pitching contest, allowing them to travel oversees to find financing for their project. While that is still a work-in-progress, Molly was made as a sequel-of-sorts, to prove to investors they have what it takes. Well, they sure showed something.

I had a whale of a time with Molly, and so did the audience I saw it with. If this is just a taste of things to come, I can't wait for Colinda Bongers and Thijs Meuwese to bring their original vision to life...


Molly is currently playing at the Imagine Film festival.