Have Your Say: What Is Your Favorite Alien From The STAR WARS Universe? 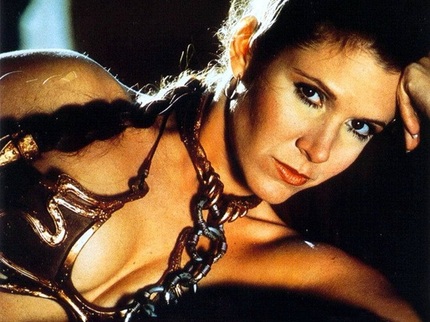 (What? Of course this is an alien, she's from another planet, ain't she?)


So, yeah, Star Wars is happening again, and the hype is stronger than even I imagined, and I'm old enough to have seen this happen quite a few times already. You might say there is a new hope in the air, and everyone hopes the Empire will strike back, and the Jedi will return...

Anyway, there is enough musing about that in the press already. Let's have some fun instead!

What is your favorite alien in the whole Star Wars franchise?
Asteroid worm? Bossk? Jabba de Hut? The Greedo who didn't shoot first? The Sarlacc? The Tauntaun who smelled worse on the outside? Minnie the munching Mynock? There are hundreds to pick from!