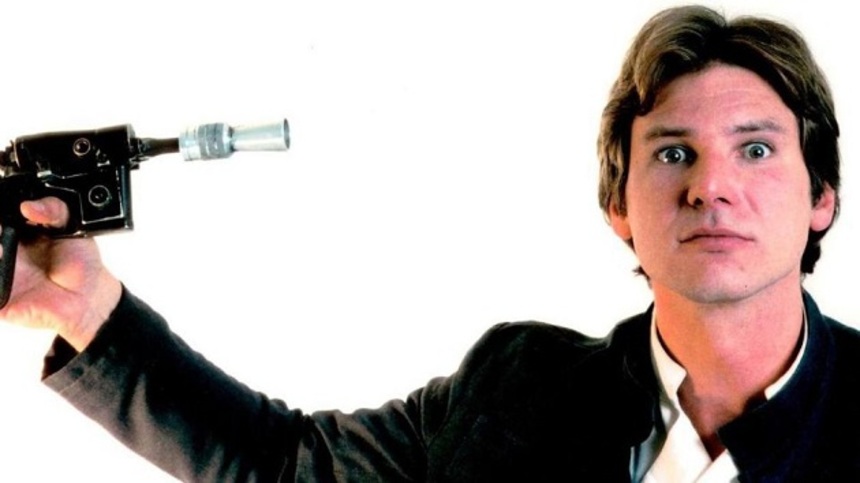 Christopher Miller and Phil Lord, the directing duo behind The Lego Movie and the Jump Street films will direct a Star Wars anthology film focused on the adventures and misadventures of the young Han Solo.
Star Wars alumi Lawrence Kasdan and his son Jon Kasdan are writing the script with the project now set for a May 25, 2018 release.

The story focuses on how young Han Solo became the smuggler, thief, and scoundrel whom Luke Skywalker and Obi-Wan Kenobi first encountered in the cantina at Mos Eisley.

In a statement from the directors over at StarWars.com,

"This is the first film we've worked on that seems like a good idea to begin with. We promise to take risks, to give the audience a fresh experience, and we pledge ourselves to be faithful stewards of these characters who mean so much to us. This is a dream come true for us. And not the kind of dream where you're late for work and all your clothes are made of pudding, but the kind of dream where you get to make a film with some of the greatest characters ever, in a film franchise you've loved since before you can remember having dreams at all."

Okay then. Dream casting time. Who should be cast in the role of the young Han Solo? If there was ever a coveted role in the lands of geekdom this has to be one of the most sought after.
Who will shoot first?
Sign-In to Vote
Tweet 0 Submit

How young we talking?

Let's hope they follow THE PHANTOM MENACE's lead and he's about 5 years old. Great idea that was.

Make it teen years and be inspired by American Graffiti and instead have them piloting Hot rodded spaceships and dancing in zero G.

Well, this sucks. Said no one, ever.

Totally awesome idea. They should throw in Jar Jar as well!

How about River Phoenix as a young Han Solo! (it's a dream cast after all!)

Well, Logan Lerman looks the part, but I don't know about the guy's physicality. On the other hand, I'm certain Dylan O'Brien has what it takes to turn in a physical and charismatic performance, but he doesn't look all that much like a young Ford. How much do we care about that?

i just agree with twitchfilm. < Last saturday I bought themselves a Citroën DS since getting a check for $4535 this - four weeks past and a little over ten k last-munth . it's actualy the coolest work I've ever had . I started this nine months/ago and right away began to bring in minimum $82, per-hour . This is what i do > < Find Here <

Did we ask to see movies of Ethan Hunt learning how to do Impossible Missions?

Did we ask to see movies of James Bond's pre 007 life?

Did we ask to see movies of Luke Skywalker being a farmboy and a student at the pilot academy?

Did we ask to see movies of how Princess Leia got be a "Princess" and become part of the rebellion?

Did you we ask to see movies of how Lando got to be the mayor, or whatever, of Cloud City?

Did we ask to see how Batman bega.... Never mind.

Considering the failure of the Joel Schumacher movies, we actually kinda did ask for a new Batman! And that required a new origin story. But Batman, however, is THE essential main character & protagonist of the Nolan series. Everyone else is a secondary character. NOT unimportant, but still secondary.

Also, because the Tim Burton movies didn't give us much of an origin, except for when his parents got shot, Nolan gave us a refreshing take on the story. But he also made certain that the details of Batman's origin story were relevant to the plot: his decision to become a "bat" symbol, how he got his training, how he learned to fight crime, etc...and basically everything tied together. Not to mention that a lot of details of his pre-Batman life were given to us in non-linear fashion, which usually helps to move a story along while still giving us explanations for how things happened.

In fact, I think it's safe to say that the Nolan series was the first live-action Batman incarnation to give us a detailed look of Bruce Wayne's path to be Batman. And it was done quite well. And there was plenty of suspense. You never really knew who was going to die and not die (except Batman/Bruce Wayne, of course).

I just can't see where the suspense will be in this movie. And unlike "Batman Begins", it's not going to actually move the plot of the entire along. It's just gonna be "oh, that's how it happened."

However, I think the Star Wars prequels, whatever your opinions of them may be, to be a different case. The entire point of the prequels was to show the kind of person that Vader was, prior to his turn to the Dark Side. It humanized Vader (well...it was MEANT to). Basically the point was to make audiences say this when they watch the original trilogy again: "Oh no, poor Anakin is still trapped in that suit and in service to the Emperor."

Also, it did help to show how a Galactic Republic became a Galactic Empire. There was a lot of mystery behind that story.

But I doubt that this prequel Han Solo film will give us any real insight to the type of person Han Solo was before Episode IV of the main series.

Unless, of course, there's a part in the movie where he says "I'll never shoot first ever again!"

hm. You seem to have a very finely-tuned idea that this movie would have to articulate the events in Solo's life directly preceding episode four. But why can't this be a bittersweet Corellian teen comedy about Han's senior year on the Spaceball team, getting his license, nearly flunking astrology, and making big intense plans with friends the way people who are coming of age often do just to stave-off an inevitable lapse into the nihilism of an adulthood in the great open spaces on the edges of Empire? See? It wouldn't have to have any of the characters or plot points you mention, and our biggest concern would be how Han can avoid his planned loveless marriage with Betty Sue Duo, impress the rest of the Bloodstripes in the annual Spice Race, and get the Bucky Dome cleaned-up after the Homecoming bash but before his parents get back home. Que teen music!