Have Your Say: Which Film Made Best Use Of Mars? 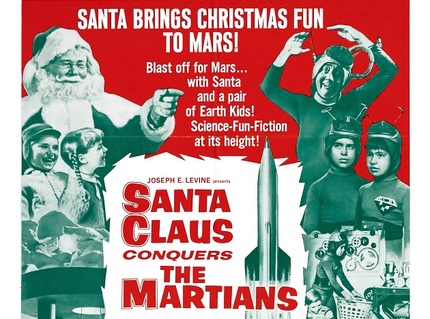 Last week we asked everyone what their favorite film featuring the Moon was (blood-moon hype going on and all...), but this week another astronomical location featured heavily in the news: Mars, and this was because of the stellar (haha) box office by Ridley Scott's The Martian.

Of course that film has been covered here a few times already. We have Jason Gorber's very positive review, and Matt Brown wondered in his column why our increased knowledge about the red planet has only made it less colorful.

Matt's article especially makes mention of Mars as the filmic wonderland it used to be, a fantasy adventure world filled with tropical treasures, scantily clad princesses and huge dinosaurs. Still, using Mars as a sterile place of hazard can result in great cinema as well. So this week, let's copy-cat last week's question but replace the planet.

Which film made the best use of Mars?
All opinions count, so chime in, in the comments below, and HAVE YOUR SAY!