In this edition of our bi-weekly Latin Beat, we hear from our correspondent Ernesto Zelaya Minano, who lives in Peru. He tells us about two new movies: La Academia, an upcoming sports drama, and La Herencia, a comedy.

Next, we head to Mexico, where our correspondence Eric Ortiz Garcia reports on the Muestra Internacional de Cine, considered to be the most important film event in Mexico City.

Click through below to watch the trailers and read about the movies! 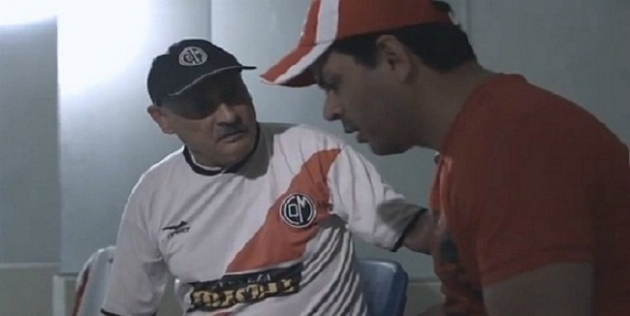 Blanquiazul, a documentary about soccer team Alianza Lima, was the first Peruvian movie out of the gate this year. It was a love letter to the team’s rabid following, and once its healthy theatrical run wrapped up, you just knew other movies would come along paying tribute to one of the many teams in the national league.

And that’s how we come to Antonio Landeo’s La Academia. “The Academy” is the nickname for Deportivo Municipal, another veteran soccer club which has had a lot of ups and downs over the years (it’s been in and out of the First Division many times). Whatever their troubles, this movie is meant to pay tribute to the club and its values, through the fictional story of an up-and-coming athlete trying to make it big in the sports world. The cast features veteran actor Gustavo Bueno, who has largely worked in television the last few years.

It’s a sports drama based in reality; and with most Peruvians being rabid sports fans, especially when it comes to soccer, it’s a wonder more of these films haven’t been made.

La Academia is currently filming in Lima and New York. The trailer gives a release date of 27 July. 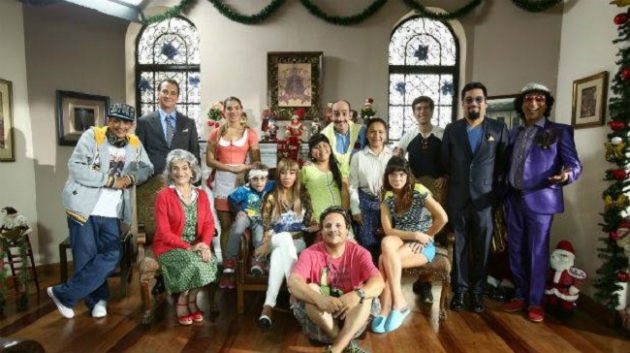 It’s a well known comedy setup: a family patriarch dies, bringing together his wacky dysfunctional family for some hijinks and bonding. It’s quickly become a niche genre all of its own.

Joining the ranks of films like Death at a Funeral is Gaston Vizcarra’s La Herencia, where a normal family man is visited by two brothers he never knew he had, and wackiness ensues when everyone tries to figure out what to do with the recently departed dad’s inheritance. 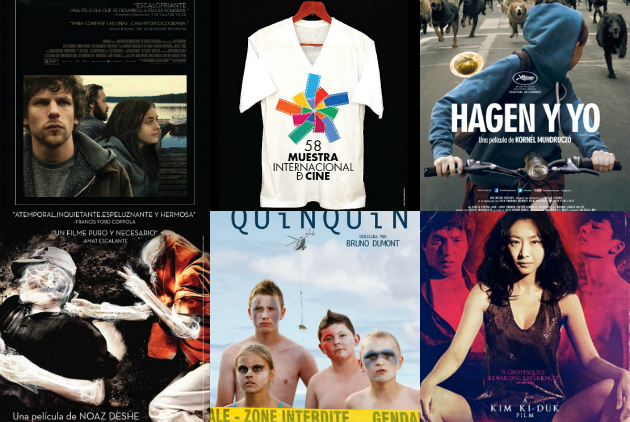 In 2015, Mexico City’s Cineteca Nacional will continue to have two Muestras per year. The Muestra Internacional de Cine offers the best of the world’s cinema and it is considered to be the city’s most important film event, aside of the bigger film festivals. And while the programming of the 58th edition of the Muestra is not as attractive as it should have been, it brings several important films for the first time to Mexico City, so I’m highlighting five of them.

Cahiers du Cinéma chose it as the best film of 2014 and it is widely regarded as the director’s best work yet, though a departure from his earlier works, as it is primarily a comedy. This is the official synopsis: “An improbable, screwball and slapstick police investigation focusing on bizarre crimes on the outskirts of a small town in the north of France that has fallen prey to evil, and to a band of young scoundrels led by Li’l Quinquin and his beloved Eve.”

Moebius premiered back in 2013 at Venice but only now it is arriving to Mexico City. It was described by our own Pierce Cornan as “a wild and courageous work from Korea's enfant terrible, one of the most powerful experiences of the year.”

Night Moves premiered in Mexico at last year’s Riviera Maya Film Festival, but it never got proper distribution. Then, the Muestra 58 is going to be chance to watch it on the big screen. Our own Kurt Halfyard said it is a “tense, quiet thriller that would make Arthur Penn proud.”

I watched White God back at Morelia and wrote the following: "White God shows the rotten side of humanity, with many different aspects of the (cruel) reality that dogs - and animals in general - have to face every day not just in Budapest, where the movie is set, but in the whole world. The film plays like a revenge fantasy, but it is really clever and never feels gratuitous. Plus, it's definitely a technical masterwork, a very ambitious project that demanded a whole lot of work and deservedly got the Palm Dog Award."

This film looks very unique and interesting, as it is about the real albino problem in Tanzania, where the albinos are killed for their body parts.