Ard Vijn
Editor, Europe; Rotterdam, The Netherlands (@ardvark23)
Tweet Post Submit
Scottish distributor Anime Ltd. impressed people with their announced releases this year, of several titles new and old, movies and series. Now that we finally see those releases roll out, it's time to be impressed again. Last month we saw an Ultimate Edition of Gurren Lagann arrive (we wrote a similar article about it here), and this month we get the newest series by the same director: Imaishi Hiroyuki's Kill La Kill.

In a rather bold move, Anime Ltd. releases Kill La Kill a mere seven months after its original Japanese broadcast ended. This means the license is still hot and expensive, and Anime Ltd. has to release it above a certain price point, far above what other distributors in the UK have often dismissed as a non-existing market.

While we can certainly expect cheaper editions in a year or two, three, for now it means the series has to be split in three parts, each being sold for what you regularly would pay for an entire (but older) series.
Therefore, these editions need to bring something extra to the table, so that early adopters who are willing to shell out also have something to pacify their cognitive dissonance with. In short: this Kill La Kill release had better be kick-ass.

And, well, so far it is. And the packaging is an important part of that. Here is a gallery of shots from the first Kill La Kill boxset. Click on the edge of the pictures to scroll through them, or at the center of one to see a bigger version. 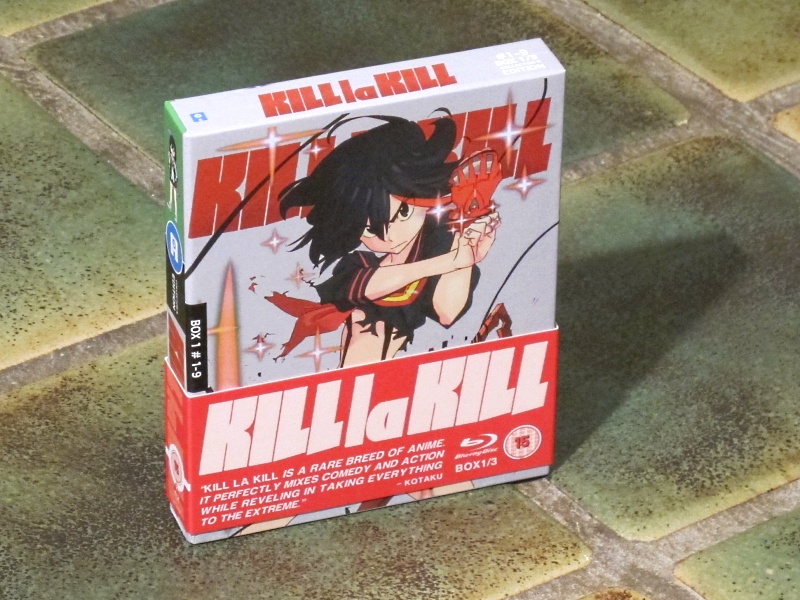 And here it is: a sturdy hard cardboard slipcase with a wrapper. 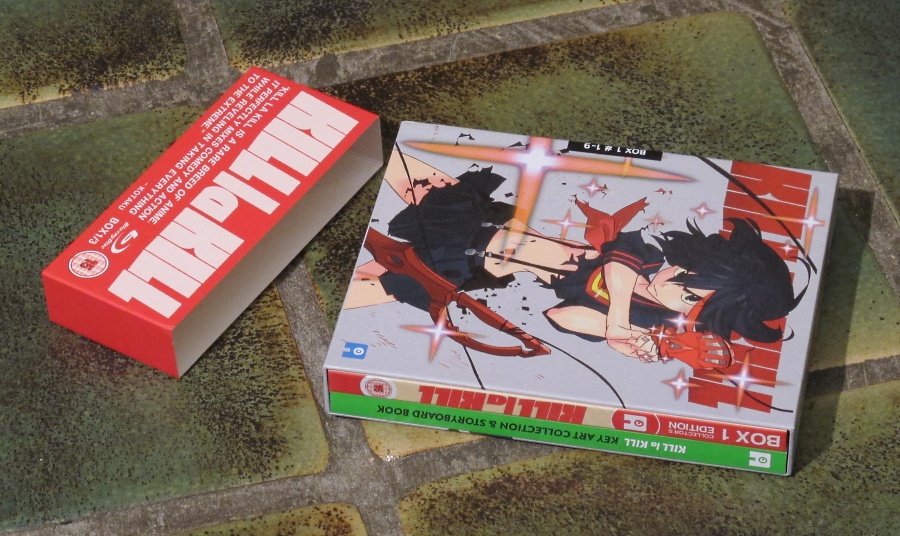 And here it is: a sturdy hard cardboard slipcase with the wrapper removed.

Basically, the wrapper is just there so Anime Ltd. can avoid having to print the blurb and BBFC-rating on the cover itself, and that is a damn cool reason. 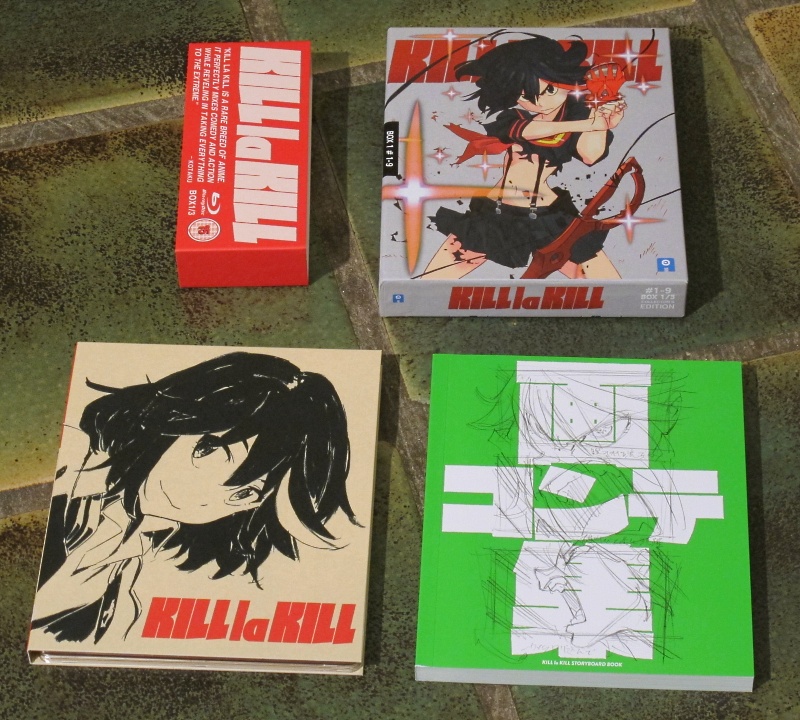 All contents removed: a disc-holder and a book. 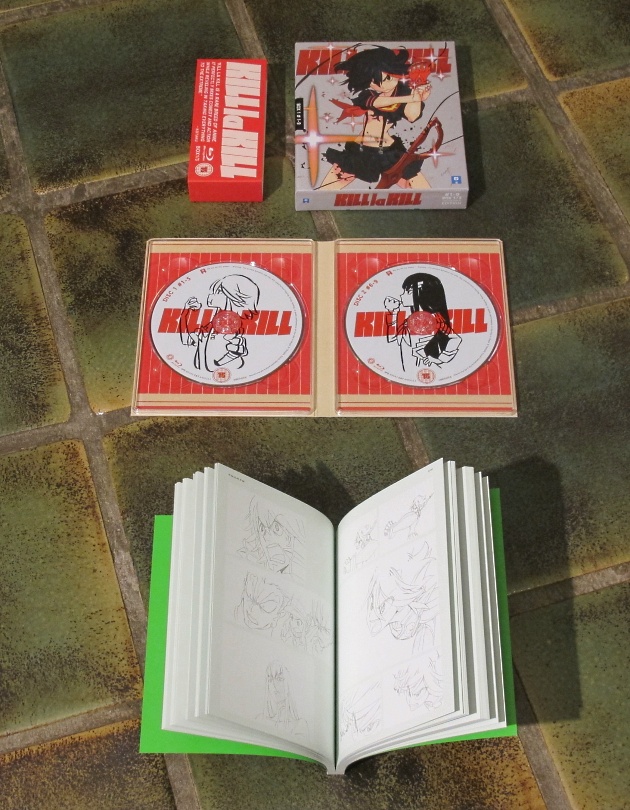 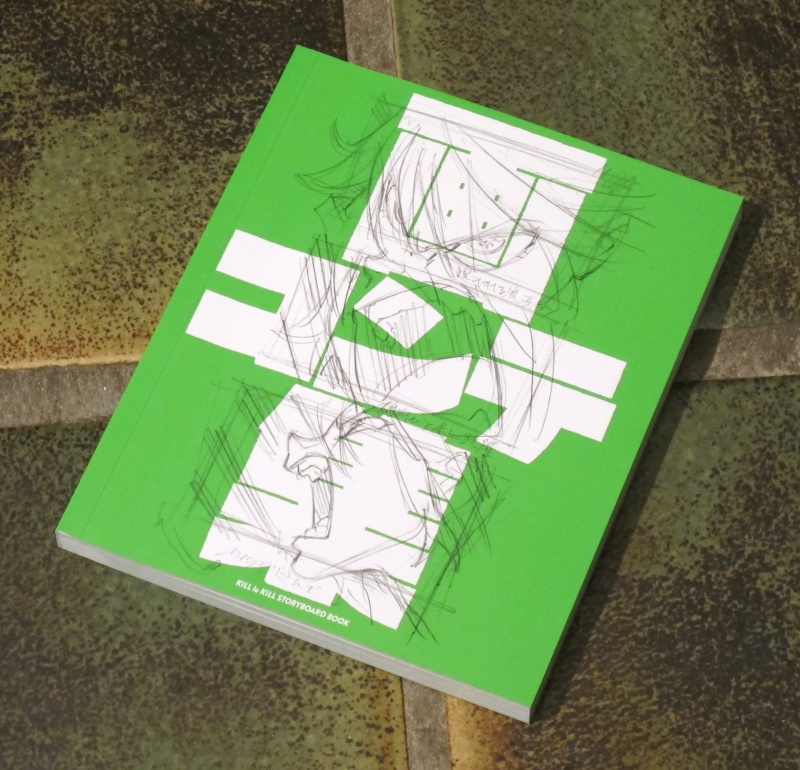 A closer look at the book: it is a softcover sketchbook with a whopping 188 pages. This is basically what makes this set worth paying extra for.

In it, you get designs, thumbnails, sketches and storyboards for the opening-and-closing credits, and the first few episodes. There is a lot of great stuff here, and, not surprisingly (given the series), a few pages are pretty damn lewd. 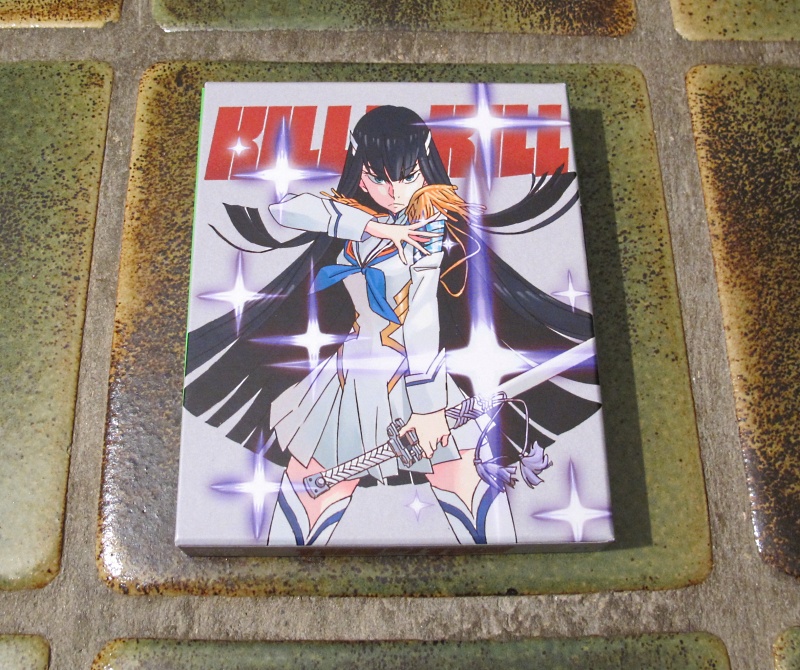 The (back)end.
Please make sure boxset two of Kill La Kill arrives soon, Anime Ltd., or we'll have to send Satsuki to discipline you!

Do you feel this content is inappropriate or infringes upon your rights? Click here to report it, or see our DMCA policy.
animeAnime Ltd.boxsetImaishi HiroyukiKill la Kill