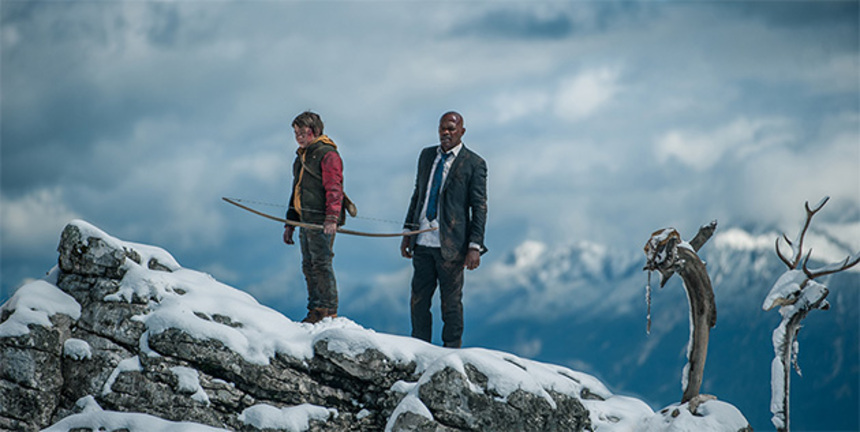 Upstart Canadian distribution company Elevation Pictures added to its already impressive slate of films after the Toronto International Film Festival.
They locked down distribution rights for Finnish flick -- and Midnight Madness entry -- Big Game, the sophomore feature film from Rare Exports director Jalmari Helander. This is very good news for anyone looking for solid and fun action flicks; especially those of us old enough to remember the good years of Amblin-esque entertainment.
Jason Gorber caught Big Game at the fest and had this to say in his review. You will find a link to his full review below.

The best thing you can say about Big Game is that it feels like one of those ideas that feels like it should have been done long ago, like the crafting of a beautiful pop song you feel like you've heard your entire life. Yet the film, at the same time, feels totally fresh, a welcome addition to a Midnight slate that can usually feel a bit dreary and morbid.
Big Game does it all - you've got a great cast going at it full bore, some exotic locales shot extremely well, and a delightfully compact storyline that never overstays its welcome. Helander further establishes himself as a genre director to be contended with. Missiles are flung (in both the archery and guided variety), battles are played out, and there are enough twists and turns to keep you guessing throughout.

Elevation only just celebrated its one year anniversary during the festival, but their lineup is something to get excited about. They also added While We're Young, and saw The Imitation Game, The Nightcrawler and '71 playing in the festival. Their first acquisition was the haunter Oculus and they also have Locke with Tom Hardy.
Tweet Post Submit