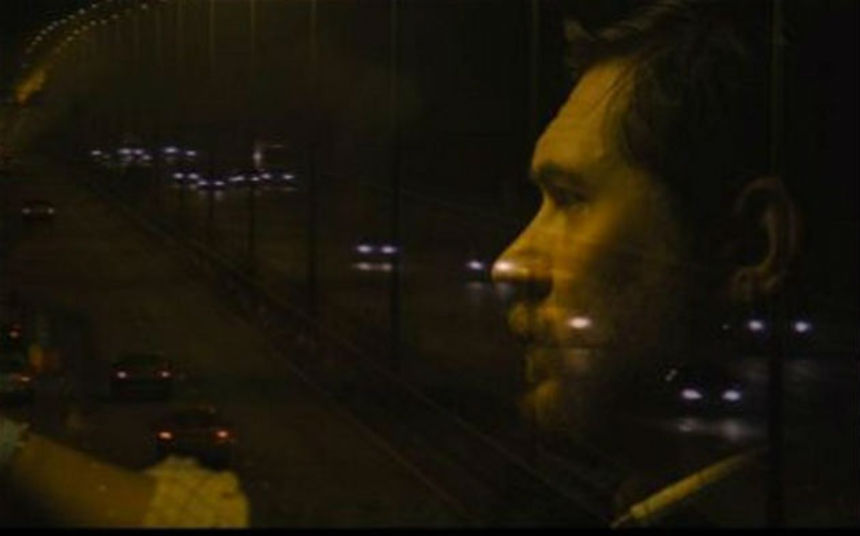 Bravissimo! The entries at the 70th edition of the Venice International Film Festival have honestly been disappointing in general so far, but, luckily, some rather decent exceptions have emerged. This is one of them. Screened "Fuori Concorso" (out of competition), British second time director Steven Knight brings an ingenious thriller of 84 minutes in length solely shot in one location; the inside of a car. Its name: Locke.

Welsh construction manager Ivan Locke, played by Tom Hardy (The Dark Knight, Bronson, Warrior, Inception), has an ideal life. He has the perfect family, a dream job and tomorrow should be the crowning moment of his career; Europe's biggest concrete filling in history. But one call will force him to make a decision that will put all of that on the line. He drives home at night and receives a phone call revealing that in a couple of hours he is about to become a father with a woman he had a one-nighter with and afterwards never saw again. A long drive to the hospital follows, turning into a tense journey taking on great responsibilities.

Beautifully shot at night, while having three fixed Red Epic cameras running the entire time and simply doing the complete thing over and over again just like in a theatre play, the result is a good one. Based on such a simple concept, Locke could have easily resulted in utter failure. However, to director Knight, who previously gave us the screenplays of works like Eastern Promises and Dirty Pretty Things, the importance of writing a compelling screenplay was more than clear and he certainly delivered. He deliberately chose a boring business like concrete for Locke, to fully challenge him into making an exciting film without going down the easy road. Furthermore, Knight also added small little details to the script that worked for the believability of Ivan Locke's personage (note: I'll keep those hidden to avoid spoilers).

Needlessly to say, next to a great script, performance is everything in a film like this. Flying solo the entire film, Hardy really brings it on with his Welsh accent. The entire thing was read from auto cue (not one, but six "idiot boards"), as he noted during the Venice press conference, which in a way makes the end result even more relevant to me.

Flying solo needs a slight correction here, though. This one-man show was written as an ensemble piece. All dialogue in Locke consists of the titular protagonist just having telephone calls. Those would, of course, need persons on the other side of the line as well, but are no more than voices heard through the speakers of his BMW X5's car kit. Acted well, but that still is it. Knight keeps truthful to his concept, as we never get to see any of these characters. The film's visuals remain Hardy, Hardy, and only Hardy playing Ivan Locke in a car full of huge, though contained, emotions. And also he knows how to deliver.

Whereas the danger of too much repetition or boredom with the concept could have been near around the corner, director Knight smartly inserted an additional element to the movie's dialogues. Next to the telephone calls with his wife, his one-night-stand who is about to give birth, his kids and his associates, Hardy's role expands with some almost delusional conversations that Locke has with his dad "sitting" in the backseat of the car. A dad who isn't more than an empty spot in the car, a fitting choice for a person who deserted him when he was born. They let the audience wonder about who this Locke guy is (is this controlled and balanced man crazy?) and explain the protagonist's need to go to the hospital for the birth of his bastard child (not wanting to make the same mistake as his dad did). Furthermore, they are also part of the film's inner soul. Is what you are set in your genes or are you still able to change it? They are quite nicely done and also break up the numerous telephone conversations, through which tension is being maintained.

Typically, while no Batman, in a certain way Locke can still be considered as modern everyday hero. Like everyone, he is a man of flaws, being single-minded and selfish. However, he is also loving, focused and demonstrates the value of taking on responsibilities. Locke driving his car in a certain way is like a captain being on a lifeboat, one that anyone in desperate fear could jump out of, but decides not to do so. This actually is not such a strange thought; on Locke's windscreen we can see stickers of some of the causes Hardy supports in real life. One of them is the Royal National Lifeboat Institution. In that way, Hardy has nicely brought a personal side to his character. Also, Ivan Locke's Welsh background, his soft beard, as well as cable-knit sweater, were ideas that director Knight gave Hardy credit for.

To some, a comparison to a film like 2010's Buried would be an easy one. But a different one is to be made. Locke has an air of coolness surrounding it, reminiscent of the feeling Drive gave me. Which is interesting because Drive and Locke, for the most part, do not resemble each other. For example, action is completely absent in Locke and also the movie's soundtrack is quite minimal, whereas Refn's masterpiece, in my opinion, sends you out of space with its 80s retro kind of score by Cliff Martinez. Still, I could not help thinking about it, as both protagonists from these movies very consciously and controllably approach their actions.

Enough on comparisons, though, as Locke has enough strength on its own. Knight and Hardy managed to literally keep me on the edge of my seat during most of the running time, which wasn't just because of the Sala Darsena's small seats. All in all, Locke is quite an admirable film of an ordinary man making a journey of taking on responsibilities with great integrity. It's one of my favorites at an otherwise slightly disappointing (so far) edition of the Venice International Film Festival.

3.5 out of 5 stars and highly recommended.

Do you feel this content is inappropriate or infringes upon your rights? Click here to report it, or see our DMCA policy.
Steven KnightTom HardyOlivia ColmanRuth WilsonAndrew ScottDrama