Review: THE IMITATION GAME Cannot Live Up To Its Inherent Drama 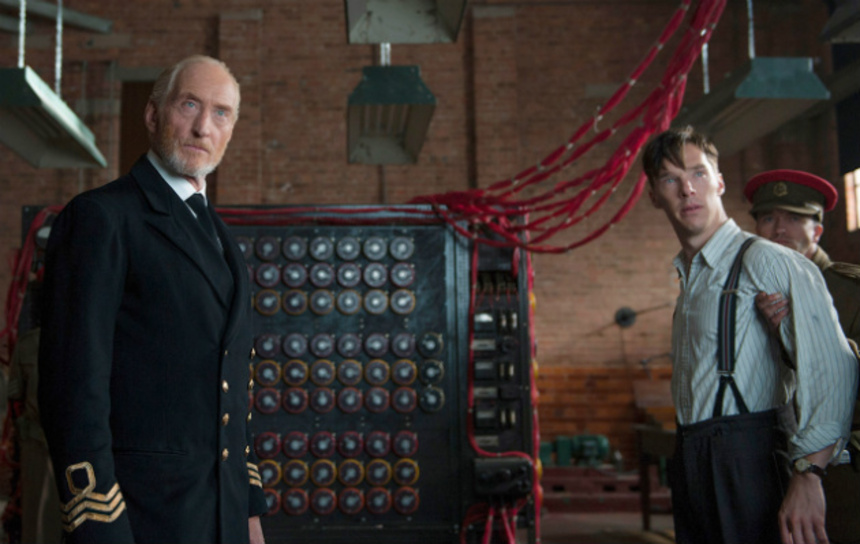 There have been TV versions, drama/docs, and even a musical with the score by The Pet Shop Boys. Now, with The Imitation Game, the attempt is being made to make a definitive drama about the man's struggles, both scientifically and personally, within the context of an accessible period film.

The casting choice seems well in keeping with the intentions here. Benedict Cumberbatch has perfected the art of being coldly cerebral, conflicted and calculating on Sherlock, so his inclusion as the lead seems quite a coup. He's joined by the likes of Keira Knightley, as well as strong supporting roles by Mark Strong and Charles Dance. In fact, much of the pleasure from the film is derived from hearing Cumberbatch, Strong and Dance simply talk, their mellifluous baritones the stuff of Shakespearean rhapsody.

Even the choice of director is interesting. Norwegian Morten Tyldum made his bones with 2011's Headhunters, and this is his English-language debut. With the swirls of darkness surrounding Turing's short life, it was hoped that the lovely touch that Tyldum demonstrated with his previous film would translate well to this new idiom.

Alas, I'm afraid to say it all falls more than a bit flat. Sure, Cumberbatch is up to the task here, providing a mix of the broadly emotional and the painfully reticent. Unfortunately, the story has been streamlined for populist consumption in such a way that it all feels more like a TV melodrama than a real cinematic project. Yes, things have to be reduced for a theatrical running time, but given the complexity of the subject matter, and the real injustices done to Turing during his life, it would be hoped that we got something as extraordinary as its subject, rather than a forgettable, run-of-the-mill dreary bio-pic.

There's never really a sense of danger in the film, as if the real consequences of what was happening don't quite inject themselves into the narrative. The film is strongest when it deals with some of the darker aspects of the story, including the reticence to spill the beans on the code-breaking for fear of being exposed, but this too is needlessly simplified to the point of inanity. Despite attempts at creating this complexity through use of flashbacks and other editing tricks, it all feels in the end little more than a straightforward telling.

We're to simply trust the gasps and awestruck looks of those surrounding him of the genius of Turing, watching the gears turn away on his big mechanism while needless movie obstacles are brought up in order to create narrative tension, only to be (inevitably) resolved by some wry comment and a stiff upper lip.

In the end, The Imitation Game simply cannot live up to the inherent drama of the story it's trying to tell, coming across as far more frivolous and pedantic than it should have been. While the ingredients are there for this game to be a memorable one, I'm afraid this latest film about Turing fails its own test, feeling robotic and wooden, and free from the humanity and complexity that great films of this ilk can bring to audiences.

Review originally published during the Toronto International Film Festival in September 2014. The film opens in select theaters in the U.S. on Friday, November 28, and in Canada on Friday, December 19.

Do you feel this content is inappropriate or infringes upon your rights? Click here to report it, or see our DMCA policy.
Benedict CumberbatchCharles DanceKeira KnightleyMark StrongMorten Tyldum