Hooray For Hollywood! No, Hollywood STILL Did Not Steal Your Script 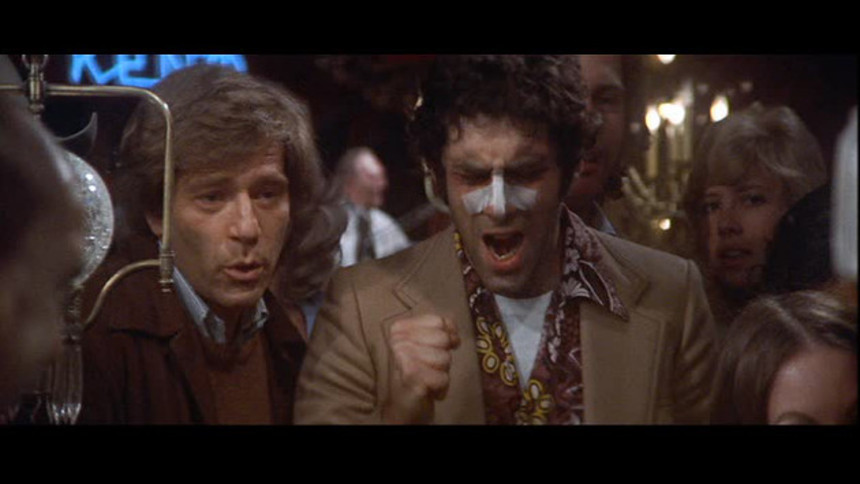 For the last few days, my various in-boxes have been overflowing with friends, associates and strangers alike wanting to know what I think about the latest apparent revelation courtesy of the interwebs.

"Did you know Nic Pizzolatto was a plagiarist??"

And I'm not sure I know that now.

For those of you not finely tuned in to this latest brouhaha, let me bring you up to speed:

Nic is the creator of HBO sensation True Detective, a fairly benign procedural that distinguished itself from the pack with the trifecta of movie-star casting, film-ish cinematography and an is-it-or-isn't-it-supernatural undertone (spoiler alert: it wasn't).

From the moment it aired, people noticed a number of influences on the writing -- some general in their execution, some acute -- with sources ranging from Goethe and Nietzche to Alan Moore, Robert Chambers and Thomas Ligotti.

Some of these influences Pizzolatto readily copped to (mostly those in the realm of "public domain"), others he chafed at.

Apparently, it was only when he was asked directly by a reporter that he acknowledged an allusion to the works of Thomas Ligotti.

To quote Djimon Hounsou in Guardians Of The Galaxy: "Who??"

Turns out Ligotti is the patron saint of under-appreciated weird fiction writers, an heir to the throne of H.P. Lovecraft.

And that is where Mr. Pizzolatto's current headache begins, courtesy of a recent blog post on the Lovectaft E-Zine website by founder Mike Davis.

(Full disclosure: I know Mike from the H.P. Lovecraft Film Festival and have been a guest on his webisodes in the past.)

In the critical post (which you can read HERE), Mike and Jon Padgett -- himself the founder of website THOMAS LIGOTTI ONLINE -- lay out a side-by-side comparison of dialogue spoken by Matthew McConaughey's character, Rust Cohle, and passages from Ligotti's treatise The Conspiracy Against The Human Race which they purport to be the direct, near-verbatim source of the dialogue.

Together with a timeline showing what they believe to be Pizzolatto's evasion of Ligotti's influence on his work, a lot of the internet has come to the conclusion that it is a damning indictment of obvious plagiarism and Pizzolatto should be burned at the stake.

Not wanting to be left out of the opportunity for click-bait, the rest of the internet has risen to Nic Pizzolatto's defense, decrying this attempt to smear one of the great artists of our times.

With just a few weeks to go until this year's Emmy ceremony -- where True Detective is nominated for twelve awards, including "Best Drama" and "Best Writing - Drama" -- the controversy matters to many and both sides are looking to squash the other in the press.

HBO and Pizzolatto released press statements the other day denying any wrong doing.

Pizzolatto, in effect, doubled-down by mentioning a number of his inspirations in his press release and again leaving out Ligotti (it should be noted that he HAS acknowledged Ligotti and, specifically, The Conspiracy Against The Human Race, as influences in an interview with Michael Calia of The Wall Street Journal).

About the internet controversy?

Mostly, the bloviation is people arguing over what should be meant by "plagiarism".

Looking at ALL the side-by-sides (those wanting to write a totally pro-Pizzolatto argument have been cherry-picking the two or three least egregious examples and saying "See? Nothing to it.", a cynical move at best), it certainly seems that Pizzolatto didn't just love The Conspiracy Against The Human Race (as he has admitted).

To me, it looks like he either copied some of it directly as dialogue or was SO impressed by it that he subconsciously remembered passages wholesale with nothing but a slight syntax shift to demark it.

(Note to Nic: in the future, avoid stand-out words like "thresher" at all costs.)

My father-in-law was a department head for twenty years at a major university and he was one of the people asking me my thoughts this week.

His opinion was, had this been a paper for one of his classes, Nic gets an "F" and is reported to the dean for further disciplinary action.

(And -- in fact -- ironic, given that Pizzolatto used to be in academia and should know better).

But it isn't a term paper we're talking about, it's a TV show.

Then again, what too many people are getting wrong (imo) is that they think the effect this "minor" offense had within the scheme of the show's success as a whole is little-to-none, a by-product that a few weird-fiction geeks are going crazy over.

That I disagree with.

I never heard anyone talking around the water cooler about Woody Harrelson's dialogue -- it was almost all about McConaughey and his nihilistic bon mots.

The character of Rust and his world view are linchpins to the entire enterprise, and that can be traced back in sharp relief to specific passages of Thomas Ligotti's writing.

We can see that.

And yet everyone on True Detective is still in deny-deny-deny mode.

And THAT is what I find interesting.

Because it should be obvious that if a Wall Street Journal reporter noticed some lines cribbed from Thomas Ligotti, then so did Ligotti.

I think the bigger story has been on-going for a while now, behind the scenes and out of the blogsosphere.

My guess is that all the protestation on the part of HBO and the relative silence on the part of Pizzolatto is indicative that a lawsuit has at least be threatened if not filed by Ligotti and his people and that a settlement is pending.

Personally, I don't think it's much of a case in spite of the side-by-sides. They're gross, but not much grounds for an effective suit.

And while I don't like seeing any artist robbed of attribution, frankly, I was more offended by the visual language Quentin Tarantino "borrowed" from City On Fire for Reservoir Dogs than this Millennial-skewing "Boy, life sucks" nonsense.

I think we can all admit that QT's career of inspired pastiche went on just fine, thank you, as will Nic's -- the guy is a good writer with great influences.

But no one wants a cloud of stink hanging over an on-going project.

Better to clear the air (and on the cheap if you can).

Probably after the Emmys, maybe the production ramp-up of Season 2, an announcement will be made saying something like "future broadcasts/sale units will have a 'special thanks' to Thomas Ligotti" etc.

(Let me be clear: I have NO knowledge of anything to this effect. All of this is just my opinion/guess.)

A number of e-mails have asked me if this isn't proof that Hollywood is out to steal your script.

In fact, this is the opposite.

This is a friggin' headache for HBO that was (probably) behind-the-scenes and is now front-and-center going into the Emmys and it boils down to ten lines of dialogue lifted from a writer most people have never even heard of.

What all this should be is a lesson to all those would-be Nic Pizzolattos out there:

You, too, can persevere and break through with your writing.

Just remember: don't be too clever for your own good.

Be sure to STEAL from the work of your idols.

If you just copy, you're really rolling the dice.