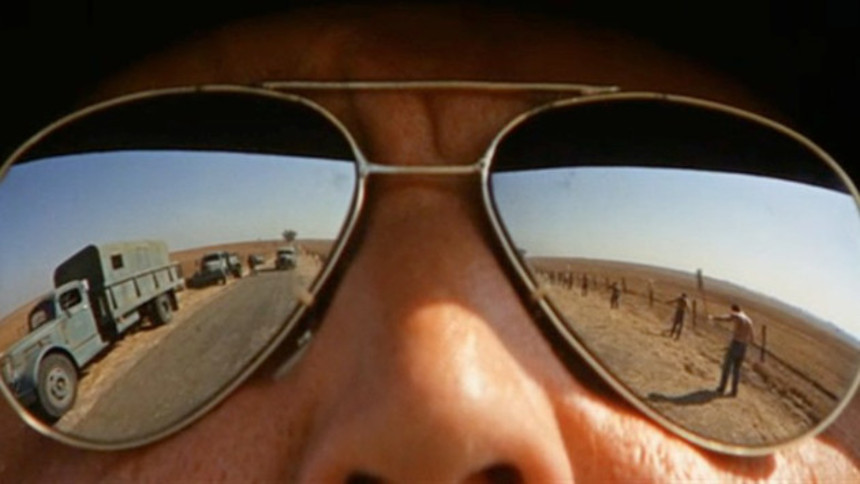 A more contemporary philosopher from Oklahoma offered, "If you find yourself in a hole, stop digging."

Reading many business stories about Hollywood lately, it quickly becomes apparent that few have embraced either the Athenian master or the fine, folksy wisdom of Will Rogers.

How else to explain the self-aggrandizing engaged by deposed Sony executive Amy Pascal at the "Women In The World Conference" earlier this month in San Francisco?

Speaking with rare (if unreflective) candor, the long-embattled Pascal offered comment after comment which seemed to belie any learning curve on her part from the effects of the incident now and forever known as "The Sony Hacking."

(As a refresher: prior to the theatrical release of the film The Interview last December, Sony Studios found its servers hacked and a trove of sensitive data -- including a blizzard of executive e-mails -- was released to the web in order to embarrass the company, presumably from sympathizers to North Korean dictator Kim Jong Un and not James Franco's embarrassed babushka.)

Bursting out of the gates with the honest, if impolitic, acknowledgement that her moving into producing was a soft-landing for, as she put it, her being "fired," Pascal proceeded to lob (unintended?) hand grenades at movies she, presumably, green-lit (regarding the incident-inciting The Interview: "You don't get to choose what you stand up for."); at the actors and actresses she will, presumably, need for her new productions ("They're bottomless pits of need. You've never seen anything like it!"); and at the people who (one could safely presume she believes) mostly live in the "flyovers" who took offense at the black-hat provided peek behind the curtain of Hollywood mores.

The problem, according to Pascal, wasn't that anything untoward had been said or done. No, it was the fact that 'they' just don't get it:

"Everybody (in the Industry) understood because we all live in this weird thing called Hollywood. If we all actually were nice, it wouldn't work."

Not only are you suckers for believing in niceness and growing our food and such, you just don't GET how the rough-and-tumble business of making shit up for a living works!

But what seemed to bother Pascal most was the accusation that she was somehow a bigot because she joked with mega-producer Scott Rudin - he of the stapler-at-head-throwing tantrums and equally massive martyr complex - in a leaked e-mail about what movies President Obama might like to watch.

All the examples, coincidentally, were - ahem - 'urban-audience friendly' and, according to Pascal, a result of what she termed her habit of "role playing" with Rudin.

What neither she nor Rudin (nor Chris Rock, as it turns out) seem to understand is that the "roles" the executive and producer were playing in those e-mails were those of bubble-ensconced, uber-privileged white bigots.

The fact that the media did not uniformly call them out on this fact seems, to me, to be a case of not wanting to shit where one eats, ie: in-and-on the news/entertainment industrial nexus.

The e-mails were dog-whistle racist, plain and simple.

Had this been a pair of white NFL or NBA execs joking about the White House serving fried chicken and watermelon at their respective championship receptions, all hell would have broken loose in the Fourth Estate.

At least, as one of the few women to achieve the heights and success in the studio system that she did, Pascal was willing to address the elephant-in-the-room of gender inequality in Hollywood:

On the video of the interview, the "applause" -- if it can even be called that -- from the audience is tepid, to say the least.

These sentiments would be shocking enough coming from a male executive. That this "let them eat cake" attitude toward an entire gender of professionals comes from a powerful woman at a women's conference makes it outright surreal.

(It's sad that a media baroness could be so badly outflanked by an actress, Patricia Arquette, saying from her perch on Oscar Night what one should have expected from Pascal both in San Francisco this February and, more importantly, during the length of her time in Culver City.)

Unfortunately, the whole episode is no outlier, more rule than exception.

Hollywood is, at its core, a very white, very male, very 1% industry. For anyone who doesn't fit squarely into one or more of those criteria, the object lesson is to try and "pass."

This fear of being "found out" drives most in the suit-wearing classes of town, said fear growing greater the higher they rise, not less. The end result here was a studio chief unwilling to call out a producer on his bigotry and his needless abuse of a studio asset - Angelina Jolie - in a series of juvenile electronic missives.

Tellingly, she was more concerned about the contents being made public, not that she had made them in the first place:

Note to Hollywood, since you clearly missed the first million memos: if you do not want everyone else on the planet to think of you as a racist, misogynist, sexist, classist, homophobe, whatever? Don't write that shit down.

Time and again in the interview, Pascal refers to herself as someone who 'runs a business' yet never seems to understand that -- to people outside her sphere, at least -- her response to the hack (and even her continuing, misplaced quest for sympathy) reveal someone no longer able to run that kind of business well.

To be fair to her, the leak itself could not have come at a worse time for anyone leading that company: Sony's non-entertainment divisions have been hemorrhaging cash for years, making the studios' cash-flow ever more important and, arguably, the most important film of the 2014 slate - The Amazing Spider-Man - underperformed. A lot.

With the battle cries of Dan Loeb still echoing along the corridors of the Thalberg Building, the last thing anyone at that company needed was The Interview, let alone the attending hack.

Yet none of that pardons her overall corporate performance, nor changes a fact that many executives in the realm of publicly-traded Hollywood companies fail to fully appreciate: these are NOT "their" companies.

Sony was, and remains, a company of its shareholders.

While the e-mails to-and-from Pascal which were leaked may have been legally "hers" (if they were sent using a private account and during a "work break", per US labor law) they were not, in fact, practically hers.

Sent through company servers, they were -- and are -- seen by anyone outside that particular bubble as being representative of her function as a Sony executive.

What that means is everything - EVERYTHING - she or any other executive at a publicly traded company writes in their electronic correspondence is not a "private" message in any real sense, but an extension and reflection of the company, something it seems none of them give a flyover-fig about until the contents within are about to be made public to the world and, more importantly, the Board Members who okay their annual bonuses.

And the problem of a pathologically narrow POV is by no means limited to Amy Pascal.

The Hollywood elite tend to live -- like most elites -- in a self-selected, self-reflective bubble, well ensconced away from any of the people whose stories they hope to tell, let alone the ones they are trying to sell tickets to.

In Robert Altman's 1992 film The Player (a near documentary about the political workings of the Hollywood studio machine), the criminally underrated Brion James asks the executives of his own studio when the last time was that they had actually paid to see a movie in a theater with other real human beings. None could offer an answer.

While that extreme is patently untrue in reality (especially since studios have gotten stingier with free screenings and screeners), the chances that any studio executive, agent or Hollywood producer has watched a movie in an actual theater in a city outside the top five US markets is slim at best. That they would have done so in a Sullivan's Travels / Barton Fink way -- to get to know their audience better -- is sheer fantasy.

It's been my opinion for a while now that this kind of cultural inbreeding contributes directly to the "death spiral" the studios find themselves in (and which is what Lucas and Spielberg alluded to in their much referenced panel discussion last year): fewer movies made for more money with fewer people willing to go see them. Not a good business cycle.

Much of this is a function both of the explicit commoditization of cinema and the poorly executed merger of business and "creative" duties in the executive suites.

Matt Brown pointed out in a wonderful column that we have -- clearly -- reached "peak visual effects."

But we as a species will never reach "peak story."

From the first painting on the wall of the cave, humans have craved story.

It is what will bring people -- yes, even Millenials -- back into the theaters. But in order to do that, the people in charge of green-lighting the "story" need to actually understand people -- real people -- and that starts with understanding themselves.

Based both on the movies being made and the hubris on recent display, those qualities are likely in short supply among the current breed of studio leaders.

During her sit-down with Tina Brown, Pascal said that, ultimately, she found the release of her ill-conceived e-mails to be "strangely freeing."

She should feel a similar freedom in no longer representing a massive multi-national corporation. Now when she bad mouths the movies she makes, defends gender-wage discrepancy or laments dings to her reputation for things she actually did write and/or say, she is only making a fool of herself, not a massive international company and the people who own it.

Some women, too, it seems.