Hooray For Hollywood! Come For The Weather, Stay For The Contacts 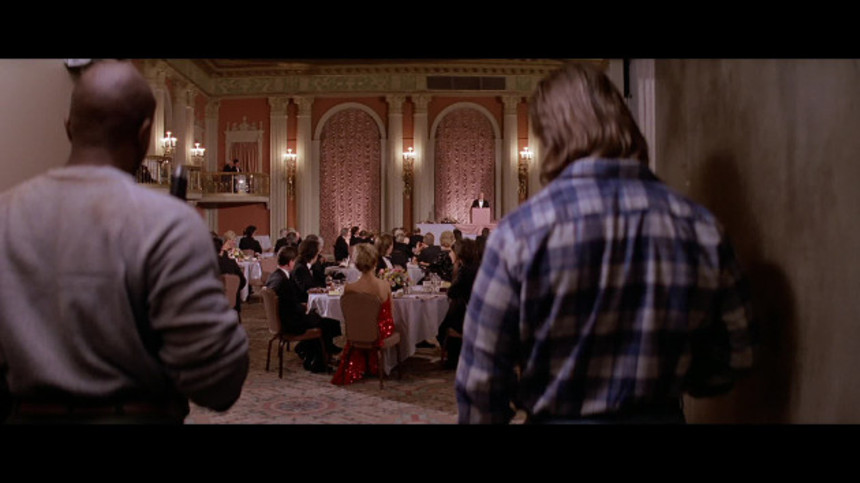 During my travels, I often get asked by people (both in and outside the Industry): what do I think are some of the keys to a "Hollywood-level" career?

There are various things that I offer as examples (being born to a billion-dollar director or studio head comes to mind) but one answer is always at the top of the list: proximity.

And, for reasons I can never quite understand, the response I almost universally receive to that facet is a queasy look and some version of this:

"But what if I don't want to leave 'DREAM-HAMLET-X' for Los Angeles?"

To that, I say -- no problem. Just enjoy being a medium-size fish in a small pond.

Yes, there are other North American cities with a fairly significant amount of production and ties to the industry -- New York, Vancouver, Toronto, Chicago -- and, yes, the global marketplace is radically changing the landscape of both development and production.

There will come a time -- probably sooner than I like to think -- where a new epicenter will be dominant for the global creation and distribution of entertainment.

But for the past, present and foreseeable future, when it comes to entertainment, Los Angeles is -- in the alleged words of Willie Sutton -- "where the money is".

In my opinion, regardless of what aspect of the industry you're drawn toward, you are probably best served by being in "Hollywood".

Director, writer, actor, producer, agent, manager, executive, grip, DP, editor, fluffer -- doesn't matter. If you want to lead your field, be considered among the best, there is only one place to do it and the sooner you get there, the better.

It's the reason that the best of "Insert-Country-Here" continue to almost always relocate to L.A. at some point. It's to make their mark with the studios, to be on the biggest stages -- both literal and metaphoric -- in one of the world's brightest industries.

It's also the reason why any time a Hollywood production comes to town -- be it in Boston or Austin or any point between-- the local department-heads shift down a few rungs on the ladder. A great local cinematographer becomes a perhaps-overqualified camera operator.

"Who the hell is John Toll? Billy's as good as he is."

Maybe Billy is (doubtful). But Billy lives in Texarkana and John Toll lives in Hancock Park (he doesn't, so far as I know, but you get the idea).

The point is: most of the A-team that a production brings to town -- even if they don't actually live in Los Angeles anymore on a year-round basis -- spent years and years in Hollywood.

Building up not only a body of work but a network of people who knew them beyond their resume and their reel.

We've all heard that chestnut, right?

Most people seem to think what this means is that if someone is vastly less qualified than you, but they just know the right person, they'll get the job over you.

(Well, that might happen sometimes, but it isn't the point of the saying.)

The point is this: it is a part of the human condition to want to minimize discomfort and maximize comfort. Therefore, if you are presented with two options, equal in nature, but one is an unknown commodity? Ninety-nine times out of a hundred, a person will choose the (personally) known over the unknown.

Is it always the right decision?

You want to be successful in whatever it is you do? Then be the "known" option.

Talent alone won't get you noticed if you're in hiding.

"But Diablo Cody was discovered when she was still living in the Midwest!"

By Mason Novick. And he was where, again..? Right.

Also -- not to burst more bubbles -- but if you believe that Diablo's talent is what got her in Mason's sights, out to La La Land and into the Oscars, you're ignoring the greatest single factor to success -- not just in Hollywood, but in life -- that there is: luck.

Is Diablo a talented writer? Opinions can vary (often hotly), but I go with "yes".

Then was it "luck" to get discovered by someone cruising the internet late at night from a thousand miles away who just HAPPENED to be plugged into the Hollywood machinery for the previous ten years and looking for clients?

So, yeah, it worked out for Diablo staying put, getting her stuff up on the web and waiting for a call.

But for the rest of us, it makes (much) more sense to be local to the action.

Will it be easy?

Will it be fun?

"Can you guarantee me I'll replicate the local success I've already had?"

Oh, wait, you were serious?

For starters, it might be that you've only had local success because everyone else around you sucks even worse than you.

Or it could be that you are, in fact, awesome at what you do, but you just won't be able to generate enough gravity to pull the right bodies into your orbit once you get to Hollywood.

That is a legitimate downside to being in a company town like Los Angeles -- almost everyone else is here to do what you're trying to do and the competition for oxygen can get fierce.

Everyone who wanted out of the "student film and corporate video" purgatory of their home town has already moved here and they've been clawing together a living ever since.

When I moved to Los Angeles, I had primed the luck-pump (as it were) via my girlfriend at the time: her parents were both studio execs and she wanted me to move out, live in their guest room and get a job at one of their dream factories.

I packed a bag and flew out!

Picking me up at the airport, we were heading up Sepulveda -- presumably to her family's house in the Palisades -- when she suddenly pulled over to the side of the road.

Refusing to turn and look at me, she just said, "We need to talk."

(I think we all know where this one went.)

She was decent enough to indulge me with a shower at their house, a grotesquely awkward and silent dinner with her folks and a night's sleep on a couch in the garage before turning me loose and quickly moving on with a venture capitalist.

I was homeless for more than a year after that, first at hostels, then sleeping on couches at a series of Los Angeles fraternity houses (I had picked up some handshakes and code-words from various roommates over the years) and finally in the trunk of a used Saab 9000 on Venice Blvd.

But good work on that set led to another gig with him (his cut went down to $50) and, eventually, I began landing jobs that weren't obtained through him. Those led led to an (unpaid) internship which led to a mailroom job which got me my first apartment and so on.

The point is this: if you want it, go get it.

Yes, plenty of good work is done locally. ScreenAnarchy is filled with the best examples of those local productions from around the world and they are usually some of my favorite films each and every year.

But life often boils down to numbers: X chances for Y people.

You want in? Come on out.

I can guarantee it will help you to make your own luck.

What no one can guarantee is whether your luck will be bad or good.