Welcome to a new semi-regular subsection that we like to call the "Bullet-Points Memo." The idea behind BPM is to highlight multiple contemporaneous entertainment business stories that seem interesting to us (and, hopefully, you).

We will be pulling stories, ideas and issues from La La Land and beyond and (again, hopefully) you all will be steering us towards some topics/stories that you're interested in that we might have otherwise missed.

So, without further ado, away we go...

As I write this, the answer (which some may find surprising, especially if they live in the United States) is Mad Max: Fury Road.

While much of the press in North America focused on the victory Pitch Perfect 2 had in its domestic box office opening weekend, the real story - as always - is international, where Fury Road has dominated, leaving it with a total global haul of nearly $125 million compared to Pitch Perfect 2's $122M going into the second weekend of release.

If I were to offer a bet, I would guess that Mad Max: Fury road will continue to outpace the latest Pitch Perfect in global returns, quickly rendering the disparity in their production and marketing costs moot. (Any takers?)

The problem with media stories like the ones that dominated on the Monday following the opening weekend of the two films - beyond the fact that the lazy American press is a sucker for any kind of "horse race" angle - is that it fails to understand the differing nature of the two films: one made primarily for an international audience and return, the other focused to a greater (though not exclusive) degree on a particular demographic in the North American audience.

In the case of the US release, the Venn diagram of the two definitely has a decent area of overlap but, because of that, the numbers on the weekend should only be seen as win-win-win:

Unfortunately for the marketing department at Warner Bros., the media aren't the only ones more interested in the simplicity of a horse race and I'm pretty sure someone at the studio got an earful from representatives of institutional shareholders to pass on down the line. 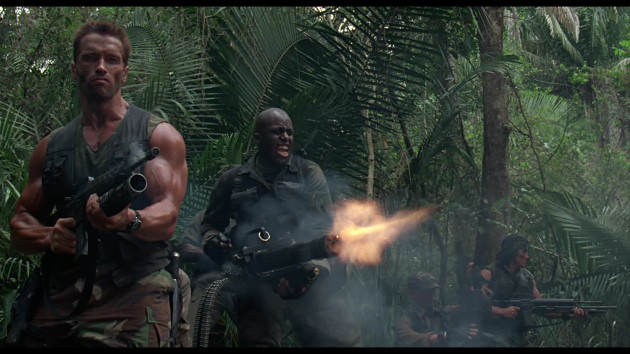 A long time ago in an IM Pei-designed building not so far away, the "Young Turks" of Creative Artists Agency lured two fast-rising agents at rival United Talent - Jason Heyman and Martin Lesak - to bring their talents and their "talent" (ie: the actors and filmmakers the two represented) down Wilshire Blvd for what was, undoubtedly, a generous financial incentive.

Much teeth gnashing ensued at UTA, with lawsuits threatened and the word "betrayal" thrown about like darts in an English pub.

Ten years later, UTA has returned the favor, luring Heyman and Lesak back to the fold along with their impressive stable of comedic clients which includes Chris Pratt, Anna Faris and Will Ferrell among them.

A slew of younger CAA agents joined the exodus from Century City's "Death Star" to Beverly Hills and, again, lawsuits are threatened and the word "betrayal" is being used as if the partners at CAA were suddenly feeling like Sonny to Heyman's Fredo.

My guess is some financial penalty will be paid by UTA to CAA for the few agents who may have been "induced" to leave while still under contract (Heyman and Lesak likely fall under California's post-Olivia de Havilland V. Warner Bros. personal services limitation known colloquially as the "seven-year rule") but, in the end, it's much ado about nothing and merely business as usual.

The most interesting element (to me) in all of this is the position of TPG Capital, a large private equity firm that entered into an ownership stake of CAA in 2010, further increasing their stake in October of 2014. (Silver Lake, another equity firm, has an invested relationship with William-Morris Endeavor). How do they feel watching, for the first time, the wide-scale flow of assets streaming out their front door?

As much as I can understand the revolving-door of suckers quick to throw financing at studios and their slates (Japanese multinationals, Canadian and French multinationals, German pensions, hedge funds and trust funds) this relatively recent expansion into agency equity has left me asking: why?

An agency - unlike a studio - offers very little in terms of asset value. Real estate is limited, often leased not owned, and there is no library of intellectual property to be licensed, revisited and exploited.

The only thing of value is human capital - those working for the agency, their professional relationships and the clients they represent. And, as this volley and return demonstrates, the status of all that capital -- especially with regards to the clients -- is fluid (cash-flow from operations is seductive, granted, but I would think the cyclical nature of it would be worrisome).

What these equity relationships offer the agency, on the other hand, is clear and immediate: a boat-load of liquidity that creates immense value for the agency partners, value that - according to these latest agent-level defectors - was quickly leveraged and pocketed, neither shared with the hoi polloi nor re-invested in the company-proper.

Those two tales combined - the easy migration of assets and the (apparent) cash-out nature of the agency partners - should offer future would-be equity investors everything they need to know to avoid the same pitfalls; yet, parade a few stars and starlets through a cocktail party and sound financial sense is sure to go out the window again, forgotten like it's Chinatown. 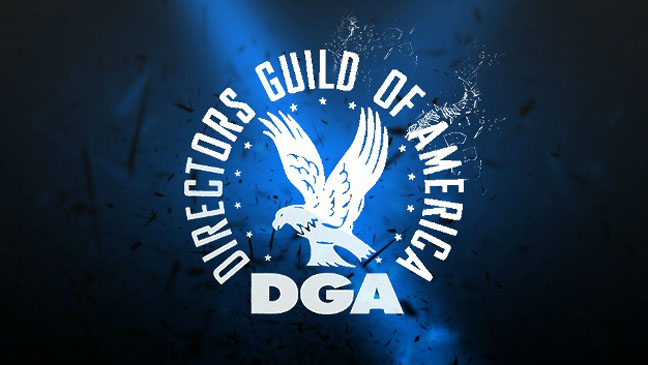 Labor unions have had an important -- if occasionally opaque -- role in the American entertainment industry, and while the harsh images of Upton Sinclair's The Jungle are perhaps better substituted by scenes of indentured servitude under a gently swaying palm-tree, the guilds and unions remain (in my opinion) a vital voice in making sure that the makers of the "content" for the few remaining studio behemoths are compensated (fairly) well and in a safe environment.

Disheartening, then, to see two unions under attack from would-be/should-be allies.

First, the case of the Directors Guild of America finding itself named in calls by the American Civil Liberties Union for a government investigation into Hollywood's hiring of female directors.

Beyond getting many of their facts wrong -- such as the charge that the DGA advises producers on whom they should hire, a ridiculous claim that demonstrates zero understanding of the way Hollywood and the various creative guilds operate -- the ACLU seems at a loss to comprehend the way that guild membership of feature-film directors is, for the most part, created.

Although both the DGA and the Writers Guild have apprentice programs which can lead to eventual membership, both unions are predominantly populated in the feature film categories by members who were first hired by a signatory company to write or direct a feature and, then, grandfathered into the union for compliance sake.

Given that (admittedly byzantine) process, the guilds are -- in some very real ways -- subject to the whims of the studios for the make-up of their membership. For the ACLU to target the DGA as co-conspirators is absurd on its face and has female membership of the Guild -- including former DGA President Martha Coolidge -- taking to the press to combat the very notion.

A different kind of union-on-union violence is taking place in the halls and voting booths of Actors Equity, where an unwarranted attack on Los Angeles' 99-seat Equity Waiver by the New York office has (likely) led to the victory of Kate Shindle over incumbent Nick Wyman.

For those unfamiliar -- i.e., everyone outside of Los Angeles -- the Waiver allowed stage productions in sub-100 seat venues to avoid certain costs, such as paying minimum wage for rehearsals, and allowed for a wide and varied small-theater experience in Los Angeles.

(Full disclosure: I was involved in producing several Equity Waiver shows in LA, many moons ago. All were -- by design -- money losers, as most EW productions are.)

The main office's drive to eliminate the waiver might have seemed like a winning fight back in Manhattan but -- by not asking for the west coast's input -- leadership inadvertently created an environment of fratricide in an acting community still shaken by years of turf warfare between SAG and AFTRA .

So, that's it for the inaugural missives. As always, please let me know what you think and what stories -- locally or globally -- you think deserve a spotlight or two!