Marvel's DAREDEVIL Gets CABIN IN THE WOODS Director; JESSICA JONES Gets TWILIGHT Writer 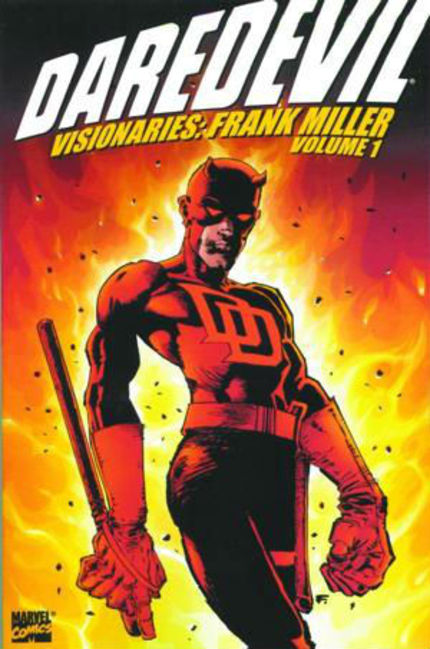 Marvel is reportedly in negotiations with key creative forces for two of their upcoming TV series that will be available via the Netflix streaming service starting in 2015.

Daredevil, which revolves around a blind attorney who fights crime in New York's Hell's Kitchen, will be written by Drew Goddard, according to The Wrap. Goddard's television experience stretches from Buffy the Vampire Slayer to Angel (as a writer) to Alias to Lost (as a writer/producer). He wrote the screenplay for Cloverfield and made his directorial debut with The Cabin in the Woods. He also came on board to work on the troubled third act for zombie epic World War Z.

As expected for comic book property-adaptors, Goddard has professed his love for Daredevil in the past, specifically in an interview with Collider. He especially likes Frank Miller's run, which, I agree, was pretty awesome, and would be a great place to start.

Meanwhile, Jessica Jones appears to be falling under the spell of Melissa Rosenberg, who penned the screenplays for all four installments of The Twilight Saga. She too is a television veteran, having about 15 years of experience working on a variety of shows (Birds of Prey, The O.C., and Dexter among them).

Even more to the point, she worked on a previous attempt to adapt the character for TV about three years ago, according to Deadline. She would serve as both writer and executive producer. Jessica Jones is an "embittered former superheroine" who opens her own detective agency; she was created for Marvel by Brian Michael Bendis back in 2001.