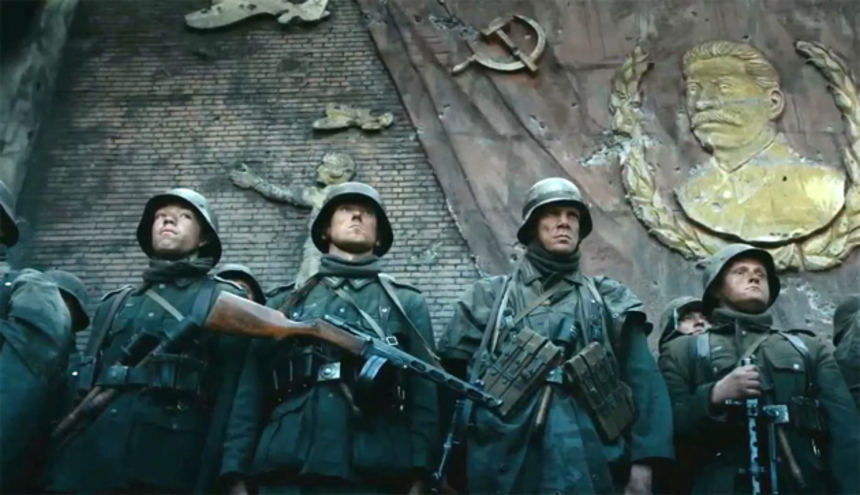 Stalingrad, the epic 3D IMAX rendering of one of World War II's most pivotal battles was a monstrous success when it opened on home turf last month and has done the same in China, pulling in an RMB50 million opening weekend against little competition. Fedor Bondarchuk has been a ScreenAnarchy favourite since his previous war film, The 9th Company, popped up on our radars, and it is thrilling to see that his latest offering - which appears to blend the styles of Feng Xiaogang and Zack Snyder with his own penchant for strong characterisation and grand spectacle - is being as well-received overseas.
James Mangold's The Wolverine continued to do strong business in its third week on release, and has now amassed more than RMB240 million on the mainland in less than 20 days. The other new release that appears to be performing well is Hotel Transylvania, Genndy Tartakovsky's animated horror comedy, featuring the voice talents of Adam Sandler, Kevin James, Andy Samberg and the rest of that particular creative troupe.
Donnie Yen's Special ID heads up the domestic properties in the Top 10, which has to-date taken  just over RMB150 million in a little over two weeks. New releases Baby Blues, A Chilling Cosplay and Pay Back failed to make much of an impact, as French comedy Fly Me To The Moon and Hollywood magic/heist flick Now You See Me continue to draw traffic.
The big new release this week is Escape Plan, the Stallone/Schwarzenegger prison thriller, which opened wide across the mainland yesterday. The well-meaning yet relatively underwhelming throwback actioner looks to have a clear run at the chart this week, but without 3D or IMAX helping bolster the ticket price, it may struggle to make an impact against Stalingrad and Hotel Transylvania.
Box office figures courtesy of EntGroup
Tweet Post Submit