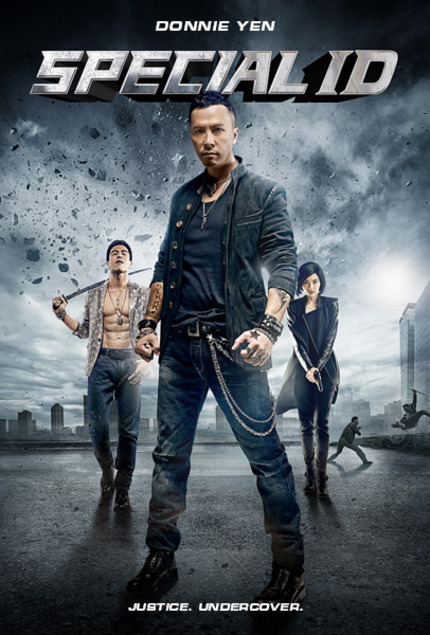 Donnie Yen fans in the US will be able to indulge in the screen icon's latest martial arts offering, Special ID, with its limited theatrical run beginning tomorrow at LA's Laemmle NOHO 7 and the film also hitting VOD platforms to show off Donnie doing what Donnie does best: Punching people.

Donnie Yen is Detective Chen Zilong - but the criminal underworld knows him as "Dragon" Chen, a dangerous but effective enforcer. When rivalries explode with the reappearance of an old enemy and a brutal murder, the Triads close ranks and unleash a series of executions - with Chen at the top of the list. Undercover and under attack, he has no choice but to rely on a new partner (Jing Tian) and his knowledge of the streets to get out alive. It's the only chance he's got.

We've got an exclusive clip from the film for you down below, and fight fans will go away happy as it's a one on one fight sequence between Yen and up and coming fight star Andy On. Take a look below!

Do you feel this content is inappropriate or infringes upon your rights? Click here to report it, or see our DMCA policy.
andy onclipdonnie yenmartial artsspecial idtrailer