Violence On The Streets Of Copenhagen: An Overview Of Pre-DRIVE Refn

Todd Brown
Founder and Editor; Toronto, Canada (@AnarchistTodd)
Tweet Post Submit
Though we've been fans of Nicolas Winding Refn going right back to his debut picture, Pusher, for many people the Ryan Gosling starring Drive was their first exposure to the prolific director. So consider this our gift for those people: An overview of Refn's body of work pre-Drive with trailers included. So if you've been wondering where to go next, let this be your guide. 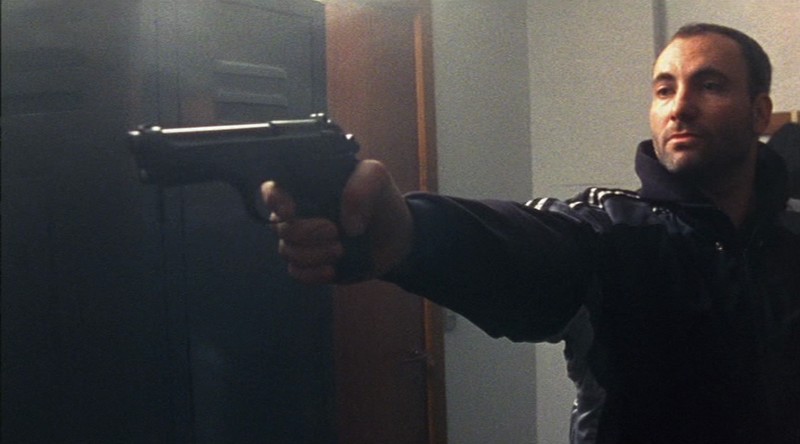 Winding Refn’s stylish, edgy debut—which the director turned down an enrollment offer from the prestigious Danish Film Institute to make—stars Kim Bodnia as Frank, a low-level drug dealer working the streets of Copenhagen. When a big-time deal goes wrong, Frank finds himself in serious debt to his supplier, the vicious crime lord Milo (Zlatko Burić), who gives Frank a terrifyingly short timeline for repayment. Desperately scouring the city in search of the cash, Frank becomes increasingly frantic as the clock ticks down, knowing that failure to pay up will mean a grisly end for him. A gritty descent into the bowels of the Danish underworld, Pusher revels in its assertive stylishness and flamboyant violence, but its true strength resides in Bodnia’s stellar performance in the lead, working his already considerable intensity up to a fever pitch as the pressure on Frank builds. Notable also is a young Mads Mikkelsen, making his feature-film debut after a previous career as a professional dancer, as Frank’s sidekick Tonny, who would take over the spotlight for Pusher II.

In the wake of Pusher’s enormous commercial and critical success, Winding Refn found himself in something of an odd predicament: though the film’s creative team had clearly enjoyed the experience of working together and wanted to do so again, sequels were viewed as somewhat déclassé in Denmark at the time. So for his sophomore feature, Winding Refn tailored a script for his Pusher cast—including Kim Bodnia, Mads Mikkelsen, and Zlatko Burić—echoing his first film’s stylishly dark tone but setting it in a very different environment. Bodnia stars as Leo, a blue-collar guy in a dead-end job who descends into a vortex of self-loathing and domestic violence when he learns that his wife is pregnant; his story is paralleled with that of Lenny (Mikkelsen), a shy guy trying to work up the courage to ask out a girl who works at a local bar. A bleak, brutal powerhouse of a film that has remained too little seen in North America, Bleeder darkly demonstrates that even rock-bottom can always get just that little bit worse. 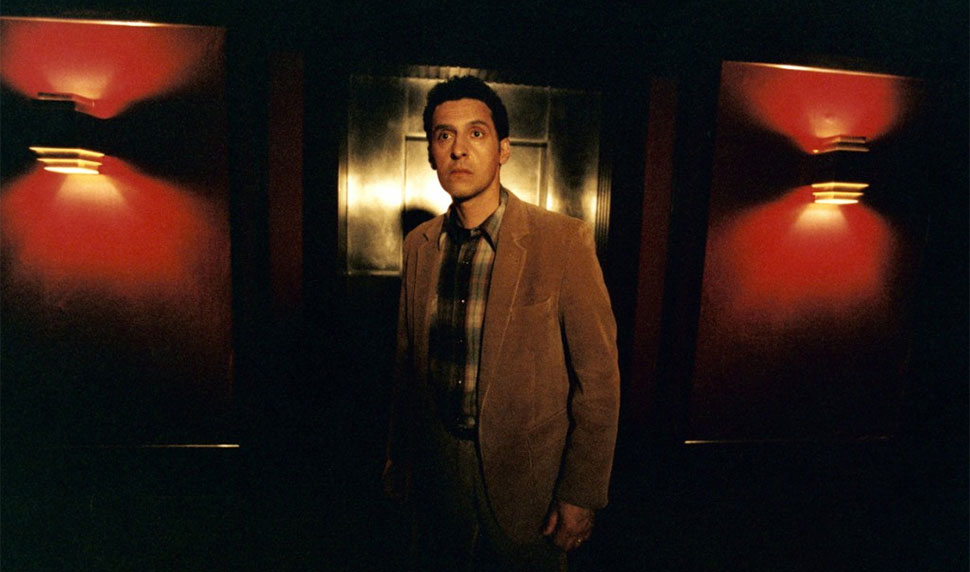 Having conquered Denmark with his first two films, Winding Refn confidently set out to conquer the rest of the world, pouring his own money into his English-language debut—but the film very nearly conquered him instead. Based on the first original screenplay written by acclaimed/notorious novelist Hubert Selby, Jr. (Last Exit to Brooklyn), Fear X stars John Turturro as mall cop Harry Cain, who is struggling to unravel his wife’s murder without unravelling himself. Obsessively studying the surveillance-video footage that he believes holds the key to the identity of the killer, Harry becomes convinced that a decorated local cop (James Remar) and his sullen wife (Deborah Kara Unger) have crucial information about the case, sparking a deadly three-way game of cat and mouse. Winding Refn brings a hallucinatory, almost Lynchian feel to the film, progressively blurring the lines between reality and dream, which may have contributed to its dismal commercial and critical performance. Fear X sank like a stone upon its US release two years after its Sundance premiere, and very nearly ruined Winding Refn financially in the process; thankfully, it has started to be rediscovered following the director’s later successes. 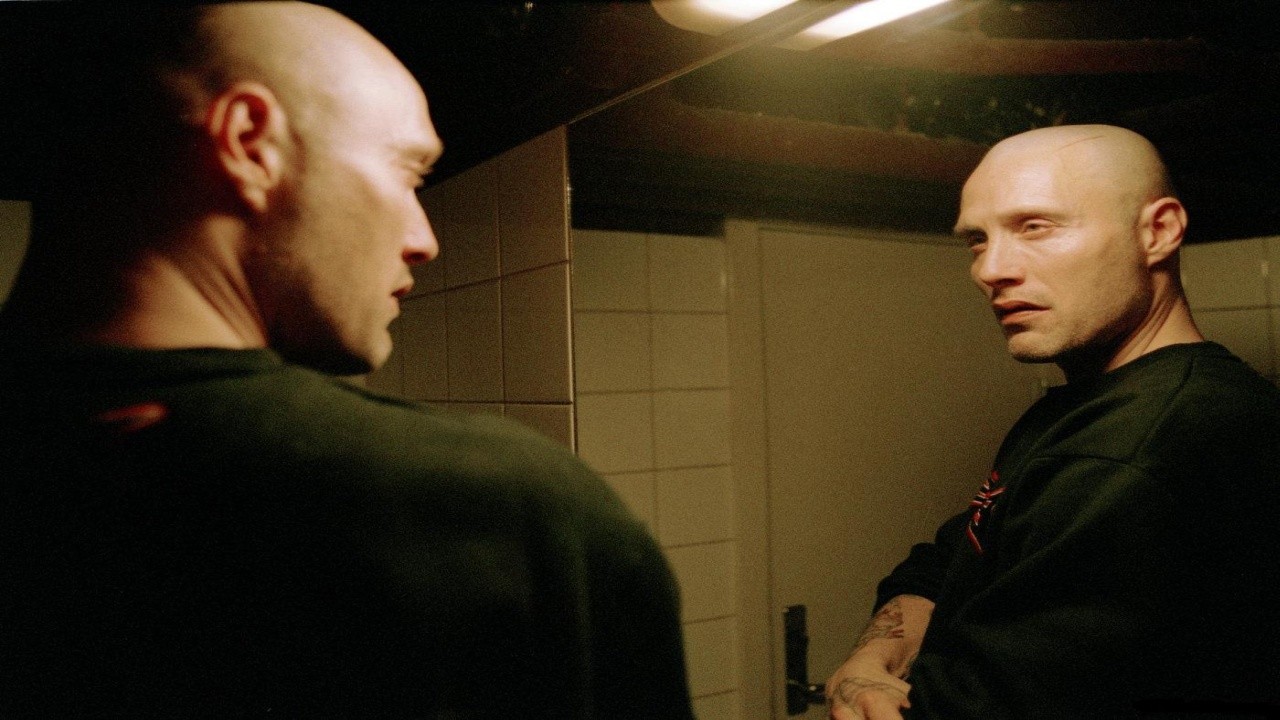 Reeling (some would say humbled) by the failure of Fear X, Winding Refn did what many a filmmaker has done in pursuit of a financial fix: he sequelized a prior success, churning out Pusher II and III back to back. But far from a quick, low-grade cash-in, the Pusher sequels stand as some of the strongest work in Winding Refn’s entire filmography, expanding the universe of the original film to create a panoramic portrait of the Copenhagen underworld. In Pusher II, the focus shifts from Kim Bodnia’s Frank to his former sidekick Tonny (Mads Mikkelsen), who, a few years after the events of the previous film, is heading home after a stint in prison. Things go from bad to bloody as Tonny desperately attempts to win the approval of his crime-lord father (Leif Sylvester) while coming to terms with the fact that he has become a father himself. (For those wishing to indulge in a little armchair analysis of the director, it’s pertinent to note that Winding Refn had himself become a new father at the time.) As raw and muscular as its predecessor, Pusher II also packs an unexpectedly emotional wallop thanks to Mikkelsen, who gives an absolutely searing performance as a man despairing over the gap between what he is and what he wants to be. 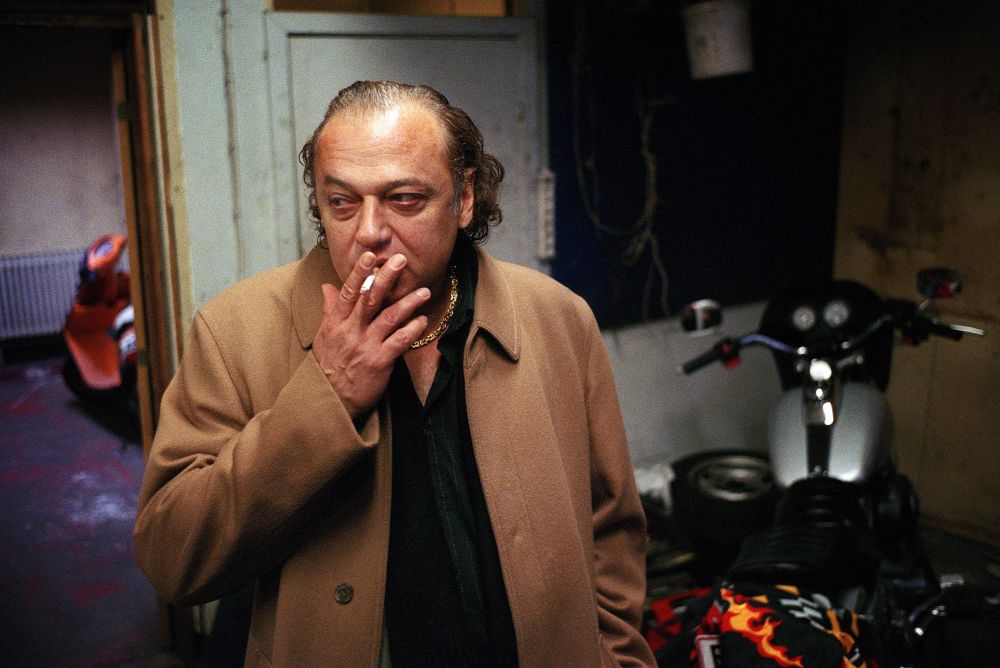 In the third and final entry of the Pusher trilogy, Winding Refn shifts focus once again: our “hero” this time out is aging Serbian drug lord Milo (Zlatko Burić), who is struggling to maintain his business against encroachments by younger rivals while planning his daughter’s birthday party and indulging in his fondness for cookery. When all of his henchmen get food poisoning from one of his specially prepared gourmet meals, Milo is forced to rely upon a cocky young drug dealer to help him move a huge shipment of ecstasy; betrayals and bloody retribution naturally ensue. The most overtly violent of the Pusher films, this third outing is also the most unexpectedly comic thanks to the magnetic charisma and off-kilter humour of Burić’s Milo, who is oddly endearing for a man capable of such extreme violence. 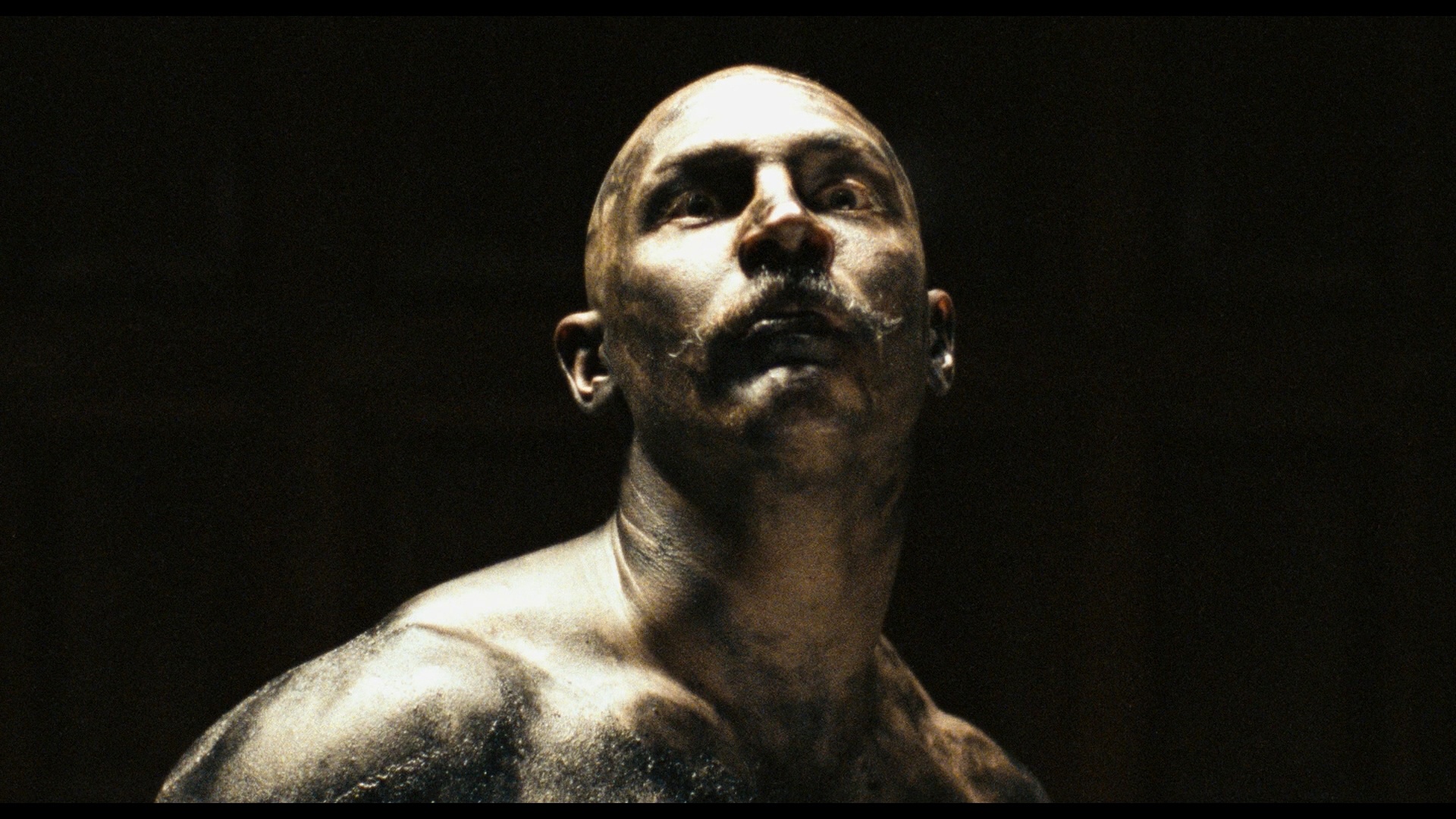 Winding Refn made his second English-language feature after the disastrous Fear X with this bruising biopic of infamous British convict Michael Peterson—better known by his “fighting name,” Charles Bronson—who has spent nearly his entire life in prison (and over thirty years in solitary confinement) for his gleeful, headline-grabbing violence against guards, fellow cons, and anybody unlucky enough to get within his reach. As stylishly nasty as any of the director’s films, Bronson is also Winding Refn’s most intriguing fusion of exploitation-flick content and art-house technique, as our hulking, mustachioed and bullet-headed anti-hero narrates his own story via outlandishly Brechtian straight-to-camera address. A near-perfect collision of form and content, replete with some of Winding Refn’s most brilliant stylistic flourishes—particularly the brutal opening sequence scored to Scott Walker’s eerie “The Electrician” and the bonkers, Magritte-quoting finale—Bronson also features a magnetic performance by Tom Hardy, who plays the title role to the hilt and then some. 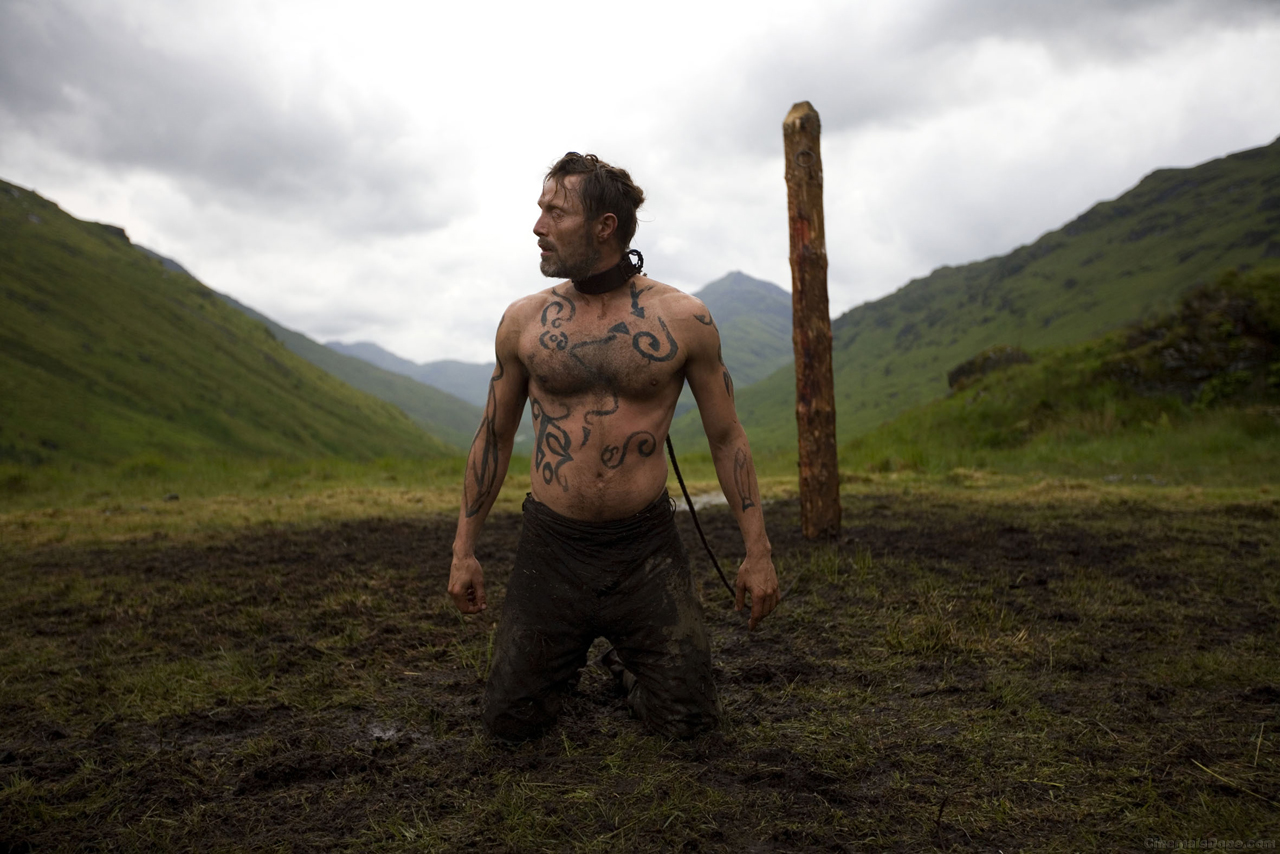 Shot back-to-back with Bronson, this hypnotic, Kubrick-quoting Viking epic reunited Winding Refn with his Pusher star Mads Mikkelsen. Mikkelsen plays a mysterious, mute warrior known only as One-Eye (for obvious reasons), who escapes from pit-fighting servitude with the help of a young slave boy after taking the time to neatly disembowel his captor with his bare hands. Wandering the harsh and forbidding landscape, One-Eye and the boy meet a group of Christians who compel them to join their crusade across the oceans to convert the pagan masses. After a long, arduous voyage across a fog-enshrouded and becalmed sea, the pilgrims finally reach foreign shores—but is this a Promised Land or a Hell? Cryptic, beautifully shot and creepily atmospheric, Valhalla Rising shows Winding Refn at his most instinctual, crafting a film that is less a conventional narrative than an immersive, purely sensory experience that perplexes and rewards in equal measure.