Destroyed Faces In The Cinema Of Nicolas Winding Refn 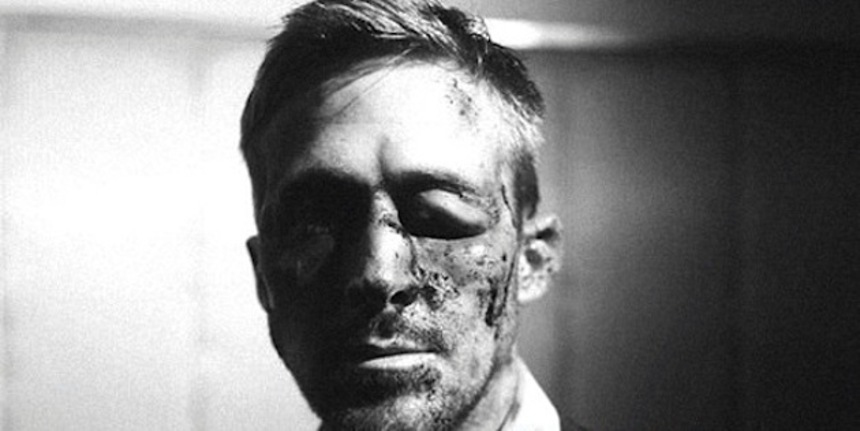 One of the first posters for Only God Forgives shows everybody's darling Ryan Gosling with a face covered in blood. He has a black eye and seems defeated without any expression left. Gosling appears to be the opposite of what a film star was once supposed to be: beautiful.

In the films of Nicolas Winding Refn, the real heroes often exist as mere phantoms on the soundtrack. His protagonists on screen are morally ambivalent and emotionally disturbed figures with a strong tendency towards violence. Refn shies away from subtle direction, visualizing his idea of the faceless actor by simply destroying what they normally live for: Their expression.

The main objects of attack for Refn are the eyes, the most important instrument of every film actor. In Valhalla Rising the main character is called One Eye. He is not called that due to his shining and healthy face. In Drive, Gosling's Driver threatens to smash a bullet into the eye of a villain with a hammer. In Pusher, Refn introduces his characters by having them posing in front of the camera while their names appear on screen. But one cannot see their eyes as they are covered in shadows. It is also no surprise that Mads Mikkelsen's character wears dark sunglasses during most of the picture. Attacking the eyes is always attacking cinema as a whole. Refn tells the audience: You are going to see something different. Since Luis Buñuel's Un chien andalou in 1929 featured the famous scene where the eye of a woman gets sliced by a sharp razor, the destruction of viewing habits has been inscribed into scenes like the ones Refn is purposing.

In Bronson and also in Drive, Refn pushes the masking of eyes and faces to a literal limit. His characters wear a mask to completely eliminate who they really are. It is only possible for them to live their life if they hide their faces. By that notion, Refn creates mysterious men close to what one could call a macho-dream. No talking, just coolness. Everything is about bodies, muscles, and cars. He gets the viewer into a position where they absolutely need to know more about the characters. Just like when one meets a mysterious stranger at a party. The secret behind those men can perhaps be found in the style of the films they are in. 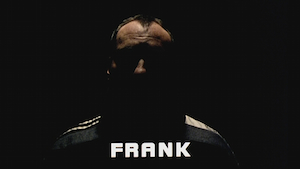 Beauty is covered in blood with Nicolas Winding Refn. But there is more to the destroyed face than just make-up and the celebration of violence. In his earlier films, Refn often collaborated with Danish actor Kim Bodnia. Bodnia is always best in scenes where he tries to hide his emotions. One can see him struggling in almost all of his films, often trying to hide his anger that ultimately breaks out of him. It is no coincidence that his work with Refn in Pusher and Bleeder can be considered among his best to date. Refn tries to bury emotions just like Bodnia. Even in the films or scenes the director does not take to destroying his protagonists, there is a strange refusal of emotional legibility. One cannot look into the characters because they hide their inner self. Ryan Gosling in Drive was compared to Alain Delon in his collaborations with Jean-Pierre Melville in the late 60s/early 70s. Gosling almost acts like a statue, barely giving a glimpse of his own feelings. With Mads Mikkelsen or Tom Hardy, it becomes more apparent that the lack of emotional expression or ordinary emotional response is caused by an unexplained bestiality. Their emotions come to light as they hide them. It is not about psychological explanations but about hiding them. In the words of his fellow countryman Lars von Trier: chaos reigns. Refn can destroy faces because he creates movie characters as opposed to real life characters. His actors are part of the sick and dangerous worlds the director creates. Just like Jean-Pierre Melville, Refn is more connected to other films and film history than to life.

In a paradoxical turn Nicolas Winding Refn is a star maker. As he takes everything from actors that they are traditionally supposed to do -- and even takes away what they are supposed to look like -- he strangely helps them gain a reputation. Mikkelsen's, Hardy's, and Gosling's reputations were all expanded greatly outside of their home countries due to their roles in Refn's films. Thinking about super heroes in the cinema whose faces are often covered with masks, one easily gets the impression that the audience does not need a face at all. Maybe we prefer to project our own faces onto the characters. From this point of view, the destroyed faces in the cinema of Nicolas Winding Refn just help us to identify and empathize with protagonists whom we would not even like to talk to in real life. But real life is not what Refn aims for.

ScreenAnarchy's 5 Days of Refn continues all week with more features and interviews centering around the work of Nicolas Winding Refn.
Tweet Post Submit