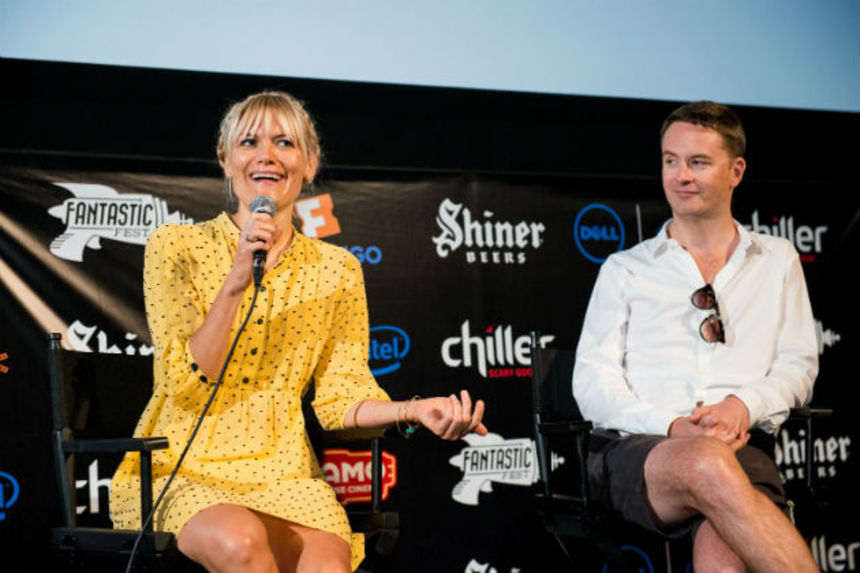 "Violence is like sex -- it's all about the build up."

In a scene both hilarious and uneasy, Nicolas Winding Refn states the above (as he references pacing) to Ryan Gosling in the new documentary My Life Directed By Nicolas Winding Refn. Refn's wife, former actress Liv Corfexin, turns the camera on him to document the ups and downs of life during the filming of Only God Forgives. Ups include Alejandro Jodorowsky reading tarot cards for Liv as well as the film's Cannes screening. Downs feature an alternately pissed off and depressed Refn, who believes that his film is not good enough.

My Life premiered to a packed audience at Fantastic Fest 2014, full of fans eager for a peek into the director's personal life. Refn and Corfexin sat down for a candid conversation on the nature of the creative personality, directing actors, bad reviews, and sexy ladies.

ScreenAnarchy: Liv, this documentary was very personal. Do you plan on making any more documentaries of Nicolas' films, other docs, or any films at all?

Liv Corfexin (LC): I haven't planned on it, but I would like to. I'm not going to make any more documentaries on him (Refn).

Are there any subjects that you're particularly interested in?

LC: Yeah. I have different ideas, but I haven't chosen one yet.

Have you considered getting back into acting?

Your Fantastic Fest screening went well, I think in part because of the deeply personal aspect of the documentary. Was there ever a point where you decided to not release it because it became too intimate?

LC: No, not really. Of course, I had doubts: is this too private? Is this too much? It was mostly in the editing room... There were a few scenes where I had to think about including or dropping. My editor told me not to worry. She made me think about it. I didn't worry about the film coming out, but the fact that I have to talk to people about it.

You mentioned at the Q&A that filming the documentary really helped with couples' therapy. Did you start with the idea that filming was going to help, or did that evolve?

LC: No, I didn't start with that idea at all. I just thought it would be a fun idea to go to work everyday and not just be a mom. I needed some creativity.

Nicolas, in the doc, you are seen reading bad reviews of your film. However, there was a funny scene in which you read a particularly scathing, silly review out loud for the camera. What is the fascination with bad reviews--do they fuel you?

NWR: I think that particular movie (Only God Forgives) was so aggressively divided that it became almost a sport of how people would defend it or how much they would hate it. It got quite funny, in a way, because there was so much passion... Like all the critics were having sex with each other to figure out if the film was good or bad. I think if you want to be the Sex Pistols of cinema, you've gotta go all the way, as Cliff (Martinez, composer) said to me. Of course, when you're sitting there with an avalanche of opinions, you get so weighed down. You've got to remember: I've got my wife and beautiful kids, I'm wearing Prada, I've got my first class ticket back home, or I can spend a few more days on vacation. That's how you say, "ok, the next one."

Do you find that creatively, it's a cycle of happiness and doubt for every single film?

NWR: Oh, yeah. If you don't have doubts, if you don't work with the fear of God within you, I don't think you can be very serious.

LC: It can just be a drag for their family. (Laughs.)

Liv, one of the very first shots of the documentary overlooks the Bangok cityscape from your home there, and Nicolas told you to pan from the window across the room to him. How often did he suggest shots--directing you while you're directing?

LC: Only a few times.

NWR: I loved that!

LC: He's such a director, deep down. "Do this!" That's his calling. I thought it was so funny, because it's so typically Nicolas. I could also call the movie "My Life Dictated By Nicolas Winding Refn!" It was so typically him, the control freak!

Nicolas, do you always have such fear that a film won't go well when you're directing?

NWR: Every single time. I make films with the notion that each one will be the last one. What a film needs to do to make its money back so I can make another one.

Do you have a certain way that you pull these types of performances out of your actors? Liv, maybe you've noticed some certain techniques that keep coming up.

LC: Any movie Nicolas has done, going all the way back in Denmark with films like Pusher ... It's always in Nicolas' films that I think their performances are the best. I can't put my finger on what he does, but he's very good at manipulating actors. VERY good. He makes you feel that he listens to you and that you have good ideas. But in the end, he just manipulates it. But I think the actor feels listened to and in control, but maybe they don't know! (Turns to Nicolas) Is that true?

NWR: It's probably true. It's making the actors or actresses feel secure, but also they sometimes have great ideas that they want to be used because it helps them. It's all a big pot of possibilities. I shoot in chronological order, so there's a constant ability to change or do something different.

What's next for each of you?

LC: I don't know yet. The children have just started school after a long vacation. I have to see. Maybe I can do a film here.

NWR: We just moved to Los Angeles and will be filming around Christmas. It's gonna have a lot of women in it.

Will it be an ensemble cast?

So it will be SEX IN THE CITY DIRECTED BY NICOLAS WINDING REFN.

NWR: I've never seen that show, but it will be EXTREMELY sexy. I can't say anything more about it, but you will know in due time.

A lot of directors partner with their favorite stars again and again, forming a kind of onscreen alter ego -- you had Tom Hardy, Mads Mikkelsen, and now Ryan Gosling. Do you think you'll keep going back to each of them?

NWR: I've been very fortunate to work with three of the best male leads in a row. Mads, Tom, and now Ryan. With Mads, these are his best films. I've gotten their best performances. I've been lucky to have wonderful collaborators. Personally, I think that Ryan and I met on a very true level, and we see each other socially. We'll be making a movie very, very soon.

In the sexy lady film?

LC: It's crazy. Lots of nudity at Fantastic Fest!

NWR: And you'll come down here and see it!

I will come down here and see it! 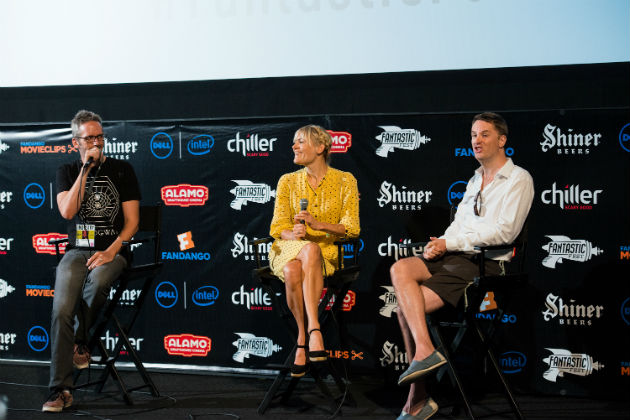