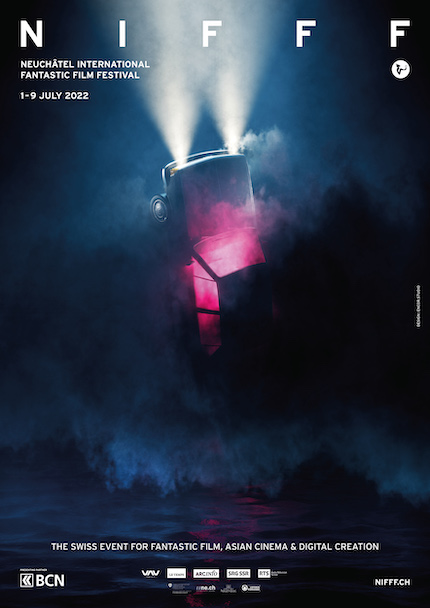 Running from July 1-9 this year, the Neuchâtel International Fantastic Film Festival in Switzerland has unveiled its complete, rather dazzling lineup, which focuses exclusively on genre films that can be described, quite fairly, as "fantastic."

Frankly, there's too much good stuff to summarize, and you're well advised to visit the official site to soak in all that the festival has to offer. Here's just a couple things that caught my eye:

(2) The International Competition features films that have gained notice already and/or have impressed those of us who have seen them, including Justin Benson and Aaron Moorhead's Something in the Dirt, Riley Stearns' Dual, Peter Hengl's Family Dinner, and Alex van Warmerdam's No. 10.

Every section of the festival, though, is overflowing with goodness, so if you want to learn more about that films that will standing out at upcoming genre festivals and streaming services around the world, check out the entire programme.