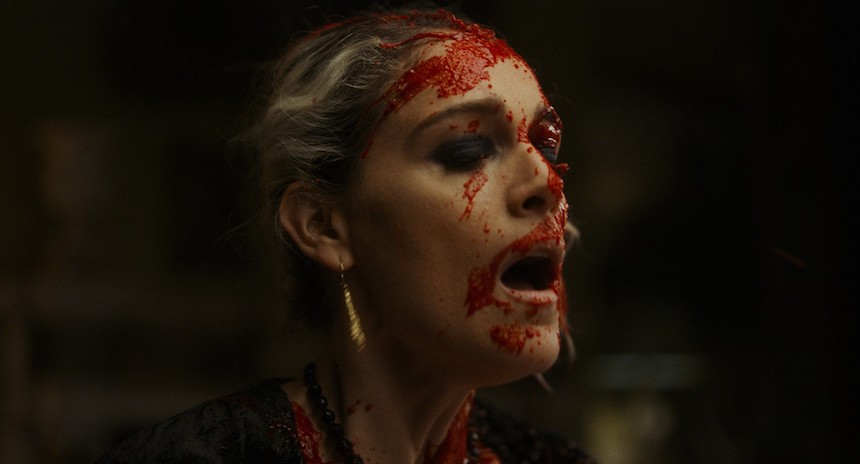 After his Giallo homage in Berberian Sound Studio, Strickland cemented his savvy for expanding genre filmmaking further into the arthouse dimension with follow-up projects The Duke of Burgundy and In Fabric. Strickland's latest work makes the marriage of meta-horror, oddball comedy, and performance and conceptual art more seamless and spectacular. 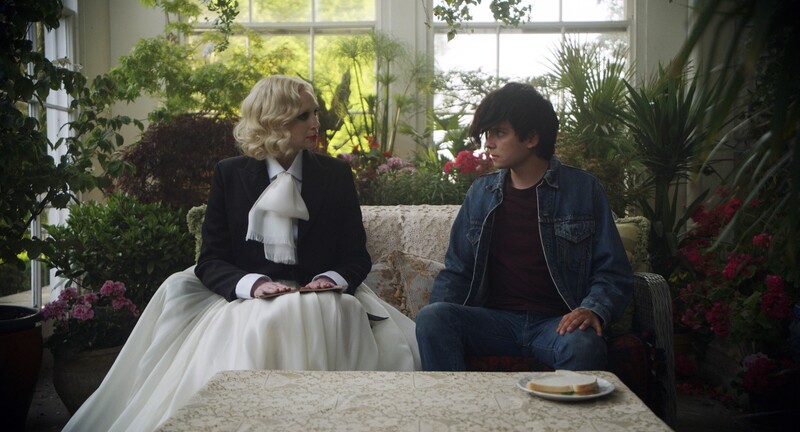 The three artists prepare new culinary sonic happenings under the auspices of the Institute's director, Jan Stevens (Gwendoline Christie), who rotates eccentric attires with iron-clad regularity. Among many other things, Flux Gourmet satirizes and thematizes relations between institutions and artists, the artist's ego, and the position of art itself. Stevens nurtures the conceptual performances yet cannot help interfering with the artists' visions. Her meddling escalates the tension and originates the film's running gag about an audio effect flanger.

The pressure crescendos between the Institute director and Elle di Elle, as Jan Stevens is facing acts of harassment from the rival artistic group Mangrove Snacks, which she did not pick for the residency. Stevens even resorts to political games, attempting to pull strings with a strange occurrence of an Oedipal complex on the youngest member trio in residency.

Flux Gourmet is Strickland's contribution to pandemic cinema, as the film is fully encapsulated within the walls of the Institute. The limitations of shooting during the COVID-19 era, however,  proved fruitful for the film, which makes good use of the chamber set-up and its symmetrical compositions. Flux Gourmet is a playful oddity, fluid in terms of the genre yet precise in attentively calibrated formalism, despite the general, rather austere, albeit colorful minimalism. 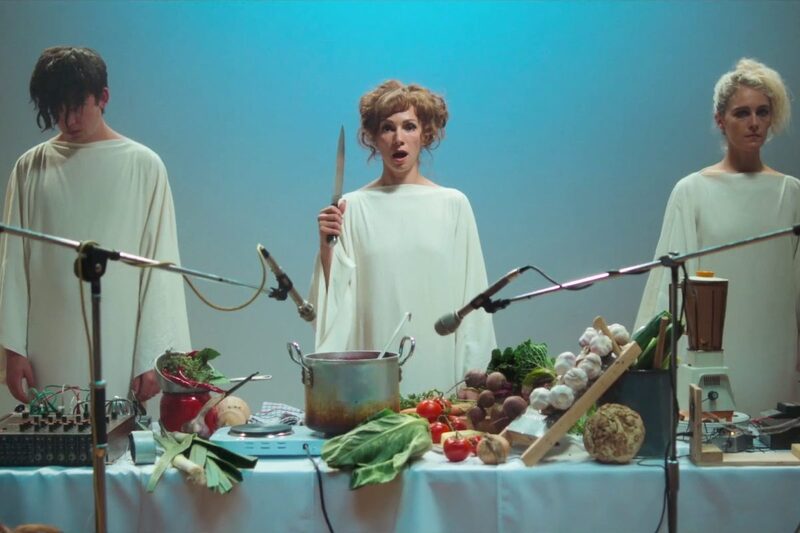 Peter Strickland's latest work resists clear-cut labels and pigeonholing. As a satire of the arts world, Flux Gourmet is This is Spinal Tap inspired by the Fluxus movement and Viennese Actionism. The director does not espouse a mockumentary style; instead, this is a drama with precisely composed and staged scenes, eventually achieving something that resembles a Peter Greenaway influence filtered through the Greek New Wave.

Strickland breaks through barriers, seamlessly integrating high with low brow, conceptual art with gastrointestinal disorders, giallo with the politics of institutionalized art, absurd and deadpan humor with a fetishist gaze in a pioneering thrust beyond the familiar and established coordinates of arthouse genre cinema.

Screened during the Berlinale in February 2022. IFC Films acquired the title and is planning an IFC Midnight Release, date to be announced later.

Do you feel this content is inappropriate or infringes upon your rights? Click here to report it, or see our DMCA policy.
Asa ButterfieldHungaryIFC FilmsLeo BillPeter StricklandRichard BremmerUKUSComedyDramaHorror