Review: LISEY'S STORY Plunges Into a Pool of Despair 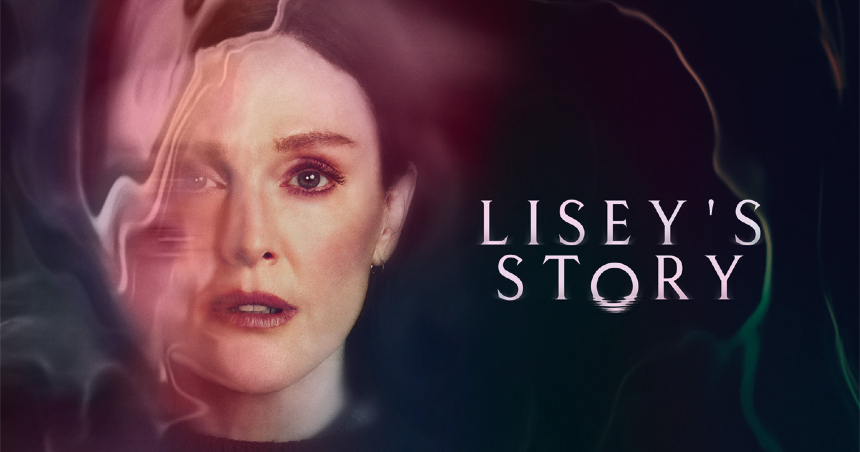 Lisey's Story
The first two episodes will be debut globally on Apple TV+ on June 4, followed by one new episode weekly, every Friday, exclusively on Apple TV+.

Mired in mourning, Lisey Landon (Julianne Moore) is plagued by reminders of her loss.

Living in the same spacious rural home which she and her husband, wildly popular writer Scott Landon (Clive Owen), shared for some years, she has not yet been able to bring herself to a point of divestiture, when she can even begin to decide what to do about their shared momentos, much less Scott's unpublished manuscripts. It's the latter items, hidden away in boxes, that lures the lunatic fringe of Scott's devoted fandom, including Professor Dasheel (Ron Cephas Jones).

The lunatics insist that the legendary trove simply must be shared, and now! Lisey just isn't ready for that. The impatient Professor Dasheel lets a notably disturbed "fan" know about the situation, and soon enough the dangerously unstable lunatic, Jim Dooley (Dane DeHaan), is unleashed on a course to wreak havoc upon Lisey.

As Jim Dooley makes his disturbing presence known to Lisey, she is initially more consumed by anxiety for her self-harming sister Amanda (Joan Allen), whose mental powers have slipped into catatonia. She requires constant medical care, well beyond what their other sister Darla (Jennifer Jason Leigh) can possibly provide. Between managing worrisome family anxieties and dealing with the lunatic fringe, Lisey finds herself lapsing into troublesome memories of her relationship with Scott and the punishing memories that he shared only with her.

Adapted by Stephen King from his own novel, first published in 2006, Lisey's Story is, at heart, a story of a devoted relationship between two people who loved each other very much. King says he was inspired by the life-threatening accident he suffered in 1999 and subsequent events, and the series feels like a personal nightmare experienced by a writer. Not just any writer, of course, but a writer who has enjoyed unrivaled success and inspired manic devotion by a legion of fans. And also a writer who has shared years of success with another person in his life, a woman he loves exceedingly, yet may be held in much lower regard by the same legion of fans.

King imagines: what happens if I die? What's the absolute worst thing that could happen? Pablo Lorrain brings the answers (really, worst-case scenarios) to unsettling life with shadowy elan, photographed with extreme menace by the outstanding cinematographer Darius Khondji (Se7en and many more superb visions of light), which is the darkest, most shadowy work of art I've ever seen in a television series.

The leading players all hit the right notes, even when they are touching on raw nerves -- which happens often! (Beware, faint hearts, this is a tough watch, and perhaps best watched weekly). Julianne Moore, Jennifer Jason Leigh and Joan Allen portray the sisters with a vast array of subtle tones, always enhancing King's words with their delivery and making their distinctive characters known, even in the most shadowy of circumstances. Clive Owen, for his past, gives one of his quietest performances, soaked in anguish and regret, with glimmers of personal joy and marital satisfaction in the company of Julianne Moore.

Very often, I don't want to go to the places where Stephen King wants to take me. That's true again here. Meanwhile, the superbly disturbing artistry of Pablo Lorrain (The Club) sneaks up and disarms any natural defenses. Do you want to suffer sleepless nights? This may be for you.