Elizabeth Olson and Paul Bettany star in the Marvel series, the first of many planned on the Disney+ streaming service. 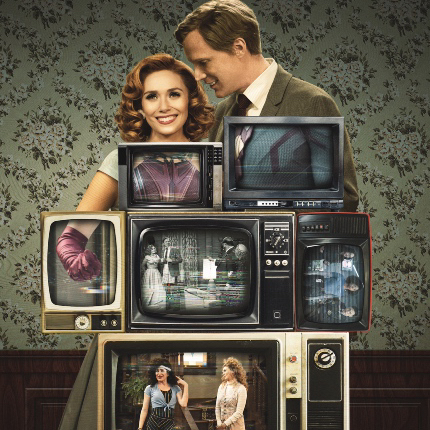 You may ask yourself, "How did I get here?"

Though it was not necessarily intended to be the kick-off for a new phase of storytelling from the Marvel Cinematic Universe, WandaVision nonetheless plunges the viewer into something quite different than what we've seen on screen before from the superhero universe.

Wanda Maximoff (Elizabeth Olsen) and her beloved Vision (Paul Bettany) arrive in a new monochromatic world sometime after the events that concluded Avengers: Endgame (2019). It's designed to look and feel like a television sitcom from the early 1960s, complete with corny jokes, over amplified laugh-track, and classic though dated fashions, and Wanda and Vision do their best to fit in, albeit with Wanda still exercising her superpowers and Vision manifesting his incredible talents.

Over the first three episodes that were made available for preview, Wanda and Vision struggle to not stand out in a world that they do not understand, though there are plentiful hints that something very, very strange is afoot. The first two, 30-minute episodes will premiere tomorrow on the Disney+ streaming service, with subsequent episodes premiering weekly.

Writer/producer Jac Shaeffer created the series; her other credits include The Hustle screenplay and the story for the (delayed) Black Widow. At this point, it's impossible to say where the series will go; it's certainly inventive and jam-packed with a creative fusion of multiple sitcoms, Marvel historical Easter eggs, and its own blend of ideas that borrow from unlikely sources.

I think a half-hour format fits the concept well; just enough to be intriguing, and the questions that are raised are just enough to tease without irritating when they are not immediately answered. It feels to me like a Marvel comic-book series which is largely driven by the clever premise.

The series is scheduled to run nine episodes in total, which sounds about right to see where the premise leads. It's buoyed especially by Elizabeth Olson's lead performance, which strikes a good balance between artificial cheer and genuine puzzlement; I get the sense that her character wants to know what's going on, too. 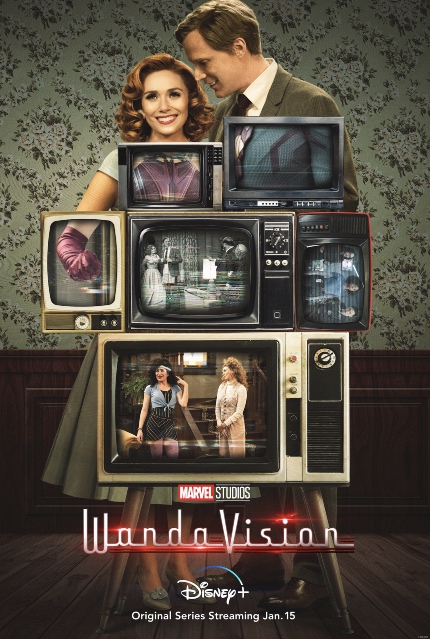