Criterion in June 2021: THE SIGNIFYIN' WORKS OF MARLON RIGGS, PARIAH and STREETWISE Lead the Way 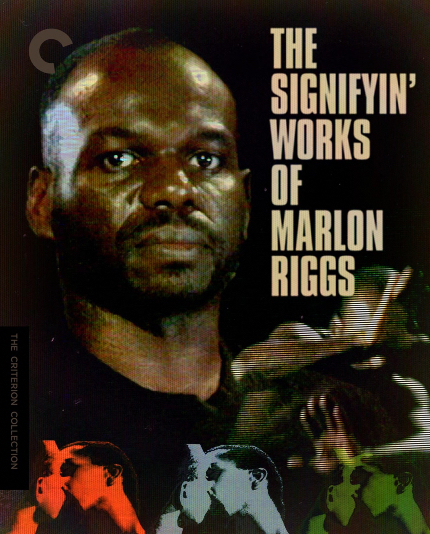 I'm glad to see that The Criterion Collection is busting down the walls of cinema as best they can, giving the deluxe home video treatment to more films that are outside the European arthouse confines which defined the label in its earlier days.

This is especially evident on their streaming service, The Criterion Channel, where they make good use of their ability to license a much wider variety of films, even if only for a limited period of time. But it's become evident in what we might call their 'permanent' collection over the recent past. A quick glance at their release schedule for June 2021 confirms this, leading off with The Signifyin' Works of Marlon Riggs, revolving around cinematic works by "an unapologetic gay Black man who defied a culture of silence and shame to speak his truth with resounding joy and conviction," per Criterion's official description. All seven films get new high-definition digital masters, together with a new documentary and four special features.

I'm especially interested in Dee Rees' Pariah -- I interviewed her back in the day -- and the film itself is a real treat. The new edition showcases, per Criterion: "The all-too-rare coming-of-age tale to honestly represent the experiences of queer Black women." The disc will include all new features, including a cast reunion, a new interview, a new 'making of' program, and a new conversation with the filmmaker.

Among the unknown (to me) titles, Streetwise/Tiny: The Life of Erin Blackwell pairs a documentary from 1983 and its follow-up. In the original, "director Martin Bell, photographer Mary Ellen Mark, and journalist Cheryl McCall set out to tell the stories of homeless and runaway teenagers living on the margins in Seattle." New audio commentaries, interviews, and four short films by director Martin Bell are included.

A brutal, unassailable classic, The Human Condition "tells of the journey of the well-intentioned yet naive Kaji -- played by the Japanese superstar Tatsuya Nakadai -- from labor camp supervisor to Imperial Army soldier to Soviet prisoner of war.' It will be available in a hi-def digital restoration. Yes, all 575 minutes.

For simpler pleasures, how about a meaty slab of film noir? Richard Widmark burned up the screen in Samuel Fuller's terrific Pickup on South Street, and the new edition features a new 4K digital restoration, a new interview with crack critic Imogen Sara Smith and more.

Finally, Visions of Eight (1973) heads to Blu-ray, which should be quite fascinating for its promised special features. I watched the anthology film last year and found it to be a mixed bag; the new edition will include a new audio commentary and a new documentary, which may shed light on what happened.

Visit the official Criterion site for more information about each title and to place your order(s) as desired.

Do you feel this content is inappropriate or infringes upon your rights? Click here to report it, or see our DMCA policy.
Blu-rayCriterion CollectionDee ReesMarlon RiggsSamuel Fuller

More about The Human Condition