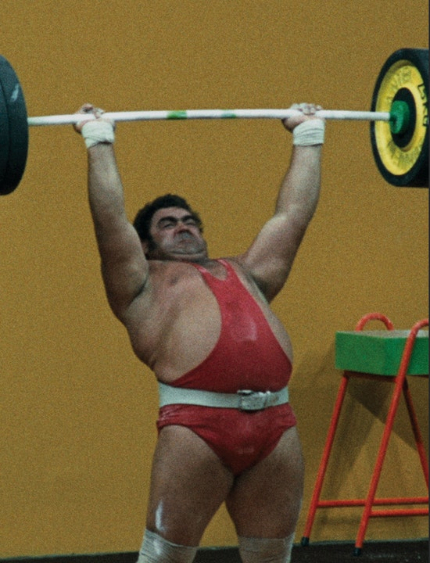 It must have sounded like a great idea at the time.

Visions of Eight (1973)
Now streaming on The Criterion Channel.

The Criterion Collection released an ambitious collection in the not-too-distant past, featuring 53 movies and 41 editions of the Olympic Games, spanning a century: 100 Years of Olympic Films.

Of that collection, I recently soaked in the glory of Ichikawa Kon's Tokyo Olympiad on a stand-alone Blu-ray, and it is truly magnificent. Thus, when I realized that Criterion had made many of these films available on its streaming service, I was eager to catch up with what I could, beginning this week, in order to mark the originally scheduled opening of the Games on Thursday, July 23, 2020, since postponed to next year, everyone hopes.

As a student of films from the 1970s, as well as the recall of my own memories of the Olympic Games in 1972, and further spurred by Ichikawa Kon's participation, I watched Visions of Eight first. It's an anthology documentary that features individual segments directed by noteworthy filmmakers of the era, but which I had never seen before.

David L. Wolper, who would go on to produce the opening and closing ceremonies of the 1984 Olympic Games in Los Angeles, served as executive producer, but the decision was apparently made to allow each director to make a segment of their own choice, which definitely reflects the spirit of filmmaking in the early 1970s, yet results in a film running less than two hours that feels much longer.

Taken individually, the segments are no less than fascinating, reflecting each director's interests. Ichikawa's The Fastest solely documents the 100-meter dash, an event he had previously covered as part of Tokyo Olympiad; it flies by fast, even though it's mostly in slow-motion with extreme close-ups of the individual racers.

Unfortunately, the segments which follow it really drag the film down. Miloš Forman's The Decathlon has nothing new to say about that particular event; Claude Lelouch's The Losers endless captures the agony of defeat, ad infinitum; and John Schlesinger's The Longest does, indeed, feel even longer than it is, with puzzling decisions in its cutting.

To begin the film, Yuri Ozerov's The Beginning is entirely unmemorable; I just watched it and nothing sticks in my head. Mai Zetterling's The Strongest (pictured), on the weightlifters, is very good; she includes extensive footage from their preparations and their growling and shouting as they fail, and occasionally, prevail, in their competition. Michael Pflegher's The Women is meant to celebrate the largest participation by female athletes to that point, but doesn't do much more than acknowledge their presence.

Arthur Penn's The Highest, falling in his career between Little Big Man (1970) and Night Moves (1975), is eminently artistic, starting with blurring images and a mute soundtrack, almost mimicking, perhaps, the experience of an athlete who is entirely focused on the competition at hand. Again, it's largely slow-motion, but it fires the imagination in ways that I don't normally associate with Arthur Penn's narrative films. Dede Allen (Bonnie & Clyde) served as editor.

I suppose I'm prejudiced because I watched the games as a child in the home of my grandparents during a lonely summer in 1972. Young gymnast Olga Korbut's backflip electrified me, as did golf-cap-wearing David Wottle's come-from-behind victory in the 800-meter run. Neither of those moments is in this documentary. More alarmingly, only John Schlesinger's segment glancingly acknowledges the Munich massacre during the games, in which 12 people were killed by terrorists, and even there, the reaction by a marathon runner to the 24-hour delay caused by the tragedy gets bigger play.

That all makes Visions of Eight a fascinating, though extremely ungainly, film to watch today.