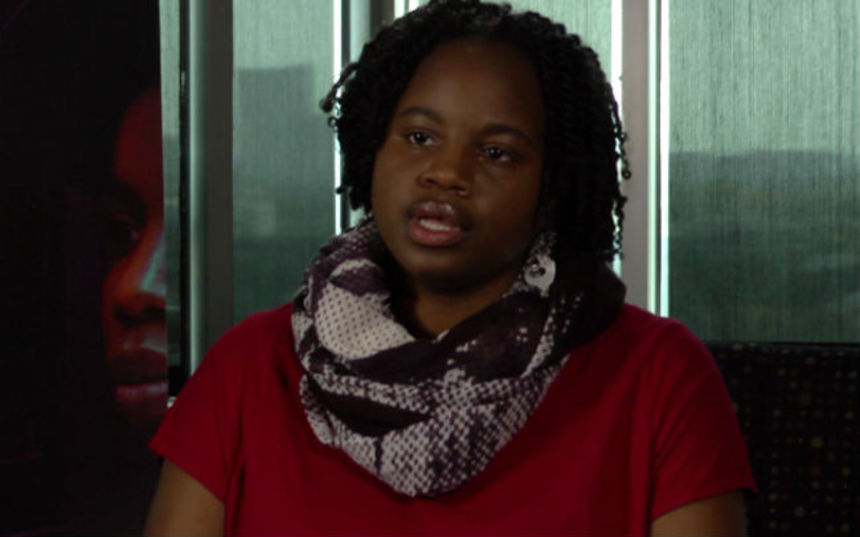 As Peter Gutierrez expressed in his recent review for ScreenAnarchy, coming-of-age films are often "too facile, their emphases clouded by an adult perspective that's slyly looking back rather than truly honoring the young person who should be at the center of things." We agree, however, that Pariah is an exception, the story of a young woman named Alike (Adepero Oduye) who, "is a pariah despite being so much like, well, everyone. Instead, her in-the-closet 'identity' based upon sexual orientation threatens to overwhelm all those elements of commonality."

Writer / director Dee Rees sat down with us on a busy media day in Dallas, a flurry of interviews conducted amidst video cameras and other equipment. Alas, though I was provided with the raw material to produce a stunning-looking video interview, I lack the technical knowledge to get it up on the site in a presentable fashion. (I can confirm, however, that Rees looks good in red.) I hope it offers a glimpse of her passion for filmmaking and this project in particular, and spurs you on to seek out the film.

I began by expressing my admiration for the way that Alike's character showed demonstrable growth over the course of the story, and asked how the project began. Did the feature grow from the short film she made, also titled Pariah?

Rees explained that she always had a feature-length film in mind, but before she graduated from NYU in 2005, she needed a thesis film, and decided to take the first act and make that as a short. The short ended up on the festival circuit, which led to being accepted into the Sundance Institute and workshopping the script for the feature.

(For the remainder of our conversation, I've excised the remainder of my excessively wordy questions -- and quotation marks -- but tried to transcribe her answers as accurately as possible.)

I really believe in character arcs. ...

I wanted to set the character in a specific world.

I'm originally from Nashville, Tennessee, so when I moved to Brooklyn, it was my first time seeing out and proud teenagers. So for me, this had to be a New York story. In terms of the atmosphere, I really wanted to show Alike as a chameleon, so she moves between worlds, and none of them is quite her.

We start out in a nightclub, where it's an overwhelming, hyper-sexualized environment, and then we see her at home, a very middle-class, conversative environment, and when she meets Bina [played by Aasha Davis], she discovers there's another way to be. She's bouncing between different people and different places, and realizing that she doesn't have to keep changing who she is, she can just be herself. That was the main lesson she had to learn.

We shot a documentary in Liberia in 2005, Eventual Salvation, which definitely helped.

It's the same cinematographer, Bradford Young, so it was great for us to work together. We had a shorthand between us by the time we got to the feature. The documentary influenced my style in that I learned how to use to camera to show relationships.

In documentary, there is no script, so people are not going to say what you want them to say. You have to use the camera to show the relationships and create that dynamic. So we took that style into the feature to show with camera language how the relationship between Alike and her father is different from that between her and her mother.

Alike is a chameleon. So we shot her in profile a lot early on, and gradually shot her more and more frontally, and in white light, to show that she was coming into herself. We tried to apply those techniques from documentary.

We shot a lot of the film in close-ups.

Alike is cocooned; she's trapped in these environments that are pressing in on her. We did a lot of tight shots, where the world [behind and around her] is abstracted. After she starts to open her eyes, so to speak, the shots get wider and wider, to show that the world is opening up to her, that life is possible, basically, and we start to see the details.

It's intended as a signal to the audience to show, emotionally, where she is.

I wanted each character to have their own lives and their own world.

It's important to show the different layers of class [upper-class, middle-class, lower-class], to add complexity to the story. Audrey's objection to [Alike's friend] is not merely because she's gay, but because she perceives her to be of a lower class, a lower ilk, not the kind of girl she wants her daughter to hang out with.

In terms of the other characters, I wanted to show that each one has their own pressures, fears, and desires. Arthur loves his daughters and wants to keep the status quo. He doesn't believe that he needs to change.

Audrey is a woman who has played by the book, done everything right in life, had this Betty Crocker life, but nothing has panned out the way it's supposed to be. She's at the point of frustration, because she feels like she can't control her husband, but she can control her daughter, and so that's where she redirects her energy.

For Laura [played by Pernell Walker], she's realizing that needs to change, or else she'll get left behind in a month-to-month existence.

It's important for me to write the story from each character's point of view. So I did that as an exercise, like in a monologue, so that everyone is a real character.

Because in real life, nobody is a supporting character for somebody else, everyone is the lead in their own life.

I tried to bring that to the film. It makes it a richer story; they're not just there to serve the protagonist.

I was really trying to show that each character has their own voice. I wanted to not have a monolithic presentation of blackness.

That way, people can relate to it. If you strip away the race, if you strip away the sexuality, it's about the identity, it's about a girl trying to figure how to be herself, and anybody can relate to that, whether you want to be an artist and your parents want you to be a doctor, everybody at that point has to put a line in the ground and say, "This is who I am, and this is how I'm going to be that."

Even though it's set in Fort Greene, Brooklyn, in the Africa-American community, we see different types of people, and therefore makes it more relateable, and people can relate to different experiences.

With these characters, everybody can see themselves on screen, regardless of race or gender identity.

Pariah is now playing in New York, Los Angeles, and San Francisco. It opens tomorrow in Dallas, San Diego, Seattle, Cambridge, Massachusetts, and Evanston, Illinois, before rolling out further in the coming weeks. Check the official site, linked below, for more information. 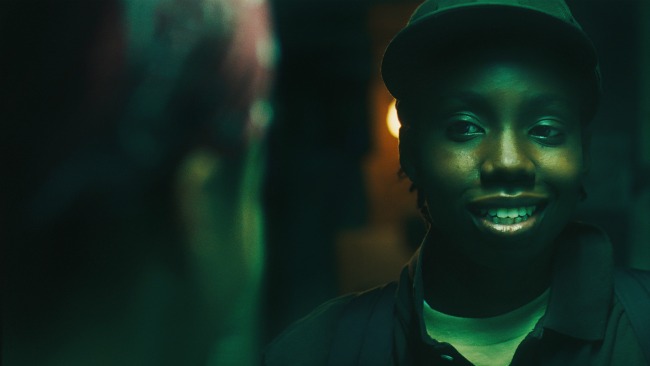