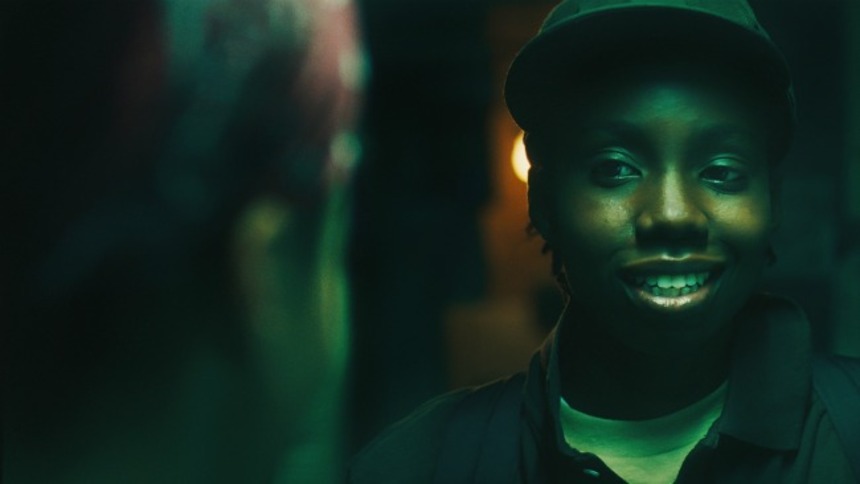 I'll admit it, I'm a curmudgeon where coming-of-age films are concerned. Even when they're widely acclaimed, as in Lone Scherfig's An Education, I often find their points too facile, their emphases clouded by an adult perspective that's slyly looking back rather than truly honoring the young person who should be at the center of things. That's one of the reasons I'm so impressed with Dee Rees's Pariah: there's no attempt to make seventeen-year-old Alike a stand-in for the audience by giving her the snappy dialogue, innate courage, or precocious wisdom and/or style we all wish we'd possessed back in high school. Instead, she's simply real--rather ordinary, actually. Yes, the title of the film would suggest otherwise, but that's one of the subtle things that's going on thematically: Alike is a pariah despite being so much like, well, everyone. Instead, her in-the-closet "identity" based upon sexual orientation threatens to overwhelm all those elements of commonality.

To be sure, Alike herself contributes to this situation, which Rees's smart (but never "clever") script makes plain when Alike assumes that classmate Bina (a terrific Aasha Davis) doesn't share her taste in music... or that she'll react with distaste to Alike's preference for girls. When the truth of the matter surfaces, it's one of the many interesting moments in which Pariah captures, even confronts, some of mainstream culture's ambivalent, slightly co-opting, attitude toward lesbians these days: yes, ostensibly straight girls can speak, à la Katy Perry, about a just-curious attraction to other girls, but when we go a step or two further than that... then what? What about when sex acts are described? Or when the "girls" in question no longer behave or dress in a feminine manner? All of a sudden the old walls that signify the boundaries of the Other go up pretty darn fast. So fast, in fact, that you wonder if pop culture was really only just peering over them rather than undermining them, even modestly.

In dramatic terms the challenge with a movie in this subgenre is how to make the milestones and incidents we already expect--the first sexual experience, the inevitable blowup with parents--as fresh and new for us, the grownups who have seen variations on this story before, as they are for the protagonist. Using a dogged naturalism that never sells out, Rees manages to do just that, however. Granted, the core narrative mechanism--coming-of-age tale as coming-out tale--is hardly innovative. Still, the fact that nearly every scene boasts sharp writing, strong acting, or, more often than not, both, makes you feel as if you've rarely seen anything like this before by virtue of its sheer honesty and thoughtfulness. (My one gripe? Almost relentlessly serious, the film could have benefited from a couple of well-placed scenes of comic relief.)

In many ways, then, Pariah is an actor-driven film, with Adepero Oduye headlining and deserving all the accolades that have been heaped upon her. Her Alike veers from a moroseness that one can easily find annoying (which is a good thing, I think) to a million-watt smile that lights up the screen; moreover, she's rarely less than compelling every step along the emotional continuum that lies between these two extremes. Oduye also has that cinematic gift of simply being--you can read what she's feeling and thinking even when she's saying or doing nothing at all. She's backed by a cast that is similarly accomplished down to the smallest supporting part, with Kim Wayans in the Mom role deserving special recognition: please, let's see her in more dramatic work like this! Likewise, here's hoping that Rees gets to work with such simpatico producers again--did I forget to mention how effective the music and cinematography are? sorry about that--so that over time the enormous talent she displays in this first feature can continue to flower.