Two posters do not a trend make, however, I will point out the effective use of wallpaper in both Charlie Kaufman's I'm Thinking of Ending Things, and today's key art, from Viggo Mortensen's Falling.

Maybe wallpaper is just a stand in for this movie involves the Rural/Country divide? Somehow Ron Howard's eviscerated Hillbilly Elegy must have missed the memo, along with many other things. But I digress.

Here we have many signifiers to get the point across. The boy, looking at directly the camera looks uncomfortable (note: ill fitting gloves) about the mallard duck trophy he has in his hands, but also about the whole situation. His father or extended family seems to have compelled this hunting excursion, and photo afterwards, as a rite of passage. The hand on the boys shoulder subtly suggests this. The gun, just barely showing at the edge in the frame, albeit the tool of the trade, gives further underscore.

The matting of the image on the poster suggests 'Polaroid Instant Camera' print, and further suggests a domestic and family portrait, with a hint of retro. The title of the film is vertical, with the two L's paired, to accompany the image with the 'Father and Son."

I could do without the critics pull quotes and let the image speak on its own, but an indie film has to hustle a bit to win eyeballs. This would formerly be butts in seats, but I would comfortably guess that this will not be playing in too many theatres in the USA at the moment. 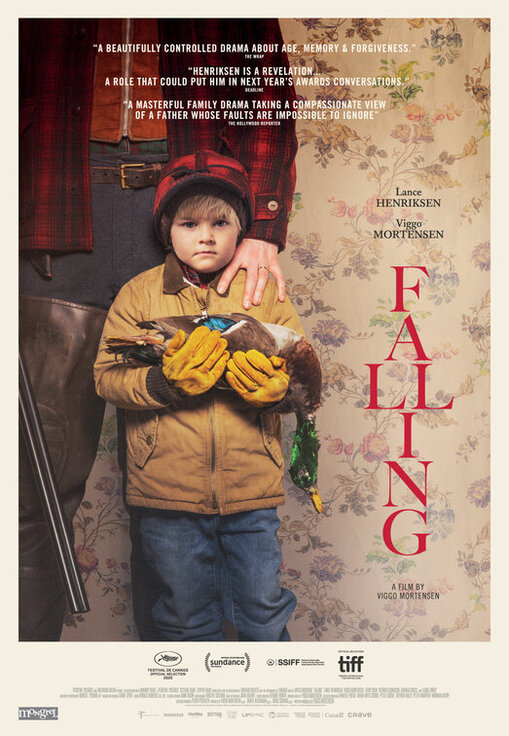