Friday One Sheet: Fire and Matches in UNHINGED 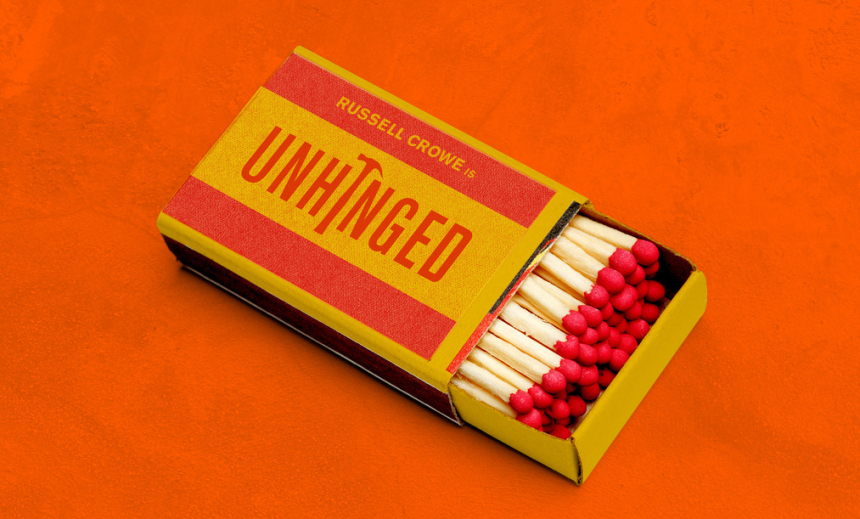 The rather impossible to miss (again, I lament that these things will not hang in movie theatre or multiplex lobbies) pair of orange warning signs for Unhinged makes up for the rather unremarkable original poster.

This contemporary, incel-inflected, MAGA take on white male rage features Russell Crowe going psychotic after a slight traffic incident. The film, from the trailer at least, loosely recalls Joel Schumacher's Falling Down, a 1993 pop-iconoclastic eye-opener starring Michael Douglas in a pair of chunky 'NASA/Pentagon' issue black glasses and 'pressed white short-sleeved uniform of government worker, who snaps (while stuck in traffic) and blows stuff up in Los Angeles.

There are not quite enough entries into this style of movie to make it a sub-genre yet, but a high profile one comes along about once or twice a decade: Peter Weir's 1986 The Mosquito Coast, Sam Peckinpah's Straw Dogs, and to a somewhat lesser extent, Steven Spielberg's Duel, both from 1971. And, obviously, Martin Scorcese's Taxi Driver in 1976.

But we are here to talk about the marketing of what is, to most, a rather odious subject matter and incongruous concept for a piece of pop-entertainment. I like that design firm B O N D has gone bold and minimal for a movie that is very likely ludicrous and maximal.

The background of the matches and gasoline posters, the texture, is the kind of thickly slathered industrial wall paint that would be from the factory that Crowe's character was either downsized from, or let go due to cause.

While the hammer in the typography is probably an unnecessary touch, I do like that the 'Danger Flammable' warning looks kind of like a film post-credit block.  And the R rating down in the corner feels more like an endorsement than a warning. 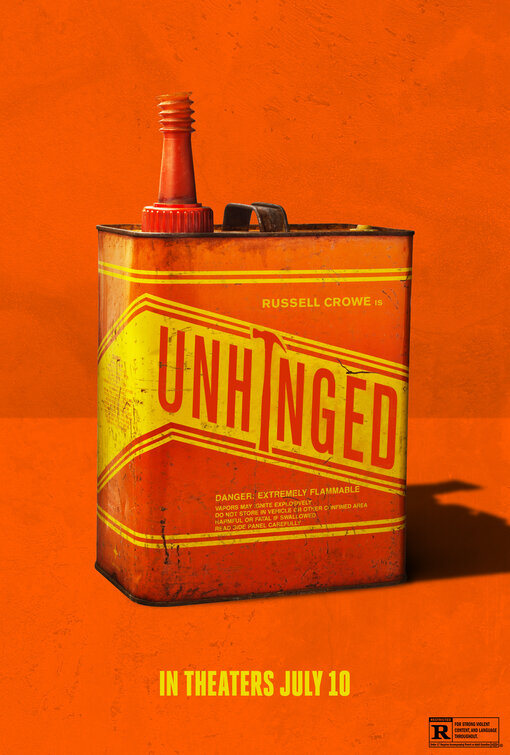 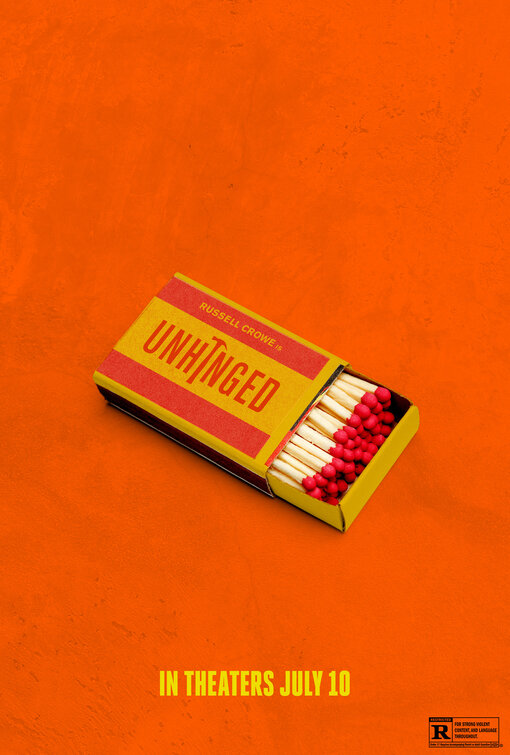 Do you feel this content is inappropriate or infringes upon your rights? Click here to report it, or see our DMCA policy.
Falling DownFriday One SheetGasolineHuningedKey ArtMatchesOrangePosterRussell Crowe