Friday One Sheet: LUZ THE FLOWER OF EVIL, A Colombian Tableaux

This gorgeous, if terrifying (perhaps maddening is a better word) look at family and religion in the high altitude wilderness of Colombia has a series of 'character' posters which play more like tableaux or scene setting evocations.

They are in fact beautifully rendered screen shots from the 16mm film, Luz, not to be confused with avant-garde German film from Tillman Singer (also 16mm, also great key art). Each one is re-formatted from 2.35:1 screen aspect ratio to 24:36 Posters.

The title text (and crucifix crown-molding logo) uses a distressed type-setting to evoke books printed in the 19th century, and recalls the stylization of Robert Eggers' The Witch, a film that Luz has a lot in common with. The remainder of the text heavy overlay covers the production companies, festival logos, credit block and a pull quote. I'm a fan of the classic American 'Restricted' logo up in the top right under the cast of each of these designs.

But the text (and its careful positioning) is merely icing. These three posters below showcase striking scenes from the film, whose director of photography, Nicolás Caballero, is world class. They practically demand, by aesthetics and colour alone, that you see the how they fit into the movie, immediately. That is what a good movie poster is supposed to do.

One further note on the third poster, is of the leading ladies bathing at the base of a spectacularly large, and ominously cold looking, waterfall. Is that blood on the 'lens' or light leak out of the gate?  I am leaning towards the latter, as the film is about perceptions (or lack thereof) from God above on a contumacious, dirty world blow. It is also a catchy splotch of colour which pops off the cold grey. 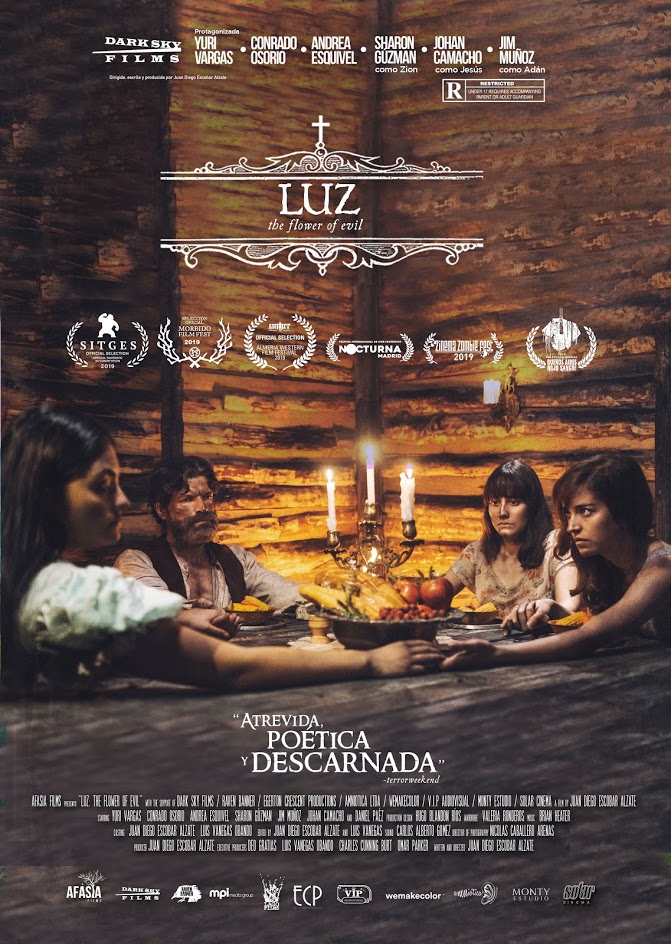 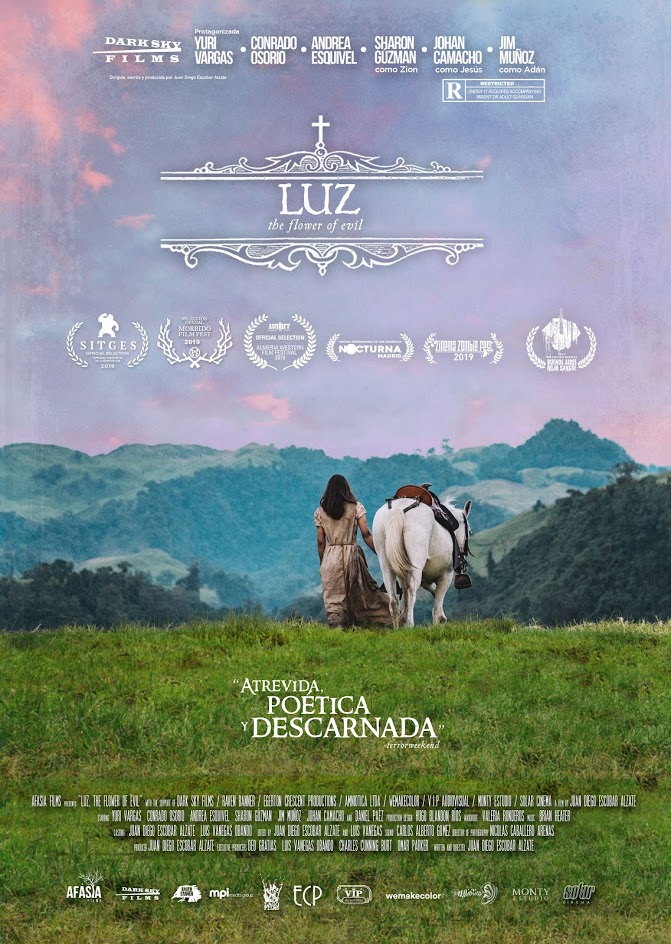 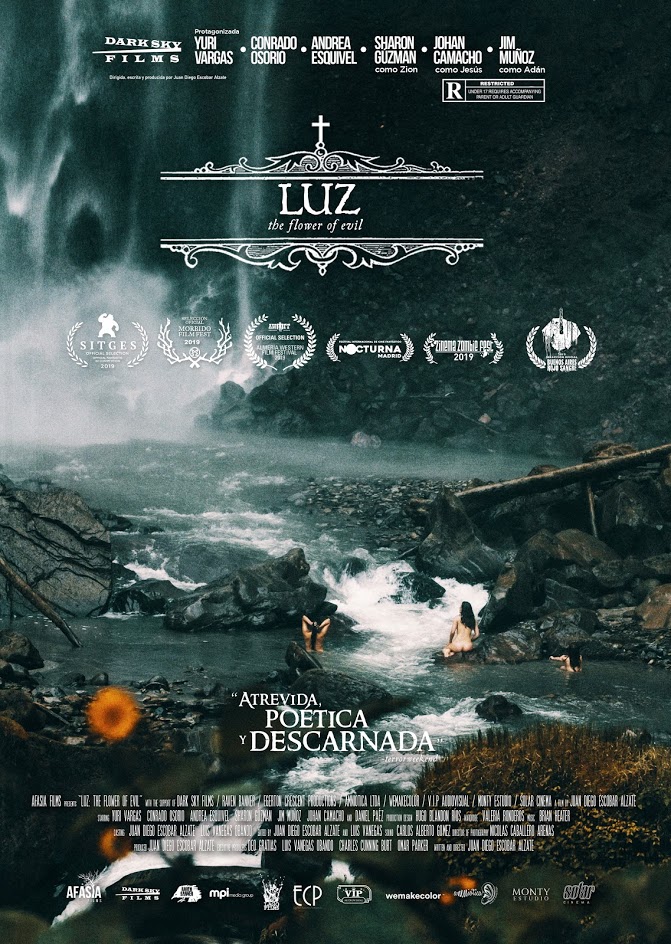 Do you feel this content is inappropriate or infringes upon your rights? Click here to report it, or see our DMCA policy.
ColombiaFolk HorrorJuan Diego Escobar AlzateKey ArtPosterThe Flower of Evil