It's that time of year again! In what has become something of an annual tradition, UK home video distributor Third Window Films has given Screen Anarchy an exclusive first look at their 2019 slate of releases. This coming year will see a mix of contemporary festival favorites as well as 21st century cult classics, and one bizarro masterpiece unearthed from the '80s.

Check out what details we could get for these six releases planned for the upcoming year in roughly chronological order. 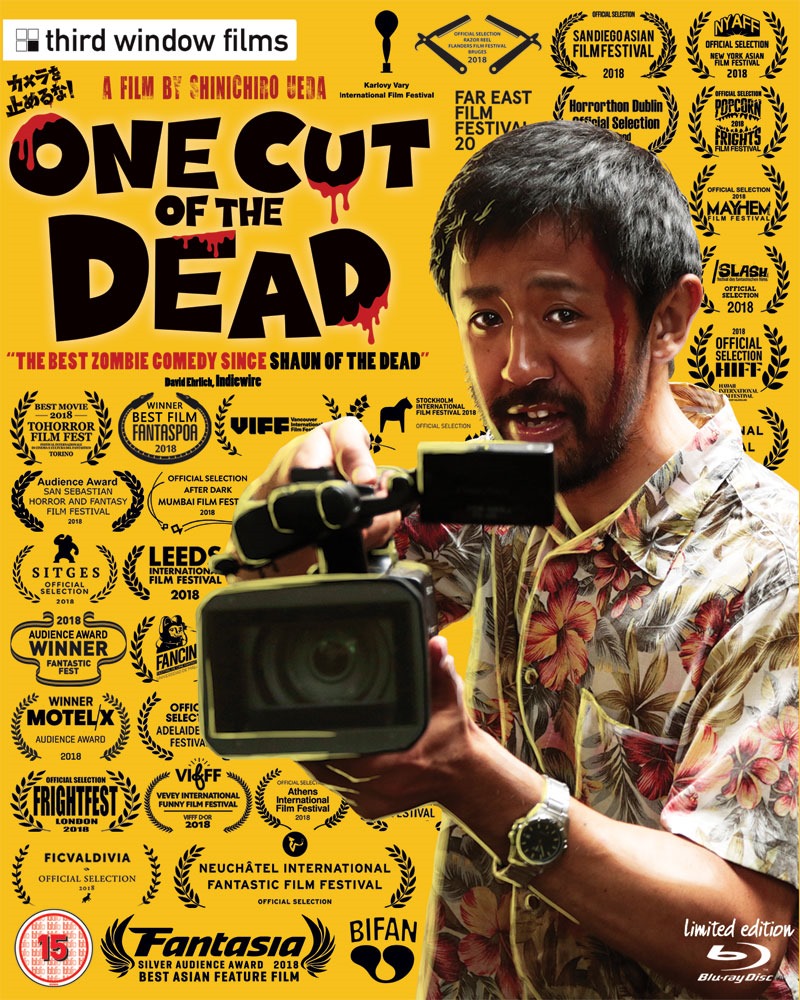 What started as a no-name, no-budget comedy from Japan, One Cut of the Dead turned into the year's biggest surprise hit on the genre festival circuit. After a raucous international premiere at the Udine Far East Film Festival in Italy, the film began collecting what would eventually become a hefty load of prizes from festivals on numerous continents, surprising audiences everywhere it played. I had the distinct pleasure of seeing it with audiences in Korea, Canada, the US, and India, and it delivers no matter what the setting.

Third Window's limited edition Blu-ray release will include a number of exclusive features as listed below:

Pre orders up at the Arrow store 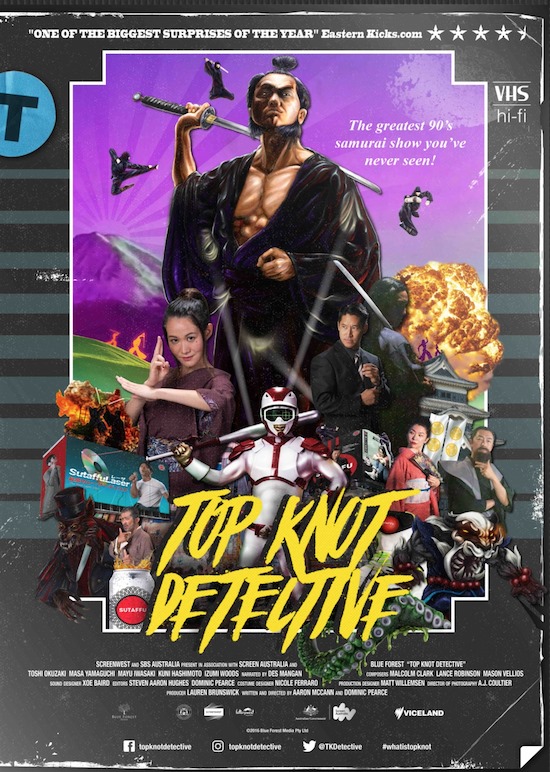 This hilarious mockumentary about the greatest TV program that never existed is another absurdist laught riot. Written and directed by the Australian team of Aaron McCann and Dominic Pearce, Top Knot Detective is another film that has been going gangbusters on the festival circuit for well over a year now. I had the priviege of seeing it at Fantastic Fest 2017 and thought then, as I do now, that it is "funny as hell".

No word yet on specific bonus material, but Third Window are promising a special edition release, so I'm eager to see what they've come up with. 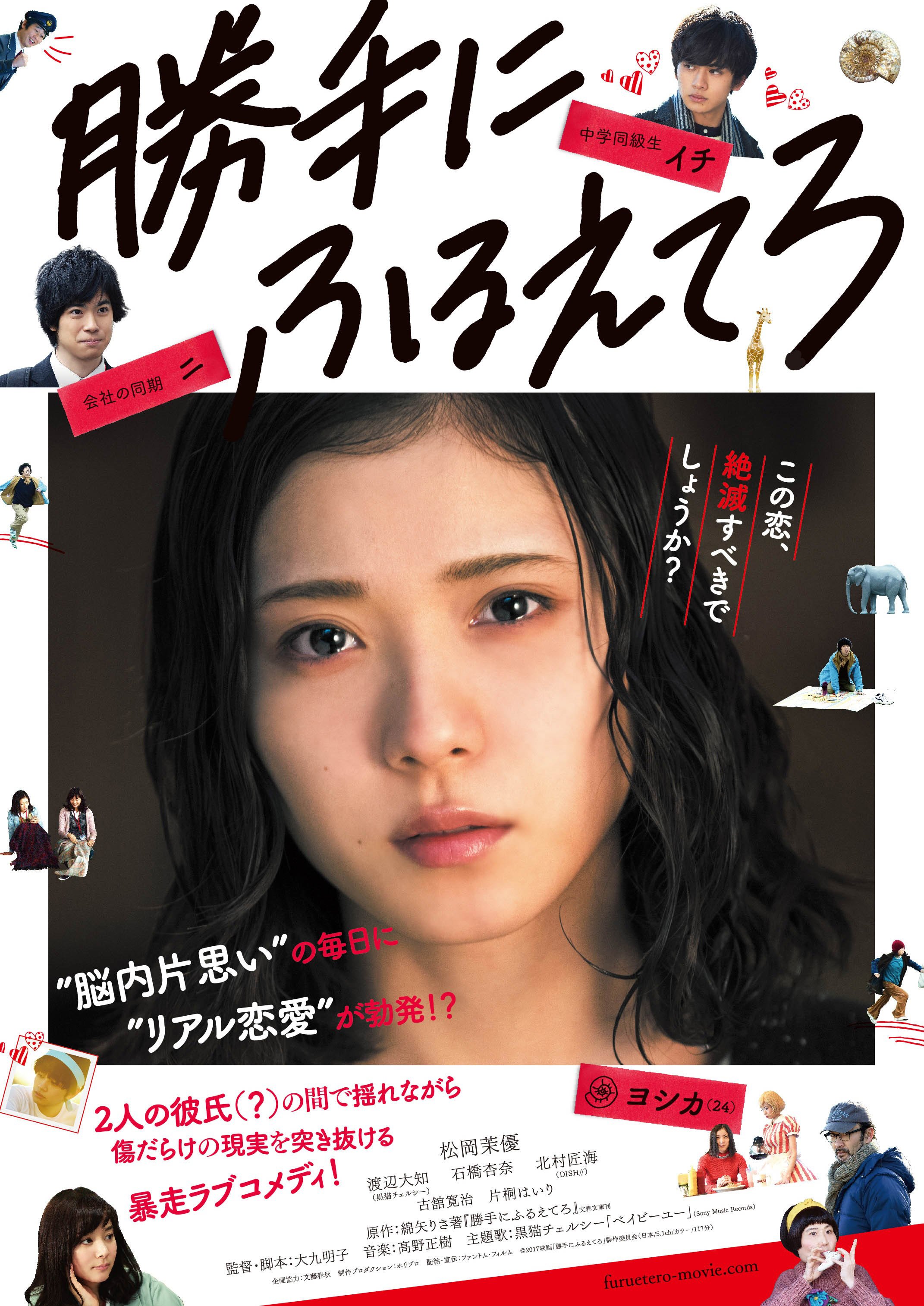 Tremble All You Want

Tremble All You Want is a romantic comedy from director Ohku Akiko that has also had a healthy festival run since its world premiere at the Tokyo International Film Festival in October 2017. I haven't seen this one yet, but a review at The Japan Times says that leading lady, Matsuoka Mayu, "succeeds brilliantly" in a "star-making turn".

Finally, a real romance appears in her life full of secret, unrequited love. Wavering between two “boyfriends”, she tackles her ruthless reality in this non-stop romantic comedy.

‘Tremble All You Want’: Mayu Matsuoka gives a star-making turn in delightful romcom 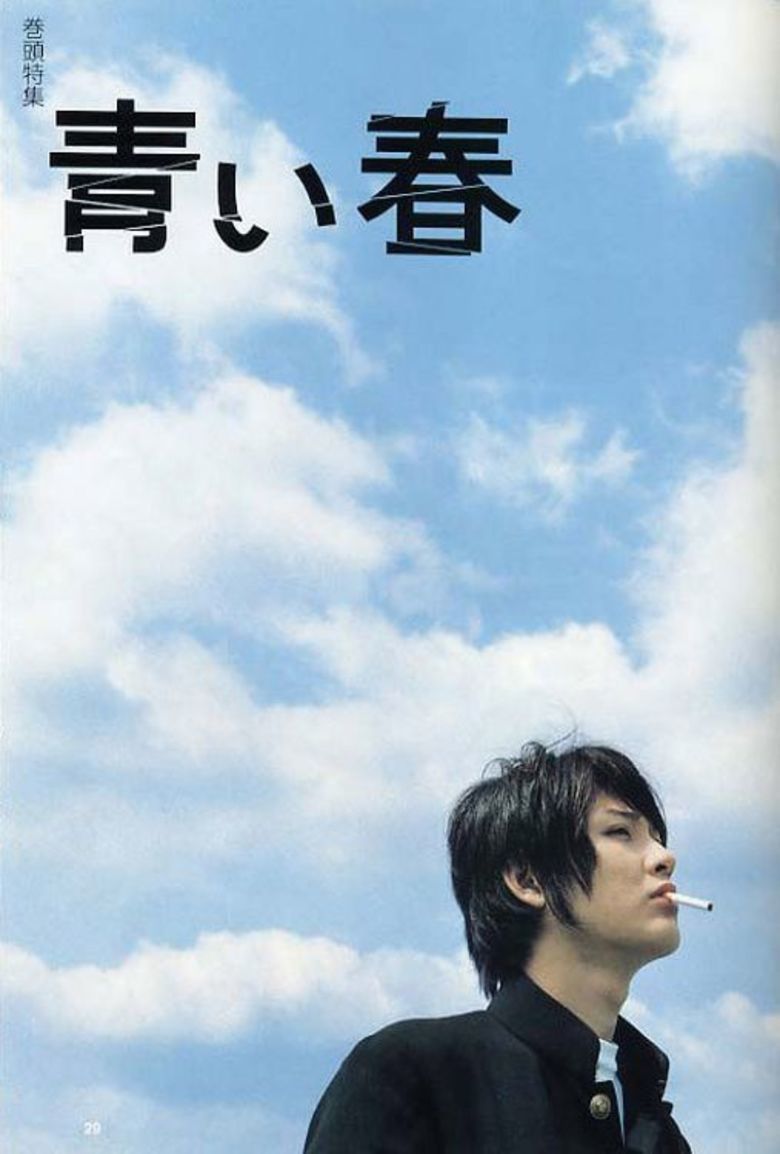 After Third Window's fantastic box set of Toyoda's early films back in 2016, they've circled back around to release the one glaring omission, Blue Spring. Toyoda's sophomore narrative effort, Blue Spring is often considered to be among his greatest films, right up there with the incredible 9 Souls. Third Window's release will mark the worldwide Blu-ray debut of Blue Spring with brand new bonus material exclusive to this release.

Synopsis via IMDb: A group of a run-down Tokyo high school students face the struggles of growing up, growing apart from their friends and worrying about their future, while living in a highly violent environment. 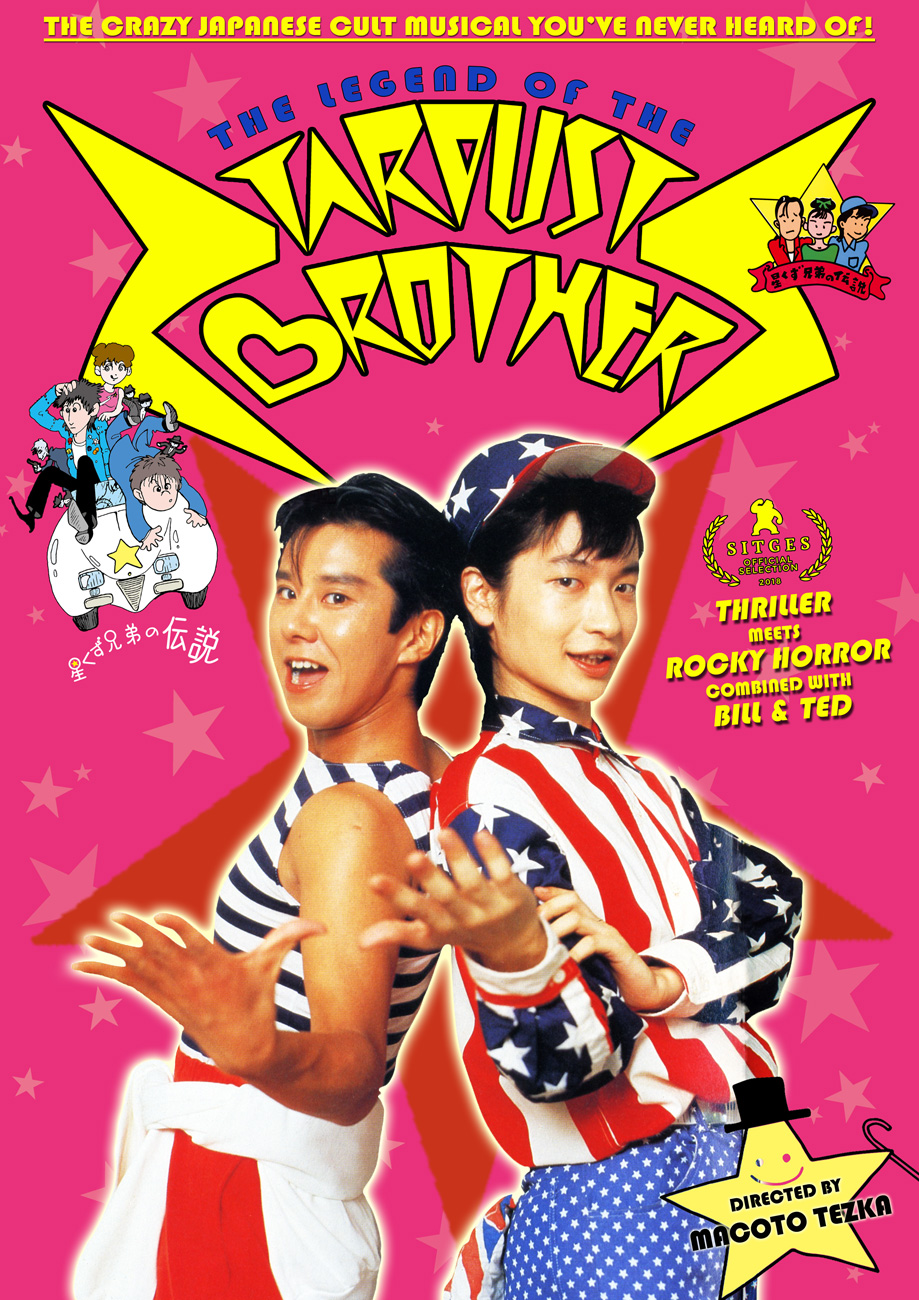 The Legend of the Stardust Brothers

This recently rediscovered musical fantasy by Tezka Macoto - son of manga legend Tezuka Osamu - has been wowing festival audiences with renewed vigor after over thirty years underground. Third Window Films have remastered and reconstructed a new director's cut version of the film they characterize as a cross between Rocky Horror, Micheal Jackson's Thriller, and Bill & Ted and it will make its worldwide Blu-ray debut in the second half of 2019.

In it, two rival bandleaders – the punk Kan and the new wave Shingo – are fused into a synth-pop duo by a shady record promoter with the stare of a Bond villain and the grease of a casino manager. The odd couple climb the charts alongside their fan club manager, a former groupie with star aspirations of her own. Together they soar into the stratosphere, dodging laser-beams and robots like they’re in a futuristic Hard Day’s Night, cozying up with white girls and snorting coke from kiddie pools like a Rolling Stone. But the higher the climb, the steeper the fall, especially as the film starts ripping the record industry for its soul-sucking exploitation, its conversion of joy into briefcases of cash, and its susceptibility to government interference. 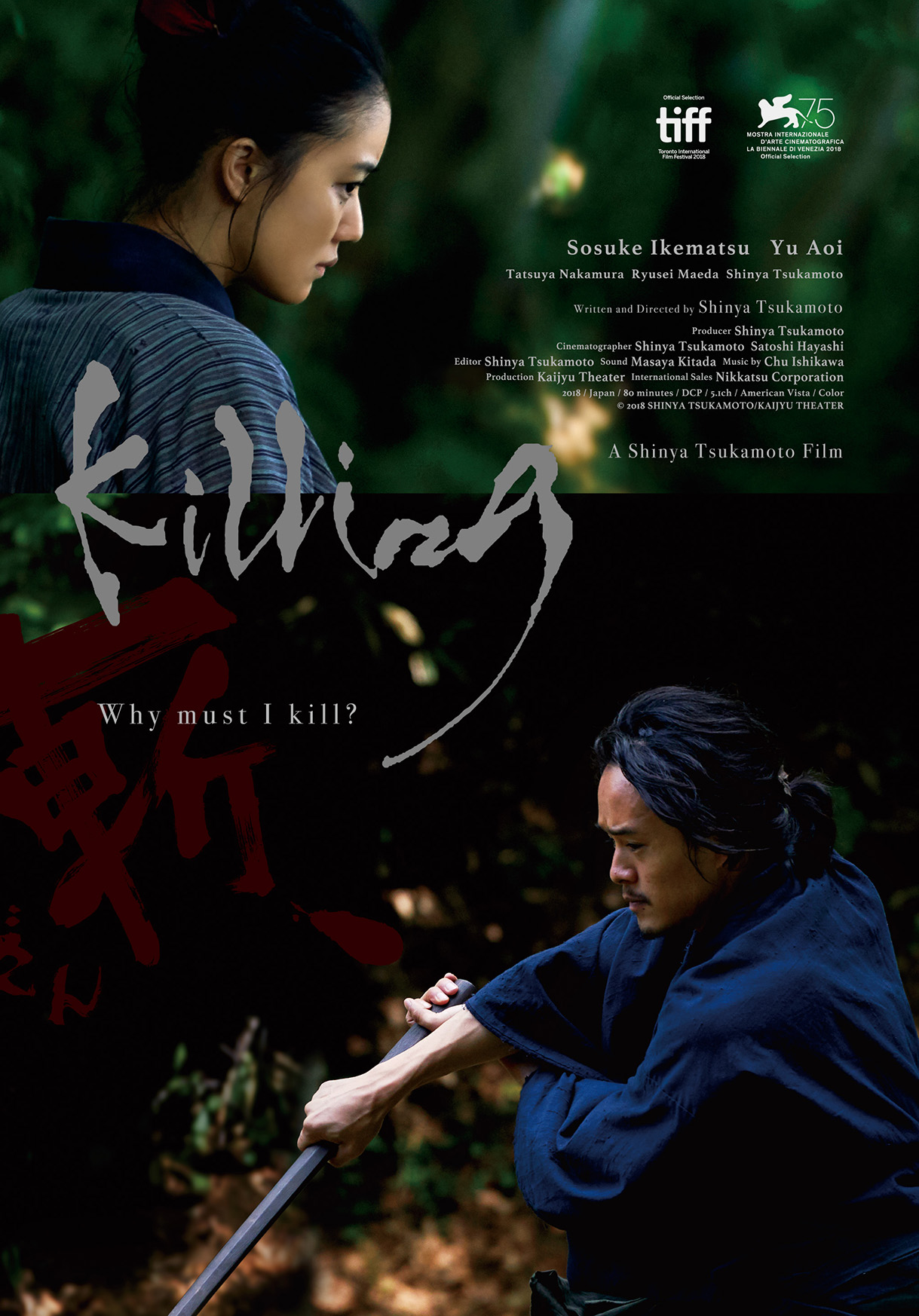 The latest feature from the iconoclastic Tsukamoto Shinya (Tetsuo: The Iron Man, Tokyo Fist), Killing is another venture into period filmmaking following his 2014 remake of Ichikawa Kon's WWII classic, Fires on the Plain. Killing recently had its world premiere at the 75th Venice International Film Festival and has made the rounds of other prestigious events in the months since. James Marsh saw Killing at the Busan International Film Festival and had this to say:

Tsukamoto has delivered a bold, evocative film that is propelled by a raw, desperate energy and resonates like the work of a much younger artist, and proves never less than wholly engrossing.

Synopsis via Sitges Fantastic Film Festival: Mokunoshin is a samurai who, during the reigning peace in Japan in the 19th century, spends his days helping peasants. His encounter with another veteran warrior and the arrival of ronin group in the village will change his destiny.

More about Legend of the Stardust Brothers