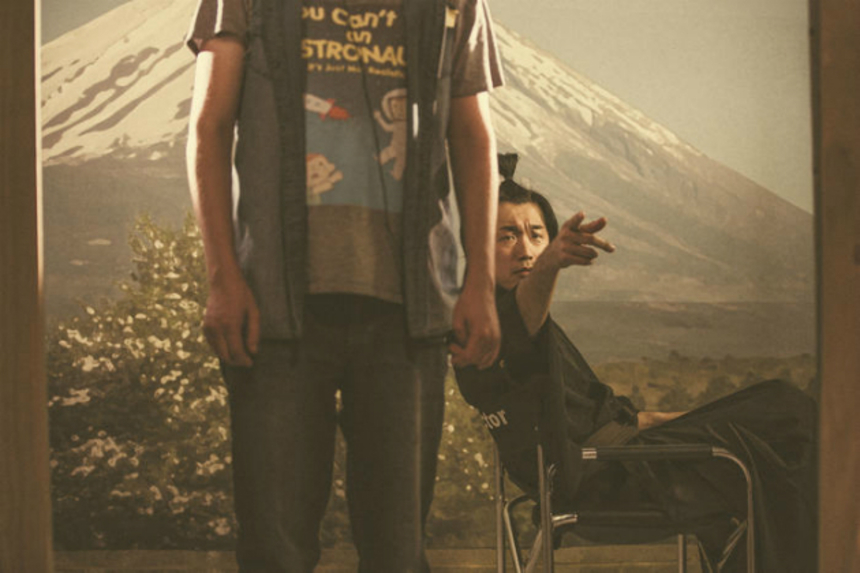 In Japan he was known as the Deductive Reasoning Ronin but in Australia? In Australia he was the Top Knot Detective and he's being brought back to screens in this documentary web series by Aaron McCann and Dominic Pearce. What's it all about? The directors explain:

Aaron McCann: Top Knot Detective is a look back at this amazing, obscure early 90's Japanese samurai series that had a huge cult following in Australia in the early 00's. It's a documentary about the show and some of the bizarre behind the scenes antics that it's creator and co-stars got up to, as well as investigating how the main star ended up in jail 20+ years later. The show itself (originally titled "Ronin Suirei Tentai") was a badly put together samurai series where the central character would solve crimes and kill monsters on his journey to avenge the murder of his master... but to make such a show possible it included branded content (which was new for the time) and massive genre mashups that never quite fit in with the Edo time period the show was set it. It was sexist, badly scripted, badly acted, horribly translated and definitely fell into that "so bad it's good" category.

Dominic Pearce: Or maybe that's all bullshit. Maybe it's just a show we made up from scratch as a throwback to the types of films and TV shows both myself and Aaron used to watch on SBS in the early 90's when Des Mangan used to host the Cult Movies program during the week and you'd be constantly freaking out about the volume level in case your parents heard you watching it in the middle of the night. Maybe the idea was born out of a love affair with the entire gamut of Japanese TV and shit 90's action shows, and wanting to hark back to an era that you keep confusing with the 80's because you're in denial about hitting 30 and still living with your parents.

Whatever the story behind Top Knot Detective may be it's great fun and the first episode is online now at the SBS website. Check it out now!

Do you feel this content is inappropriate or infringes upon your rights? Click here to report it, or see our DMCA policy.
aaron mccanndeductive reasoning ronindominic pearcetop know detective