Ard Vijn
Editor, Europe; Rotterdam, The Netherlands (@ardvark23)
Tweet Post Submit
(OK, seeing as how the releases are so similar, I'm cribbing the first bit of this article from my previous one about The Fog...)

The UK distributing branch of StudioCanal is an unpredictable one. Their home releases range all the way from borderline barebones to absolutely fantastic. Luckily, their new series of John Carpenter film releases fall in the second category.

This month, StudioCanal brings us The Fog and They Live, and next month these will be joined by Escape From New York. All of these sets contain their title on UHD 4K and Blu-ray, and have extensive extras, including cards, a poster, a booklet and the soundtrack CD.

On top of that they are NOT ugly-looking, so I am going to feature all of them in this series of articles. I started last week with The Fog, and now here are some pictures of the They Live set. Click on the edge of the pictures to scroll through them, or at the center of each to see a bigger version. 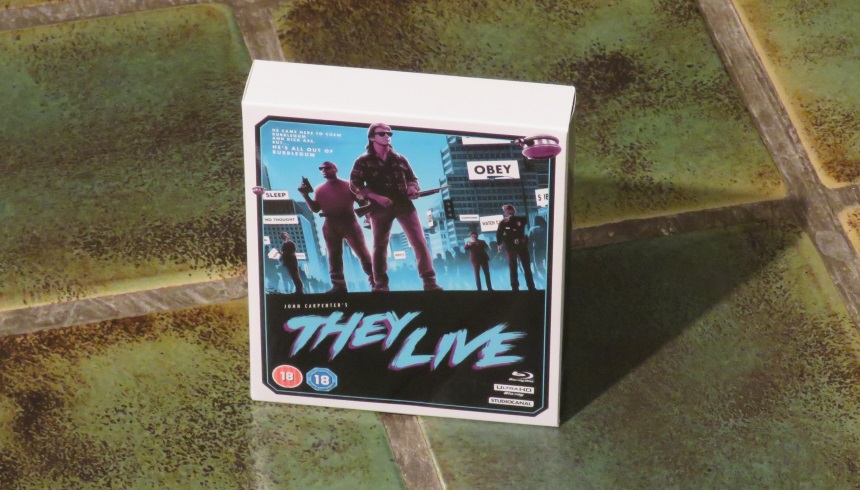 Time to kick ass or chew bubble-gum, and StudioCanal is all out of gum: here it is, a big slipcase. 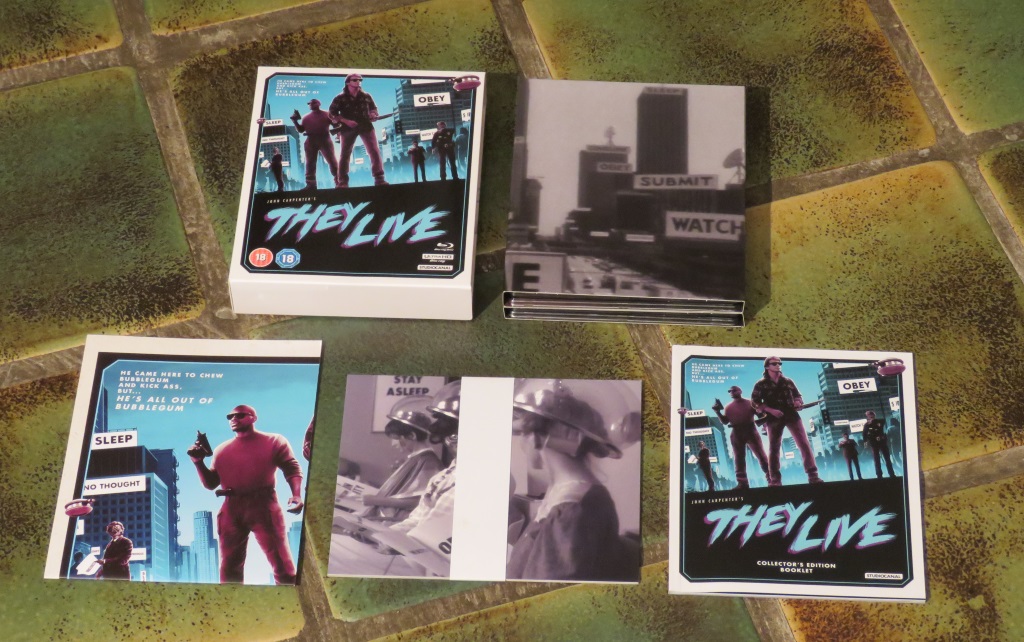 Inside the slipcase are a large Digipak, a booklet, a folded poster and some cards. 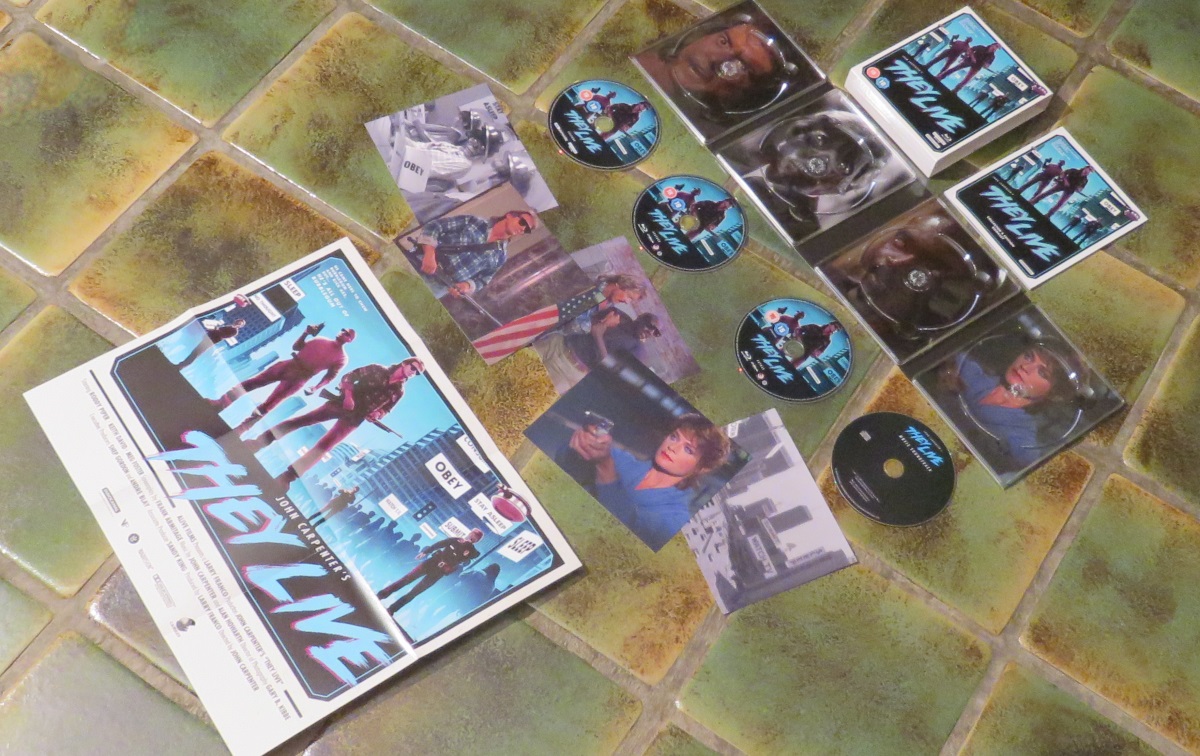 All contents opened. On the discs are the film in 4K UHD, two Blu-rays, and the soundtrack CD (always worth it when it's a John Carpenter film...). 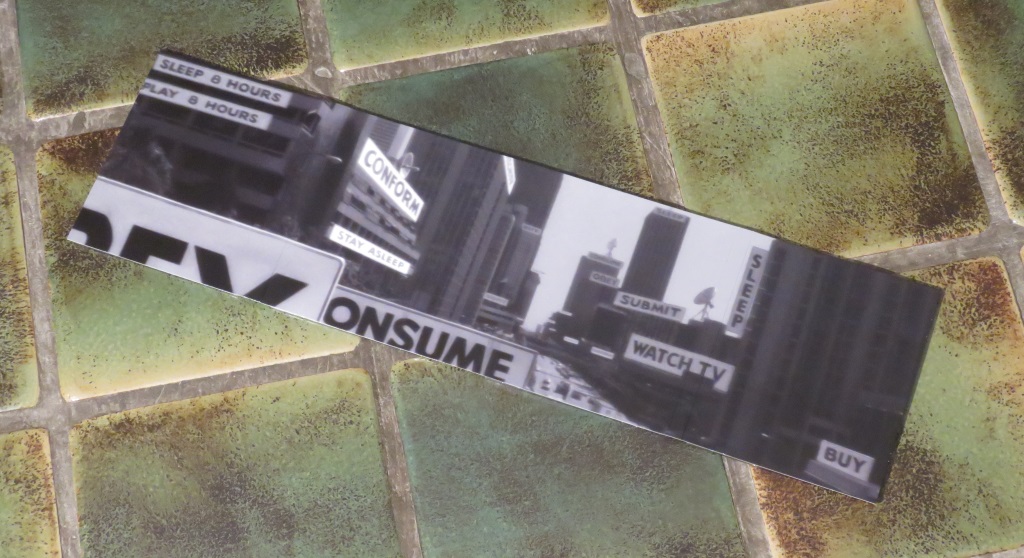 The backside of the Digipak. 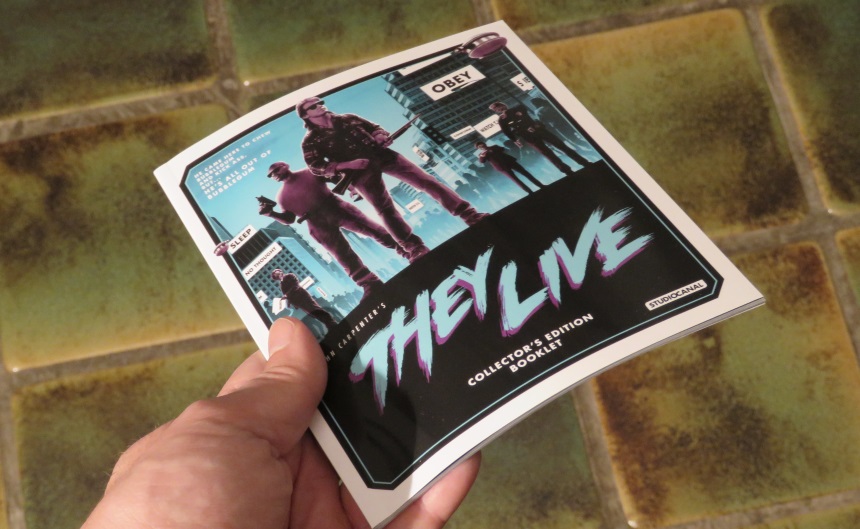 In it, there are articles, character bios, but also a comparison between Philp K. Dick's short story "Eight O'Clock in the Morning", the comic-book adaptation of that story "Nada", and Carpenter's film. Neat! 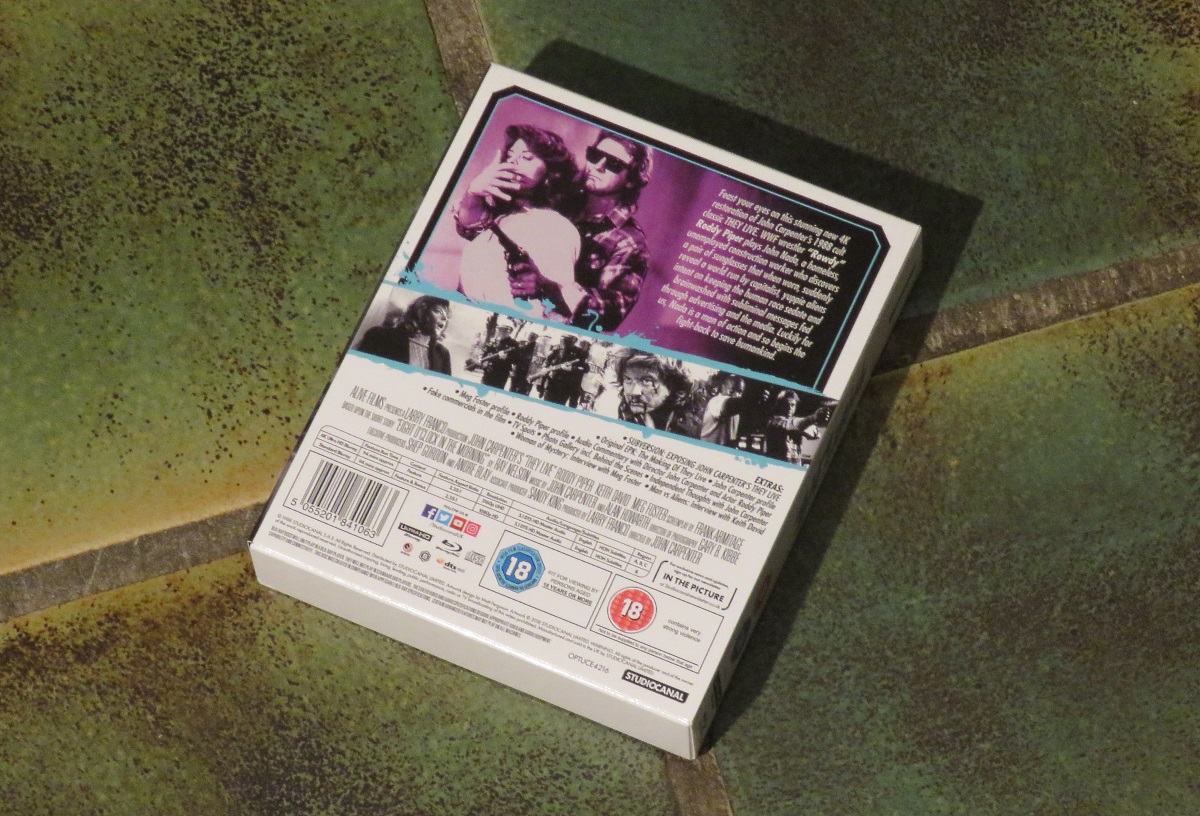 The (back) end. Like their release of The Fog, StudioCanal scores here, and I'm looking forward to the others!