Pretty Packaging: StudioCanal's THE THIRD MAN Is A Well-Kept Secret

Ard Vijn
Editor, Europe; Rotterdam, The Netherlands (@ardvark23)
Sign-In to Vote
Tweet 0 Submit
On-line stores tend to give you friendly advice on "other purchases you might be interested in", and while I generally don't have much use for these, some stores have such vast catalogues and such good algorithms that I do occasionally peek at their messages.

This is how I became aware that distributor StudioCanal had released a spiffy Limited Edition for Carol Reed's 1949 classic thriller The Third Man, starring Joseph Cotton and Orson Welles, both delivering career-best performances in it. And as it's one of my favorite films (and wasn't all that expensive) I ended up actually buying it.

I was rather startled when I discovered that this release was very, very good and on the market already since July 2015. A four-disc edition with the film on Blu-ray and DVD, based on a remastered 4K transfer, with commentary tracks and hours of extras, with a CD of the world-famous soundtrack and some trinkets? How did I miss this?

When I shared this factoid with several disc-collecting friends around the world, they were all shocked as well. For a group of people normally adept at uncovering the rarest of editions from places like Hungary or Thailand, to have this edition, of this famous classic, somehow managing to slip below all of our radars? That's unheard of!

Normally I wouldn't put up a "Pretty Packaging" article for a release that's almost a year old, but if we didn't know about it, chances are there might be more fans like us. I mean, this is The Third Man we're talking about, not some barely known forgotten noir. Last I heard, a year ago Criterion's out-of-print edition was still fetching ridiculous prices on the second-hand market...

Therefore, here is a gallery of shots. Click on the edge of the pictures to scroll through them, or at the center of each to see a bigger version. 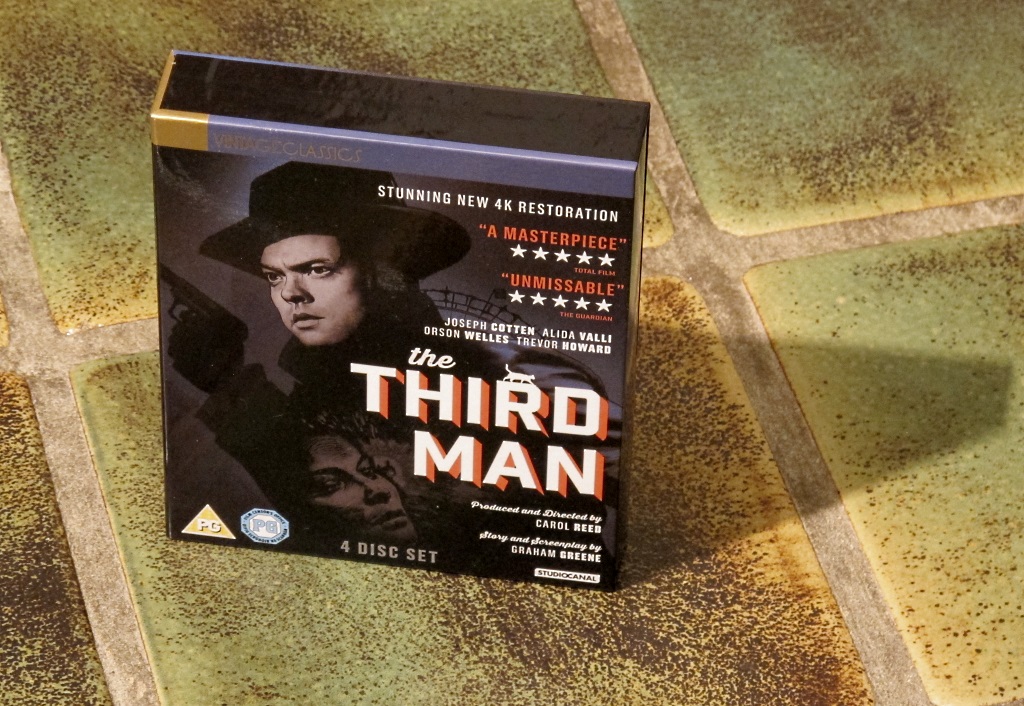 And here it is: a sturdy hard-cardboard slipcase. A bit unassuming perhaps, but it houses four discs: the film on Blu-ray and DVD, based on a 4K remastered transfer, hours of on-disc extras about the film, and the world-famous soundtrack on CD! 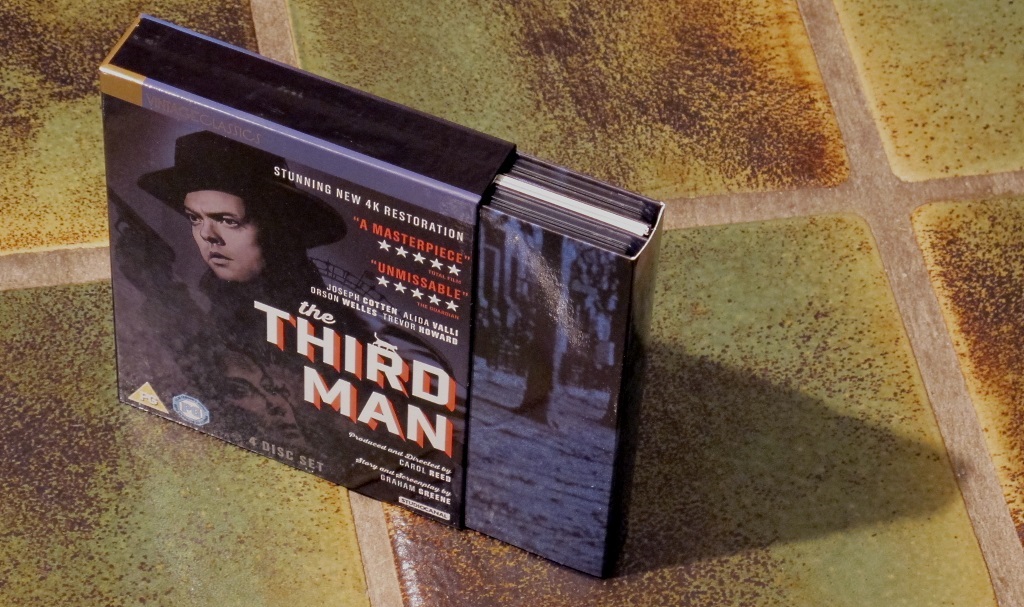 Taking out the digipak, which is folded around the other physical extras. 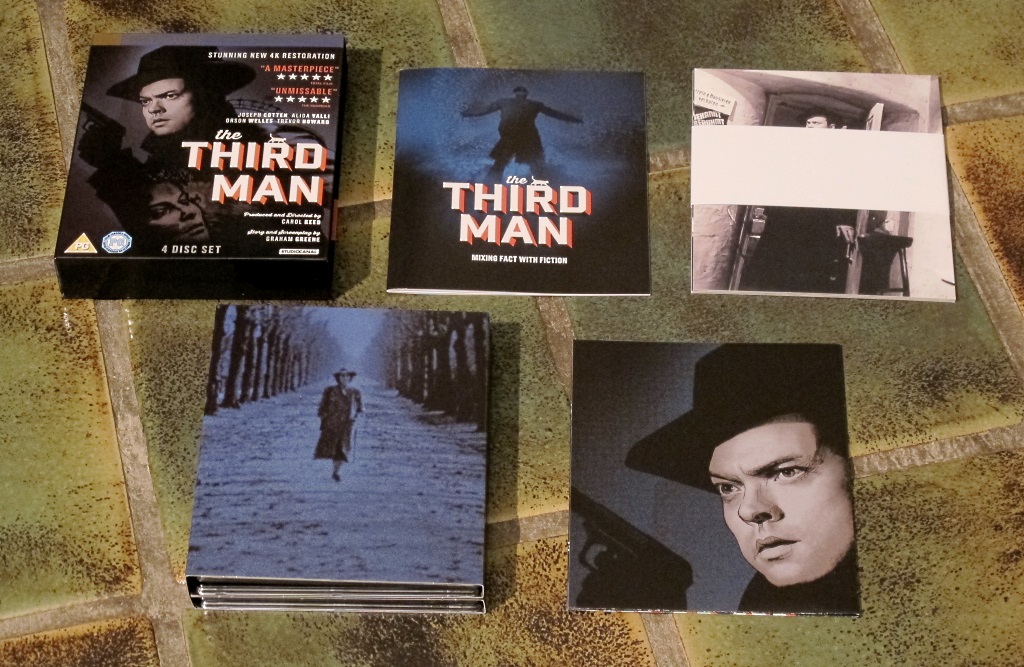 All contents taken out: the four-disc digipak, a booklet, a collection of cards, and a poster. 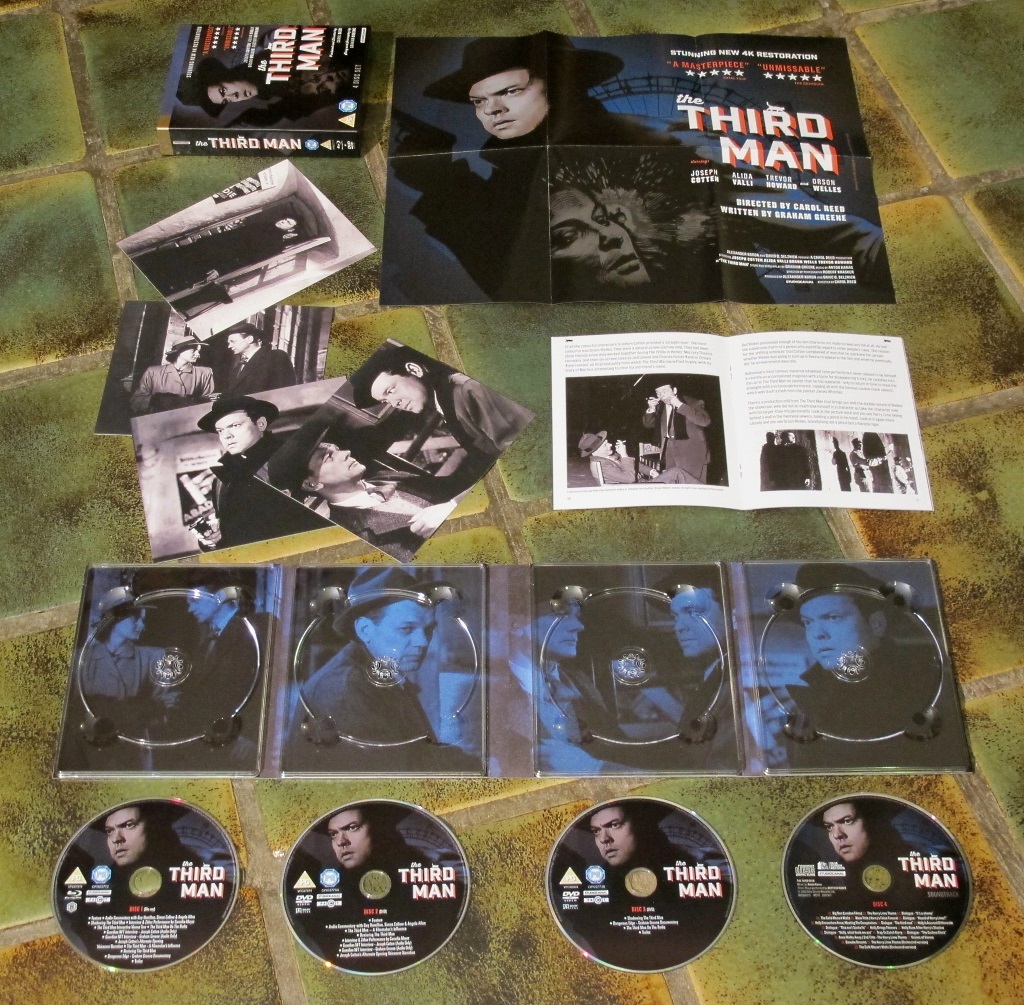 All contents unfolded and opened. 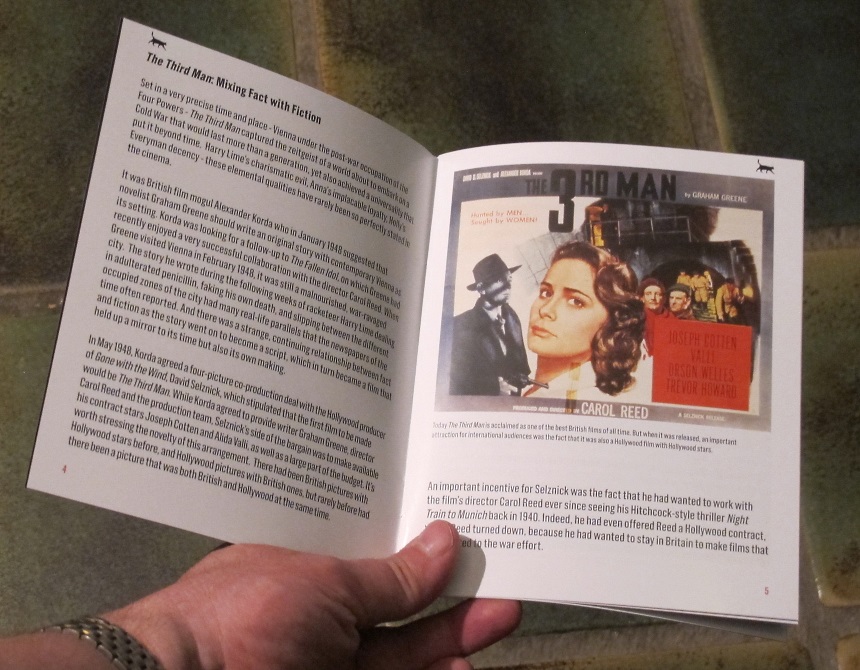 The booklet is thin at only 20 pages, but provides quite a bit of information and photographs. The real meat for lovers of the film will be in the hours of documentaries on the disc though, as well as the commentary track. Still, definitely a nice addition to the set. 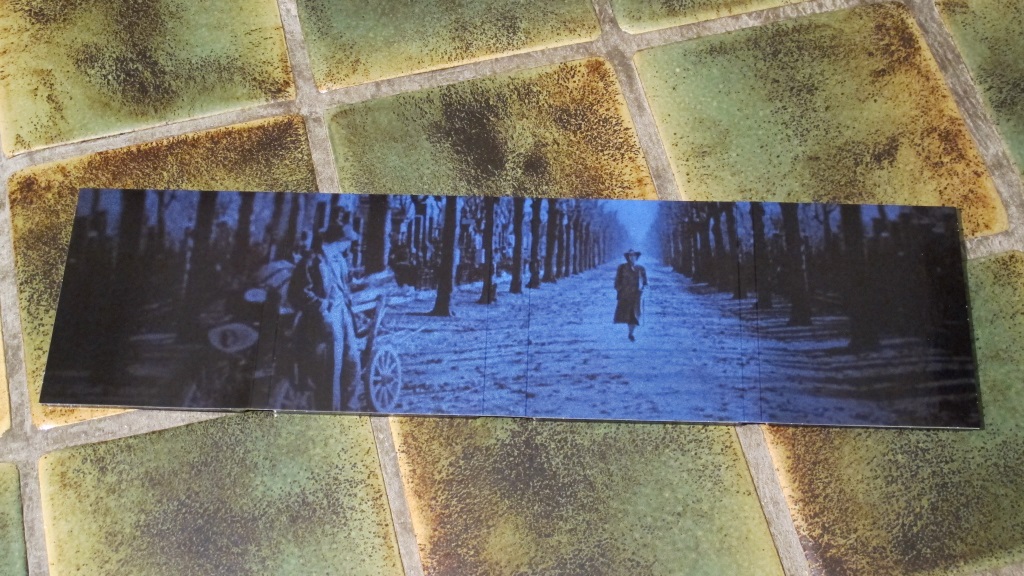 The end...
(This is the backside of the digipak)

And I'm adding this distributor to my searches from now on.

More about The Third Man

Apparently the Blu-ray disc of this set will actually play on region A players (US, Canada), and while some players struggle with some of the extras, the film itself will play everywhere. Just saying...