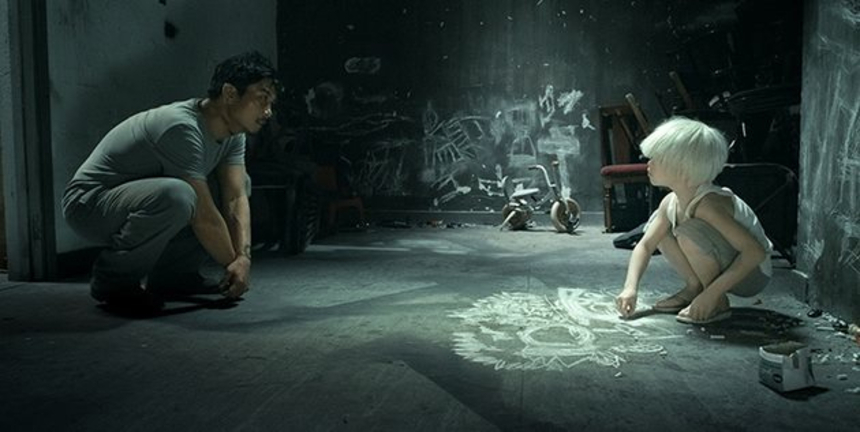 Hong Kong popstar-turned-actor Juno Mak continues to defy expectations with his directorial debut, a sombre and eerie eulogy to the hopping vampires of the 1980s that trades the sub-genre's signature laughs for world-weary melancholy from a fine cast of screen veterans.

After the surprise success of Wong Ching Po's Revenge A Love Story, lead actor Juno Mak, who also conceived of the bleak thriller's premise, felt sufficiently empowered to step behind the camera and helm a feature film of his own. Inspired by the traditional Chinese vampire films of his youth, most notably Ricky Lau's Mr. Vampire (1985), Mak set out to resurrect and ultimately lay to rest that particular sub-genre of Hong Kong horror.

Set in a shadowy, otherworldly apartment complex, populated by a disparate assortment of elderly loners and creepy kids, washed-up actor Chin (Mr. Vampire's Chin Siu Ho essentially playing himself) moves into a vacant unit, with the sole intention of ending his miserable life. But Chin's presence is immediately noted by the other tenants, most obviously perturbed housewife Feng (Kara Hui Ying Hung) and the building's caretaker, Uncle Yin (Lo Hoi Pang). Supernatural forces are at work in the building, and Chin's apartment in particular, and when his wizened neighbour, Yau (Anthony Chan Yau) intervenes and prevents his suicide, Chin discovers his real problems have only just begun.

Fans of Hong Kong Cinema's proud heritage of vampire films, filled with energetic kung fu and knockabout comedy, will struggle at first to see a similarity in Mak's proposed homage. Rigor Mortis is bleak, moody and contemplative, building a progressively unsettling atmosphere while exploring the dark backstories of its world weary characters and haunted environs. The film has a gorgeous aesthetic (shot by Ng Kai Ming and edited by David Richardson) that is both seductively dreamlike and quietly nightmarish, which helps build towards the action and scares to come.

Far and away the biggest trump card in Rigor Mortis' deck is its spectacular cast of Hong Kong veterans. Rather than follow the lead of his recent acting projects, which saw Mak share screen time with some of the region's hippest young talents, he has assembled the last survivors of that bygone vampire genre, together with some of the finest character actors working today. 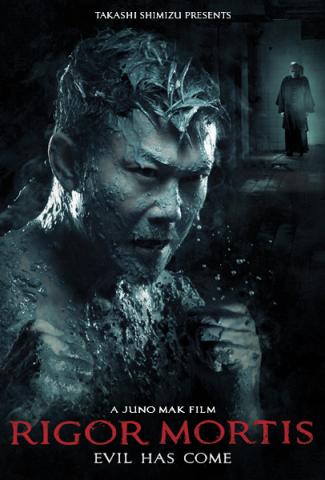 Chan Yau appeared alongside Chin Siu Ho in the original Mr. Vampire, and officially retired from filmmaking in the mid-1990s. Here he is the soul of the entire film, a taoist-style exorcist who comes to Chin's aid after he is unwittingly possessed by the malevolent demons that haunt his new home. While the audience is brought into this film by Chin, who is gifted a rare starring role, it is Chan who takes our hand and leads us through the complex and largely unfamiliar world of ritual and superstition that is required reading before tackling Chinese hopping vampires. Chan gives an unshowy, but captivating performance that is sure to lead to plaudits and hopefully an extended return to the industry.

Kara Hui (Wu Xia, My Young Auntie) gives predictably strong support as a deeply troubled mother who now wanders the corridors of the complex with her young, white haired son. However, nearly stealing the show is Nina Paw Hee Chung (The Way We Are) as a recently widowed resident who goes to extraordinary lengths to bring her husband (Richard Ng Yiu Hon) back from the dead. To do this she enlists the help of the mysterious Uncle Gau (Chung Fat, another former thesp brought out of retirement), who also dabbles in the dark arts.

While audiences familiar with more Western vampire legends may be somewhat lost by the specifically Chinese mythology in Rigor Mortis, Mak is as inspired to educate his audience as he is to entertain them, and before long Yau and Gau are casting spells, repelling long-haired demons, and dispensing amulets throughout the building as they do battle with all manner of supernatural entities.

Renowned Japanese horror director Shimizu Takashi (Ju-On, The Grudge) is on board as a producer, and his influence is certainly felt during many of the film's more overtly ghostly moments, and Mak has credited Shimizu with influencing much of the film's sinister aural landscape.

The result is a film that will no doubt surprise many viewers, both in its maturity, technical competence and host of uniformly excellent performances. Mak has refused to go easy on himself with his latest artistic endeavor, venturing even further into the moody darkness that his earlier work, Revenge: A Love Story, suggested, while also embracing CGI and local horror iconography. Rigor Mortis is a slowburn by typical vampire movies standards, and never attempts to resurrect the humour of Mr. Vampire and its contemporaries, but proves a brave, confident and assured debut from a new independent voice in Hong Kong Cinema.