RAW, THE AUTOPSY OF JANE DOE and More Win at Monster Fest 2016 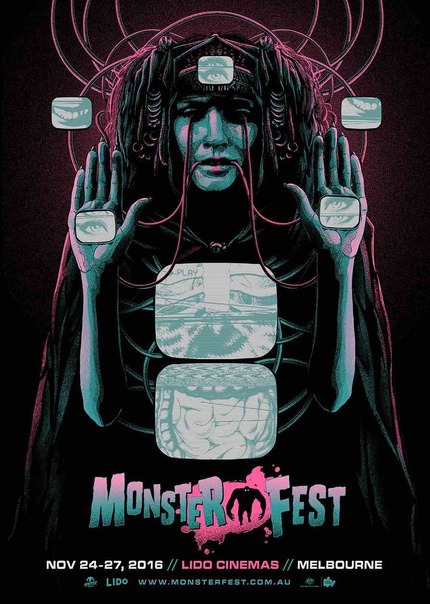 Monster Fest, one of Australia's best genre fests, wrapped up this past weekend and with it some awards love to some of the many great films to grace our genre-loving screens this year. Raw, Julia Ducournau's debut feature and a big hit on the festival circuit, won both the top Golden Monster Award, and the award for Best FX. Australian film Safe Neigbourhood, also won two awards, for Best Australian film and Best Male Performance for Levi Miller; and A Dark Song won double, for Best Cinematography and Best Score.

Other notable winners in the feature films catageory include The Autopsy of Jane Doe for Best International Feature; Prevenge won the Monster Innovation Award and Bartosz M. Kowalski won Best Director for his film Playground.

Monster Fest also gives a lot of love to short films, with plenty of awards to go around. André Øvredal (director of The Autopsy of Jane Doe) won Best International Short for his film The Tunnel. Najarra Townsend picked up yet another (deserved) award for her performance in Jill Gevargizian's The Stylist. And Alice Waddington's glorious black-and-white Disco Inferno won for Best Cinematography.

Full details and list of winners in the press release below.

“There were huge waves of emotions running through the films,” says short film juror Amanda Reyes, “whether it be legitimate fear and terror, or grief or even wildly raucous humor. Insomnolence, which won the Best Australian Short category is a prime example of combining terror and sadness in unique ways that sat deeply with the jury. Same with The Tunnel, which won for Best International Short. The Tunnel is visually stunning, but it is the tragedy held within the simple gut punch ending that made it an unforgettable experience.”

Best Documentary: SYMPATHY FOR THE DEVIL: THE TRUE STORY OF THE PROCESS CHURCH OF THE FINAL JUDGEMENT (Neil Edwards, UK)

Best Director: WHAT HAPPENED TO HER (Kristy Guevara-Flanagan, USA)

Best Effects: THE PAST INSIDE THE PRESENT (James Siewert, USA)

Honorable Mention for short we'd like to see made into a feature: DAWN OF THE DEAF (Rob Savage, UK)