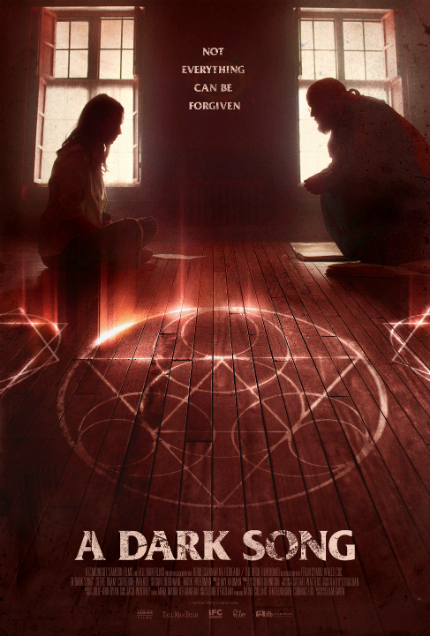 A new trailer for Liam Gavin's A Dark Song is intended to promote the film's upcoming U.S. release, but instead it has ruined my day.

That's because it reminds me of my first viewing of the movie, when it made its North American debut at Fantastic Fest in Austin, Texas. Shelagh M. Rowan-Legg, one of our associate editors, had already published her review, which included this striking sentence:

Rather than give the usual frights, Gavin instead goes for the lonely heart of the occult: the attempt to contact the beyond, for the most heart-wrenching of reasons.

Initially, I felt the film was quite chilly, but I don't know if that is its actual temperature or if I was withdrawing into myself to avoid engaging fully with the story, which follows Catherine Walker, who is desperate to speak with her young son again, never mind that he's dead. She heads to a remote location, where the ornery, exacting Steve Oram endeavors to put the two souls in touch.

A Dark Song is a bracing, disturbing, unnerving film and the new trailer fully reflects that. It will open in select theaters, VOD, and via digital platforms in the U.S. on April 28 via IFC Midnight. The poster here is a new one for the U.S. Watch the trailer below.

Do you feel this content is inappropriate or infringes upon your rights? Click here to report it, or see our DMCA policy.
Catherine WalkerIrelandLiam GavinSteve Oram