Now on Blu-ray: RAW, More Full-Blooded Than Ever on Limited Release from Second Sight Films

Fans ravenous for Julia Ducournau’s next film have something to tide them over thanks to a new limited edition of her jaw-dropping debut, Raw.

The story of a veterinary school freshman, Justine, who gets forced into eating meat for the first time during a college hazing ritual, Raw became a Cannes sensation when it premiered and went on to stun audiences at a multitude of festivals, earning universal acclaim. The film presents a radical awakening in which carnal coming-of-age desires merge with cannibalistic cravings and sees the protagonist (Garance Marillier in a breakout performance) search for her own humanity and freedom as she battles external pressures that seek to control her and her body.

While Raw has graphic, Cronenbergian horror pulsing through its veins, Ducournau’s film is also darkly comedic and entirely its own thing, tackling conformism and the love-hate dynamic of siblings in one fell swoop that’s often as visceral as it is heady. Naturally, much has been written about Raw since its world premiere, which is where our own Shelagh Rowan-Legg noted that “[a]s an allegory of the discovery of identity, shifting sexuality, the sexual power of women, and the first steps into adulthood, it's a unique and rare film that will hopefully (and deservedly) find an audience beyond genre film fans”. (Read her full review here.)

In case the latter hasn’t happened yet, UK-based distributor Second Sight Films now has you covered with a fleshed-out special edition that has what it takes to bring a new audience into the fold. Packed with a bevvy of extra features that encourage reflection, this release pushes viewers beyond the grisly shocks and helps decode the more metaphorical layers of Raw. For those who already own a copy of the film, this gorgeous new package offers a perfect excuse to rediscover Ducournau’s firecracker and deepen their appreciation of it in the process.

Presented in a rigid slipcase that looks beautiful on a shelf, this collector’s edition comes with a perfect-bound booklet containing essays and interviews as well as three collector’s art cards (all of which can be previewed in the gallery below). Noted critic Emma Westwood, who also joins Ducournau on one of two audio commentary tracks as well as interview featurette “Raw À Votre Goût”, discusses how food is a conduit for self-expression in “Meat or Veg? Digesting the Film Raw”.

She observes that the food we choose to consume is a reflection of our sense of self and, in the case of Justine, her forced intake of meat (by the hand of her sister), turns her into a rabid animal. Westwood convincingly argues that Justine undergoes a number of coming-of-age trials, having no control over her decision-making before gaining agency in a hopeful climax that suggests Justine is learning to cope with her eating disorder on her own terms. Garance Marillier, in a new, retrospective interview, comments on the physicality of her process and shares, among other insights, how she channeled a panther to fully embody Justine’s animalistic transformation.

An excellent companion piece to Westwood’s brilliant reading is Hannah Woodhead’s “You Are What You Eat: Cannibals on Screen”. Her essay traces Raw’s lineage to a long line of films that feature ‘feasting’ on human flesh and points out how this particular sub-genre has evolved from perpetrating its most heinous (often sexualized) violence on women to instead becoming “a radical tool for filmmakers who wish to make audiences sit up in their seats and make audiences take note of female oppression”.

A regular contributor on Second Sight’s releases, genre connaisseur Alexandra Heller-Nicholas offers an in-depth video essay called “A Family Affair”, in which she explores Justine’s fraught sisterly bond with Alexia (Ella Rumpf) and how, despite being groomed by familial and social expectations, Justine must navigate her own way through life, without cutting herself off from the family unit altogether. Heller-Nicholas further explains how Raw deconstructs the taboo that paints cannibalism as something inhuman to call into question rituals that have become socially sanctioned yet are gruesome in their own right (think along the lines of college hazing rites and bikini waxing to uphold western beauty standards).

The features mentioned above barely scratch the surface since this Blu-ray contains a few hours’ worth of bonus content, all of it food for thought well worth digesting. The segments complement each other remarkably well and this release further benefits from the prominent participation of Ducournau herself who is, as I had the privilege of discovering during a 2017 interview, highly articulate on her artistic vision and how she went about achieving it.

Following hot on the heels of its lovingly rendered release of The Nightingale, Second Sight Films' limited edition of Raw is a delectable treat that cinephiles will be keen to devour. 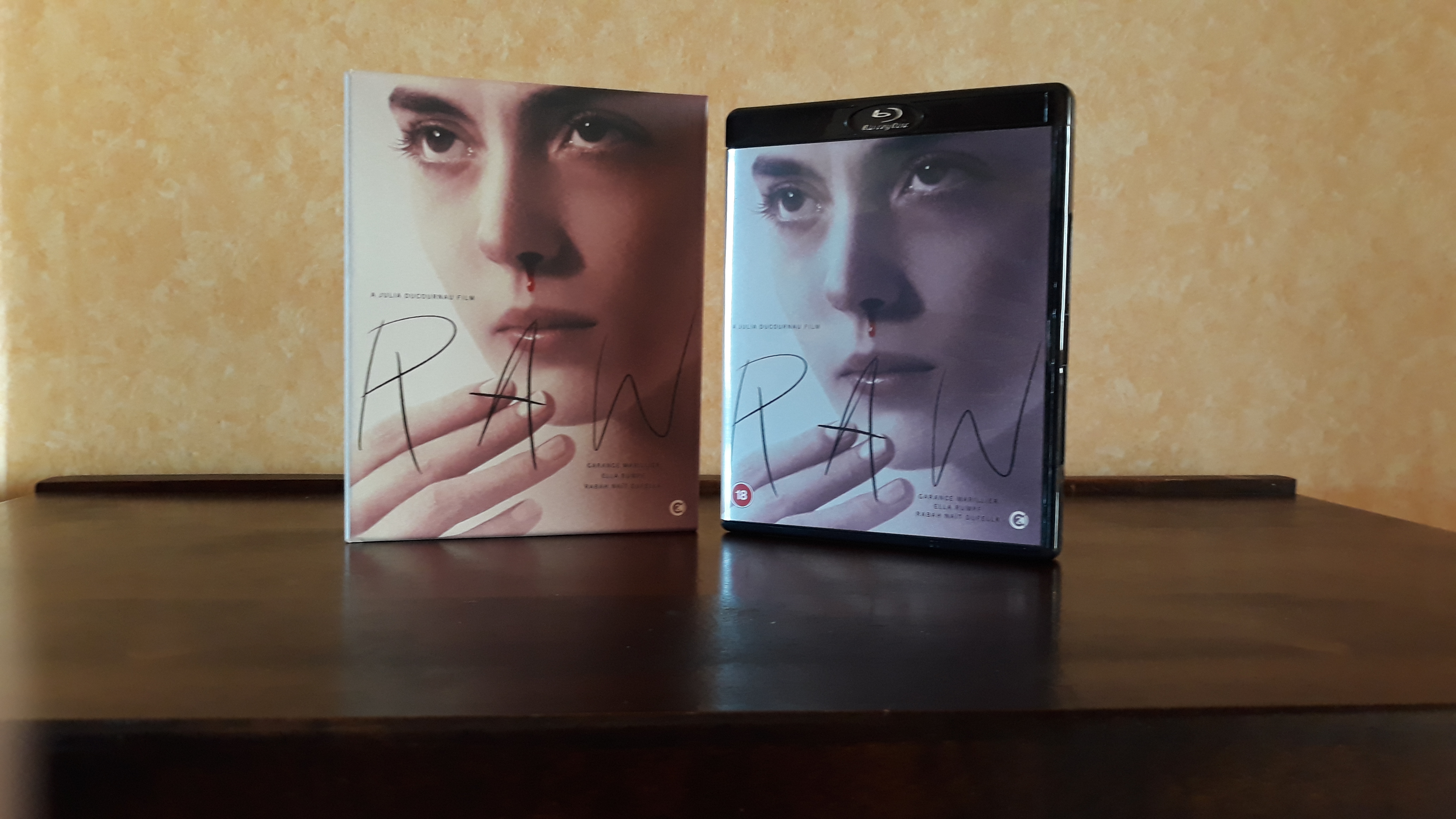 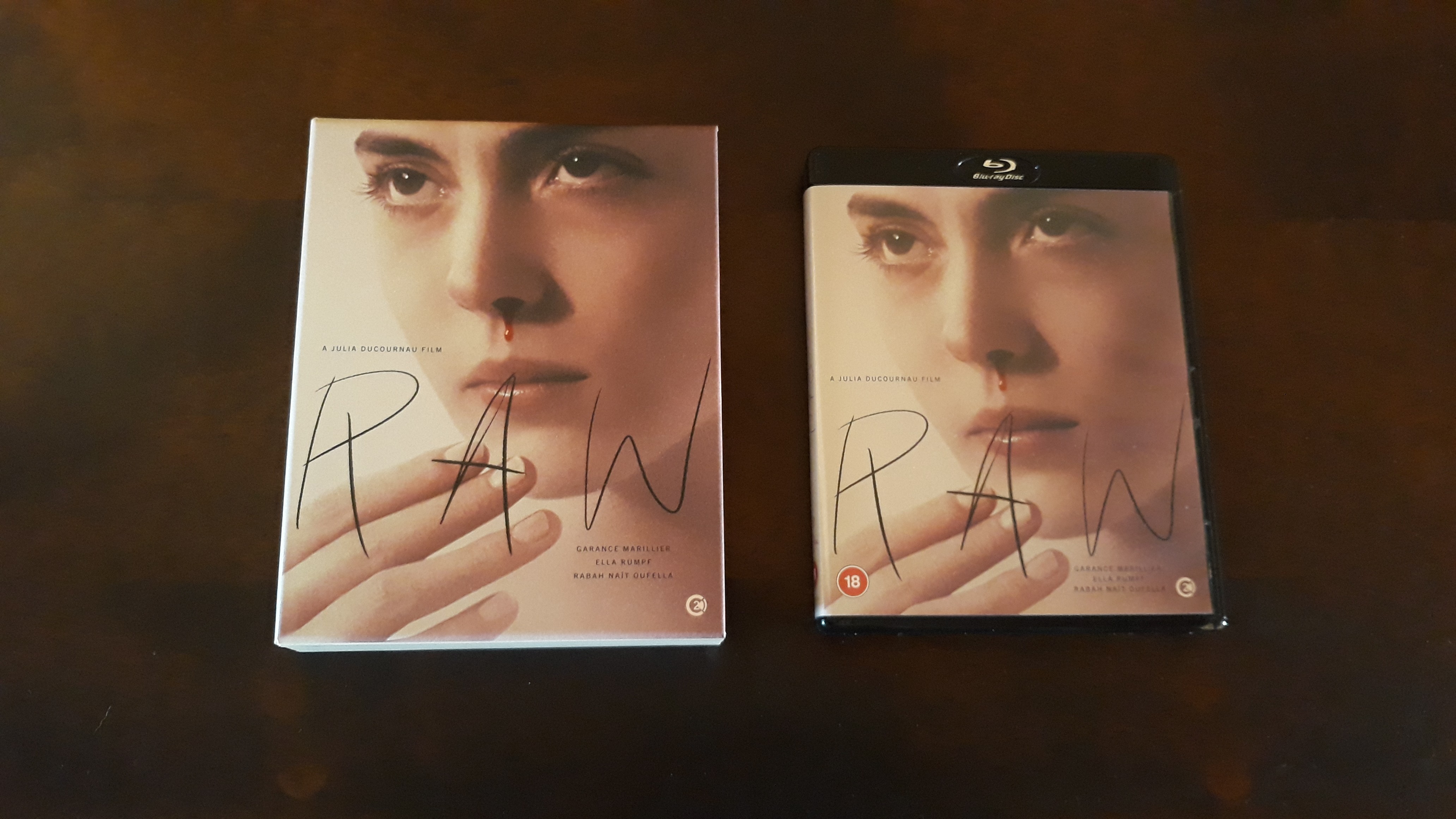 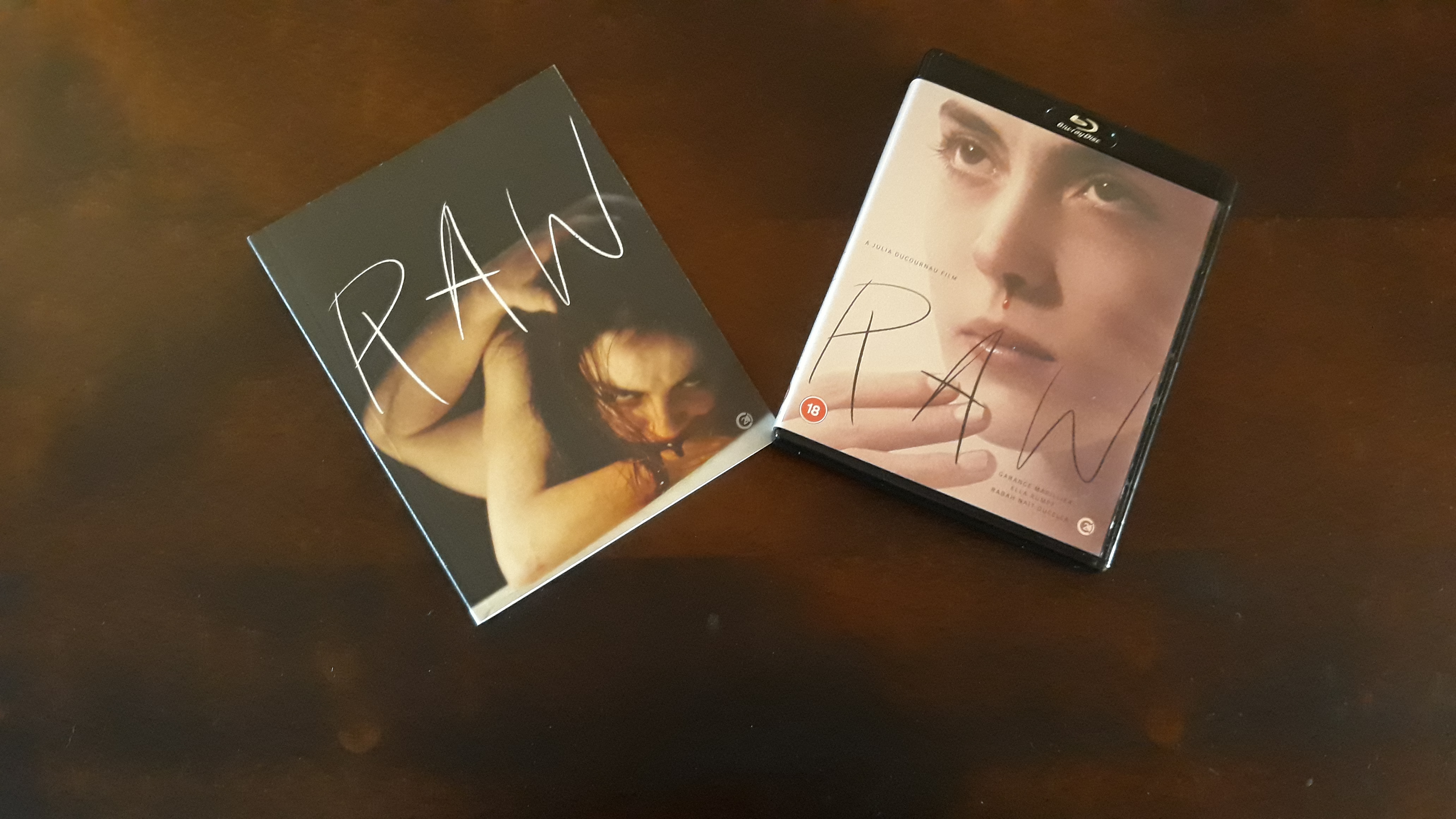 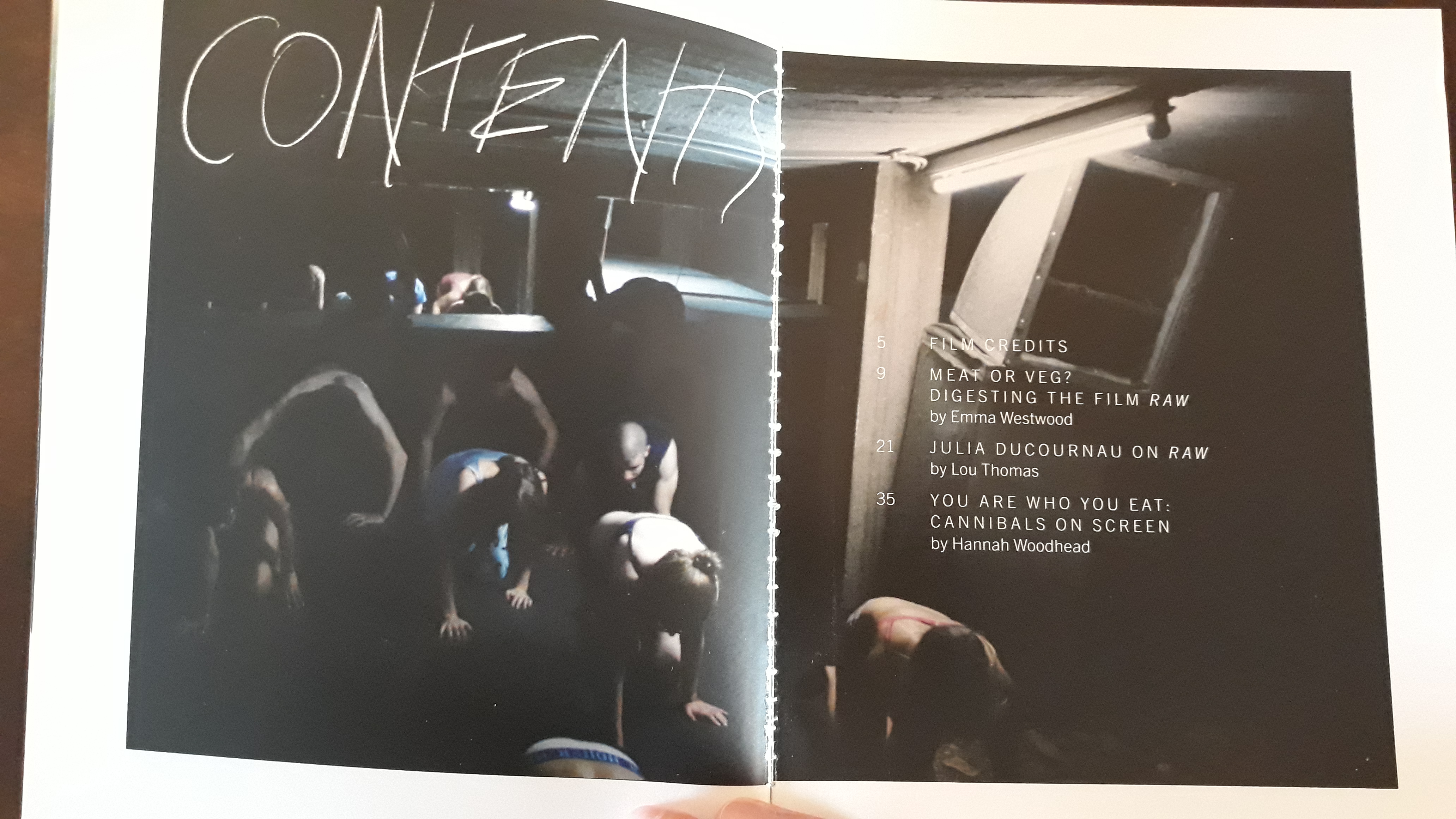 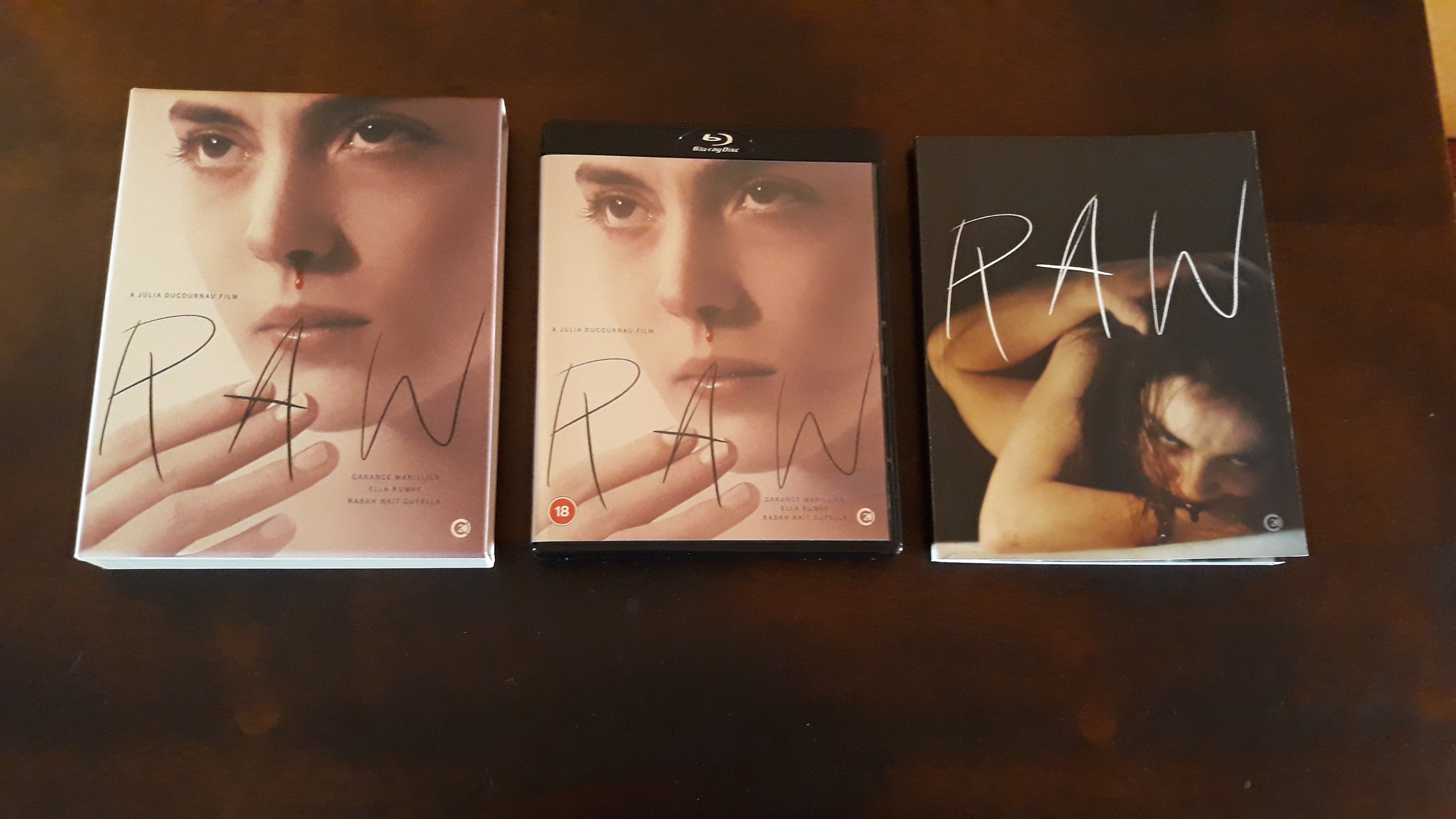 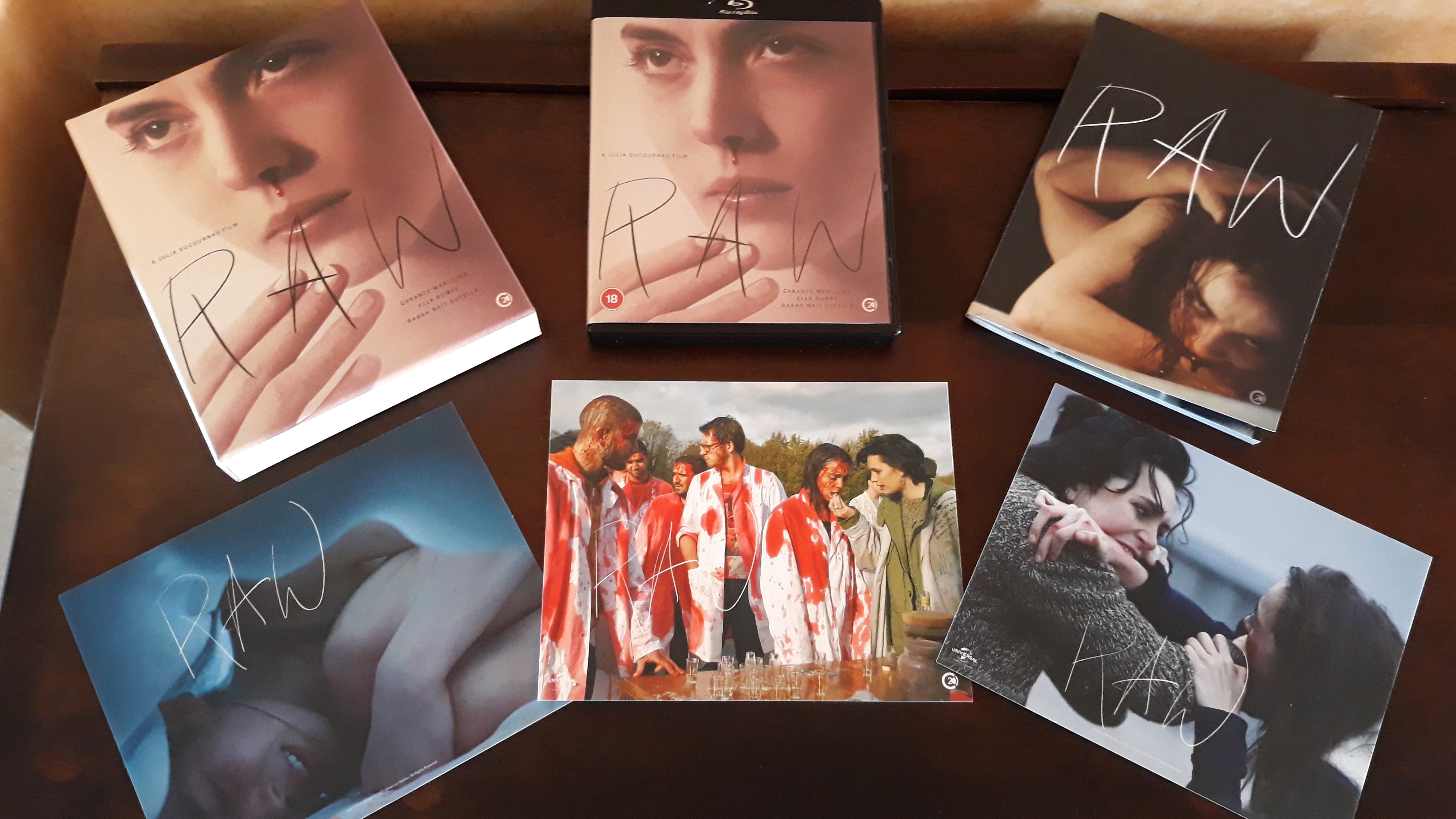 Do you feel this content is inappropriate or infringes upon your rights? Click here to report it, or see our DMCA policy.
Garance MarillierJulia DucournauRawSecond Sight Films