Destroy All Monsters: Movie Brands Are Ads, Not Outcomes 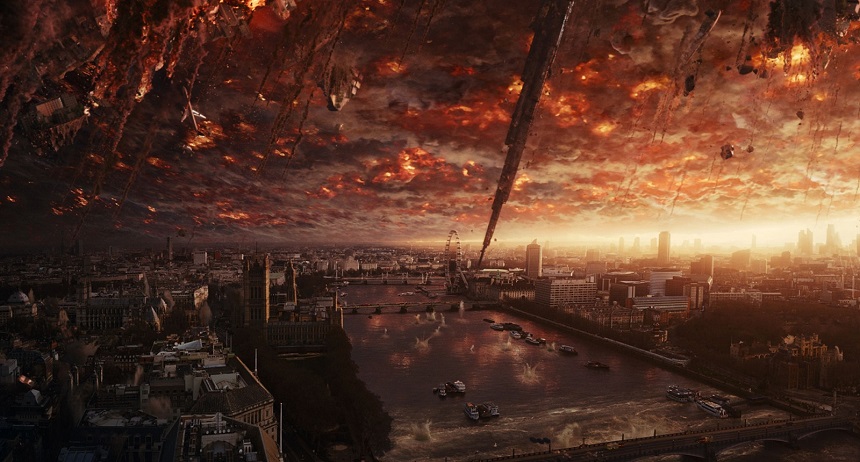 Independence Day Resurgence had all the makings of a mega-hit (in North America, at least): apocalyptic action, big(ish) returning stars, and most importantly in terms of what properties have netted huge returns in this decade, a nostalgia-friendly recognizable brand. So why did it crash and burn?

Well, let's start it like this: did you know "they're" remaking Big Trouble In Little China? Whoever "they" are. There's probably a smallish cadre of fans of the original that are pissed off about this, because that's part of the marketing process for all remakes and latter-day sequels now. There's probably also a good dollop of film fans in general who have, for this or some other recent example, tweeted "enough with all the remakes already, Hollywood!"

Good news for the latter group, at least: they might be within striking distance of getting their wish, at least for a little while.

The reason remakes of Big Trouble In Little China and Ghostbusters, or way-the-hell-after-the-fact sequels like Independence Day Resurgence and Jurassic World, exist, can be put down to a variety of factors, but one of the big ones should be obvious: brands are what the motion picture industry is run on now, and everybody wants one. For those unlucky enough not to have snagged a Marvel or a Star Wars or a Pixar early in the running (OK, Disney did really well at this particular short-rules game of Monopoly), there must begin an accounting of all the titles in the proverbial library, in an attempt to crom which of them could be brought back to life, Gregor Clegane style, to wander the world again. Which leads us, therefore (and to continue the Frankensteinian theme) to Universal trying to jump-start a Universal Monsters Cinematic Universe next year with Kong: Skull Island. Which, if you think about it for even ten minutes, is crazy.

But crazy = desperate in this case, and as the big rocks of beloved brands are all owned and occupied, pumping out sequels and spin-offs and prequels and reboots at a three-a-year clip, desperation is the rule of the day... which leads to some marketing turkey saying out loud, "well, they know what Big Trouble In Little China is, don't they? That'll make money." Audience familiarity is a big shortcut to marketability, and anything that's come out in our lifetimes is fair game. Independence Day is just the latest example.

Except, of course, that the summer of 2016 has done a pretty excellent job of demonstrating just how wide the gulf is between the A-list brands, in terms of being "sure things," and everybody else.

When Teenage Mutant Ninja Turtles 2, Alice Through The Looking Glass, Now You See Me 2 and The Conjuring 2 all drifted into movie theatres within a few weeks of each other, several of the top Think Piece Writers film critics wrote articles wondering if we've arrived at the death of the sequel. Wishful thinking. Sequels, and any pre-existing brands for that matter, aren't really the problem.

The problem is that none of these movies - along with Independence Day 2 this weekend, domestically at least - managed to move the middle box of moviegoers into the top box. And they didn't do that because, for the most part, those movies are awful, and everybody knew it.

(Yeah: put a pin in all the post-BvS fretting about "film criticism not mattering," while we're here. Opinion always matters. And film critics aren't weird strange artists with hard-to-understand takes on populist fare. They're people who love movies the most. Of course their opinions matter.)

What's the "middle box" I referred to? Well, when it comes to the blockbuster tier of movies, I'd say the audience can be divided into three groups:

I hope I'm not being too Pollyannaish with my name for the middle box. As film fans - jaded film fans, usually, depending on how old we are - we've seen a lot, and I mean a lot, of movies we all agreed were generally awful, which made ridiculous shit-tons of money anyway. (Paging Jurassic World... your pteranodon cage is open.)

Well, it happens. And it happens because there really are a (finite) number of properties in the world for whom the general population has a disproportionate number of people who would put themselves into the top box.

The top box is populated by the fanboys and fangirls, and is ruled by what is basically automatic behaviour, like me buying every Star Trek movie on blu-ray (even the ones I don't like). It's made up of people who are so fundamentally bought into the concept, or have such overriding curiosity or are so overwhelmed by the omnipresence of the marketing or the pop cultural conversation (guilty again!), that they're fish in the proverbial barrel: all Hollywood has to do is pull the trigger.

Put another way, Batman v. Superman was never not going to earn three quarters of a billion dollars. That's why Warner Brothers picked it, announced it, and drove it home. After Man of Steel, it was as close to a sure-thing do-over as they could grant Zack Snyder's super-franchise. And hey: in the short term anyway, they were right.

The longer-term problem, of course, is that they pushed a lot of top-box audience members for the DC Universe into the middle box, by trotting out a movie as widely disliked as Batman v. Superman. In other words, they ate a lot of their own audience's goodwill to propel themselves to that $800 million. They got there - they basically bought the number, to keep their shareholders happy, by using their audience's satisfaction as depreciated currency - but they will have to work a lot harder to get there again. So it goes.

It was Superman, actually, who keyed me into this middle-box phenomenon in the first place. Superman, or James Bond for another example, are as close to gold-standard brands as exist in Hollywood; and you'd think, Hollywood should exploit the shit out of both characters and fill their suitcases with money.

But in both brands' cases, they're also so old - audiences have been familiar with them for so long - that they're absolutely middle-box properties: the audience doesn't have anything against them in theory and will absolutely go to see their movies if they hear this one's a good one; but they also won't bust their ass to get out to the theatres if the reviews or word-of-mouth suck, because they've become like trains - another one will be along.

In Supes' case, we saw it with both Superman Returns and Man of Steel; in Bond's, we saw it with the cooling effect that hit Spectre while propelling Skyfall to the highest slot in the 50-year franchise. It wasn't that each of the films I've just mentioned didn't have their sizeable portion of top-box fans - people like me who were going to go no matter what - it's just that three of these four examples failed to convert their middle box into movie tickets, because they didn't make a strong enough case to sway the unconvinced. Only one of the four films I've mentioned (Skyfall) did.

Weirdly enough, in the blockbuster business, the bottom box almost doesn't exist. You've gotta work pretty hard at your self-delusion, from a Hollywood standpoint, to greenlight and produce a tentpole film where a large portion of the audience is firmly in the "I am never going to see this" camp. (Sorry, Ghostbusters guy.)

When Hollywood does trip over a bottom-box majority film, it's almost always an accident; or, as with Independence Day Resurgence this week and Warcraft last, because the studio is hoping - rightly or wrongly - that even if all of North America doesn't actually want a shitty sequel to Independence Day - the middle box over here didn't care, and the reviews and reactions gave them no reason to - there are enough top box audience members overseas to more than make up the difference. The jury's still out on ID42, but the gamble paid off in spades for Warcraft, as close to the definition of a "never gonna see it no matter what" blockbuster as has been made on these shores since The Golden Compass.

In the meantime, though, the knee-jerk accumulation of preformatted brands might slow, a little. We've long since started approaching the bottom of the barrel on the available brands anyway; short of a never-gonna-happen Back to the Future reboot, the last of the widely beloved audience favourites dribbles into theatres next week with Ghostbusters. The next cycle will begin eventually, but in the meantime we might get some respite in the form of a handful of "new" properties (read: adaptations of popular novels or comics) taking wind.

Hey, maybe they'll even cancel Big Trouble In Little China. They should. Even if it turns out (inexplicably) to be good, it might pull in some audience, but only if the middle box is preoccupied elsewhere that day. Being the swing vote that controls the movie industry is a big job.