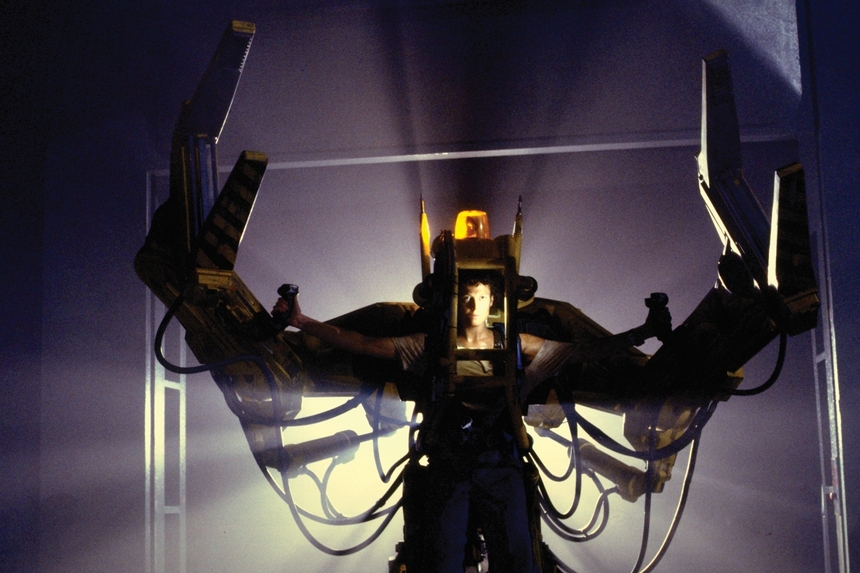 As we pass the solstice and firmly get into gift giving season it’s exactly that time when a cold panic sets in and you remember all the things you’re supposed to pick up last minute. At the same time, when you’re a reviewer you sometimes recognize that things like “gift guides” sometimes linger, so that in a mad rush you get the notice out to your patient reader.

The fantastic people at Fox sent out a bunch of goodies to remind you all that if you’re seeking last-minute ideas, either for the holidays or what we here in Canada dub the “boxing day” post-Christmas madness, there’s some fantastic physical media out there for the cinephile on your list. 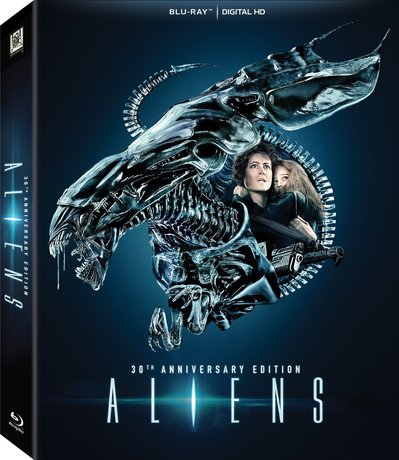 First there’s the Blu-Ray release of Aliens 30th Anniversary Edition, a gorgeous collection celebrating one of the most beloved Sci-Fi action films of all time. Fans of the series may already have the fantastic Alien: Anthology compendium, but for those that simply want Cameron’s classic caper as part of their collection this seems a pretty definitive way to own the work, at least for now.

The release includes all the other elements from the box set as well as an exclusive interview with Cameron on FoxExtras.com. I for one wish they’d included it, even as an extra disc, but at least there’s a small bonus for those picking up the title for the first time. The video and audio presentation remains exemplary, and save for the fact that being reminded it was THREE DECADES ago that I saw this film in theatre the release is a welcome one.

For those lunatic such as myself enough to delve into the next physical format then Fox has been exemplary at releasing UHD 4K discs. While we can still wait for the Alien series to show up on that format (eliciting for me yet another dip – Laserdisc, DVD, Blu-Ray and then UHD) there are other great titles to choose from.

A general note on these UHD releases – First of all, even if you don’t have a player yet, you probably will as the quality difference is substantial, almost as big a jump as BD was from DVD. Not only is the audio presentation often superior, the advent of HDR (high dynamic range) is one of the biggest breakthroughs in home theatre since surround sound, providing true cinematic colours at home really for the first time. While the resolution war is one factor, even on smaller sets that properly decode HDR the difference is vast, and with a properly calibrated set you’re in for one of the most immersive, sublime home viewing experiences you’ve ever seen.

Secondly, UHD discs all include a regular Blu-Ray title within, meaning now’s the perfect time to snag these titles to build up your new library. With new players arriving all the time (including the greatly anticipated offering from Oppo) it’s a great time to delve into the future of the format. 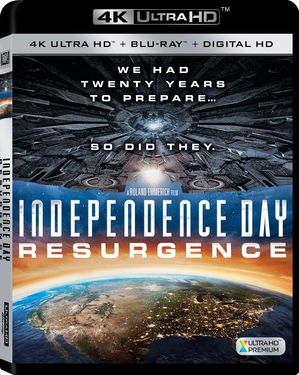 I was never a big fan of the original Independence Day but found the preposterous sequel somehow enjoyable. Eschewing Will Smith certainly helps Independence Day: Resurgence a lot (even if he shows up in memorial form), and there’s something simply intoxicating about Jeff Goldblum in a CGI extravaganza, and Liam “Not Thor” Hemsworth and Maika Monroe do their best to not make the likes of Bill Pullman, William Fichtner, Judd Hirsch and Brent Spiner not look too silly.

On UHD you get a lovely (if mildly noisy) HDR image as well as a cacophonous ATMOS 7.1.4 soundtrack. Roland Emmerich’s commentary is ported over, but the rest of the supplements (as per usual practice) are on the “regular” BD.

If there’s one bone to pick UHD disc cannot as per spec include 3D, so if you want that you need to pick up the other release of this title. It’s frustrating for there not be be included a 1080p disc with 3D, but welcome to the travails of the collector. 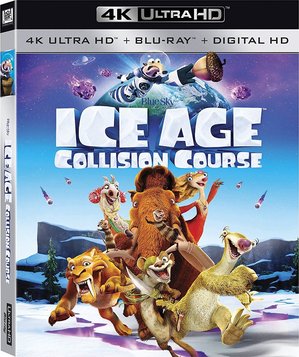 They also sent over Ice Age: Collision Course boasting as beautiful an HDR transfer as you’d hope for, despite the fact that it was actually rendered at “only” 2K (a common practice). Once again the resolution difference is hardly the selling point as with the increased colour gamut from HDR you’re seeing a far more spectacular image. While the storyline is pretty mundane (shockingly the fifth in a series of films has completely run out of steam) for the young person on your list it will make for a fun watch, and for the person wishing to show off their ATMOS setup and pretty 4K set it’s not bad demo material. 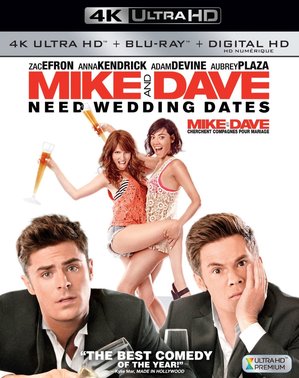 Finally there’s Mike And Dave Need Wedding Dates, perhaps the least obvious case to be made for “needing” a 4K version of this.  Sure, this silly little comedy is hardly the stuff of legend, yet it does help show how all films, not just those that are CGI-fueled, can benefit greatly by the new format. Just look at the colours when they hit Hawaii and you’ll see beautifully cinematic imagery capturing skin tone, shadows and other nuances that, frankly, most would care about as they watch Efron, Devine, Plaza and Kendrick chew their scenes. Yet swinging back to the BD version one can’t help but find it too “video-y”, lacking in the immersive presentation of UHD. Yup, even when it’s not obvious the bump in quality is intoxicating indeed.

There’s many more titles coming all the time, and some Fox classics are desperately needed in this format (once again looking at you, Alien series, let alone that other space saga that’s still slightly tied up given the recent Disney purchase).

Happy holidays to everyone, and best of luck with your last minute shopping!

Destroy All Mentorships Preps the Future of Horror