Horror anthologies are doing fine these days, and sometimes allow filmmakers to keep flexing their muscles even when it's hard to get a full feature off the ground. A good example of this is German Angst, a Berlin-based film which gave directors Jörg Buttgereit, Michal Kosakowski and Andreas Marschall the opportunity to strut their stuff theatrically again.

German Angst had its world-premiere at the International Film Festival Rotterdam. While I liked the film, I could see how in many regions this would have some trouble avoiding censorship, as the three stories venture into (un)pretty extreme territories.

But lo-and-behold, Germany allowed it to be shown and released uncut. And while the film is still travelling festivals around the world, last week German Blu-rays appeared already, including the somewhat-pimped combined Blu-ray/DVD edition seen below.

Please do note that this edition is regioncoded for B (Europe, Africa, Middle-East, Australia) only, and not English-friendly. While the last two segments are partially in English, subtitles for the remainder are German-only. The same goes for the commentary tracks, the extras and the booklet: it's all in German, and German only.

Therefore, non-German-speaking fans of the film may want to have a closer look at this edition, so here is a gallery of pictures of it: 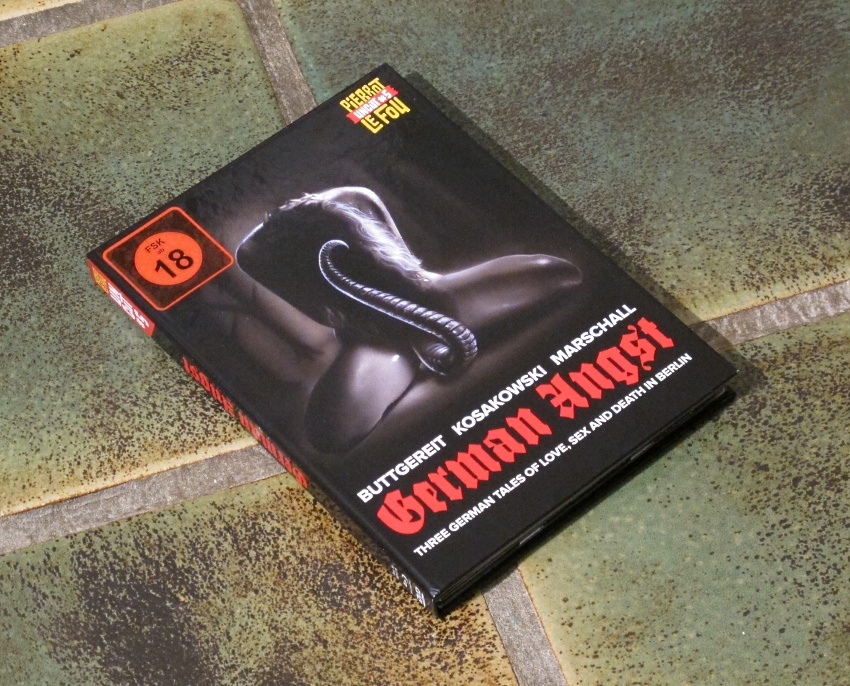 And here it is, a hardcover media-book. It looks quite good, if not for that ugly ratings sticker. Wait... sticker? 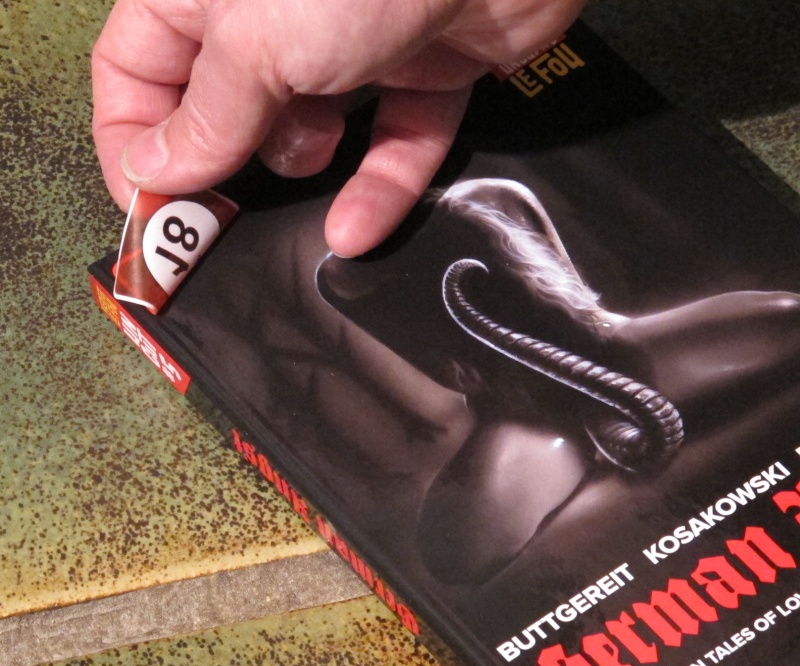 Ah yes, it is an easy-to-remove sticker. Well, that takes care of that then! 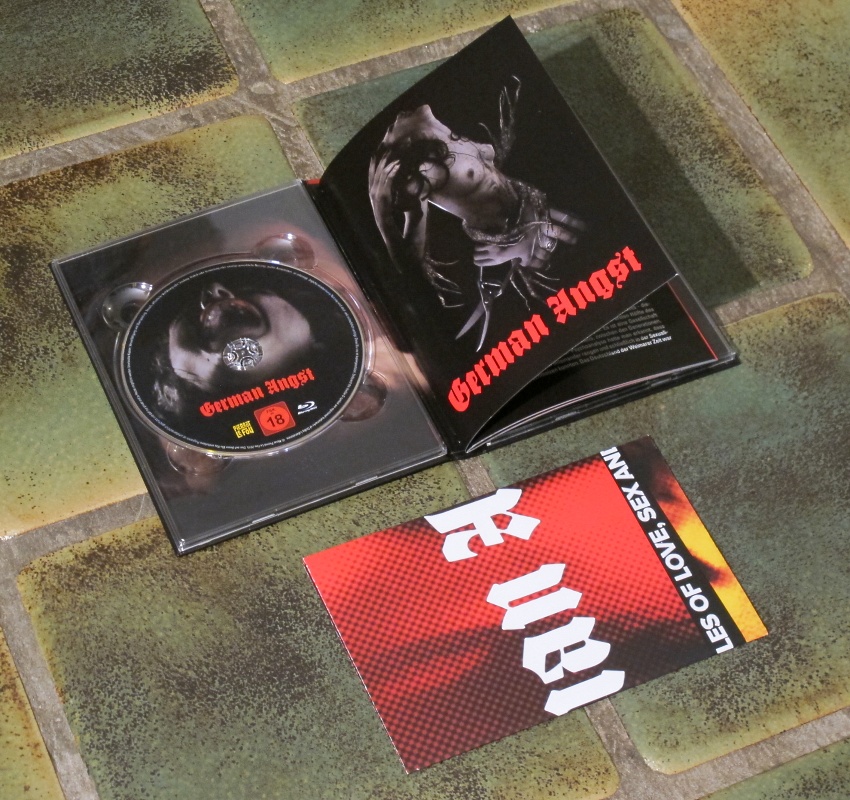 The inside of the book: the two covers have the discs in them, leaving space for a 24-page book and a folded poster. 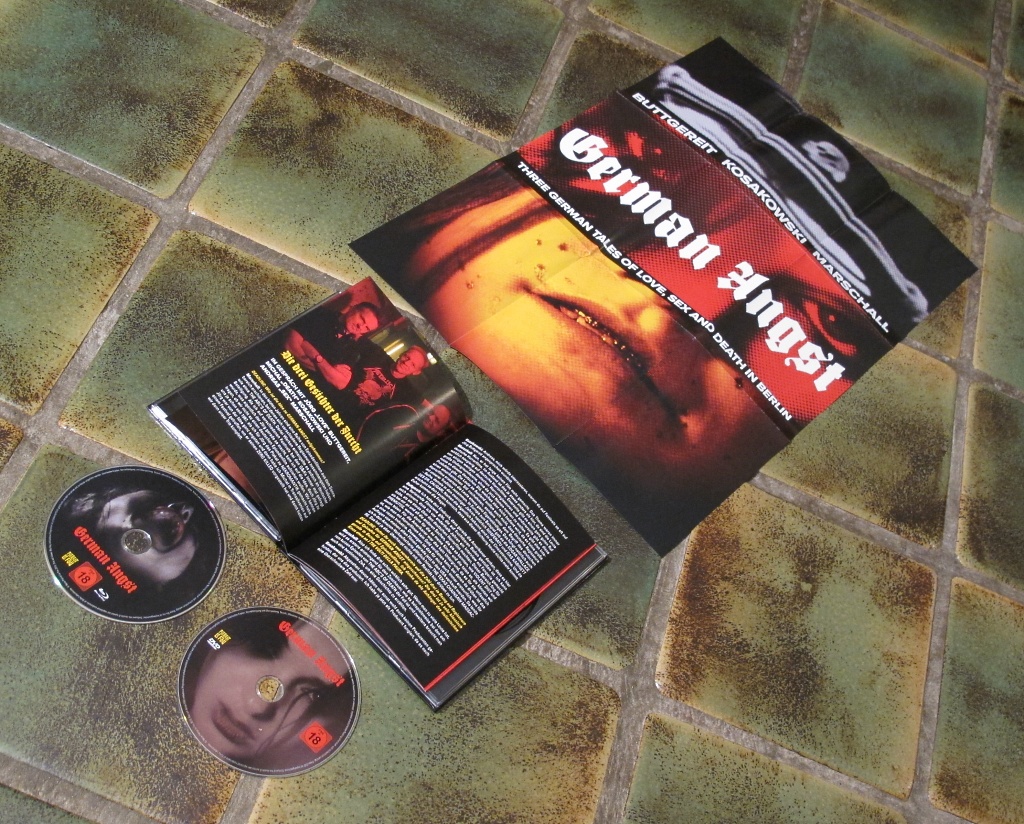 The contents, all opened.

The booklet is quite good, and contains essays, bios, and a long interview with all three directors.