Rotterdam 2015 Review: GERMAN ANGST Is Not For The Squeamish 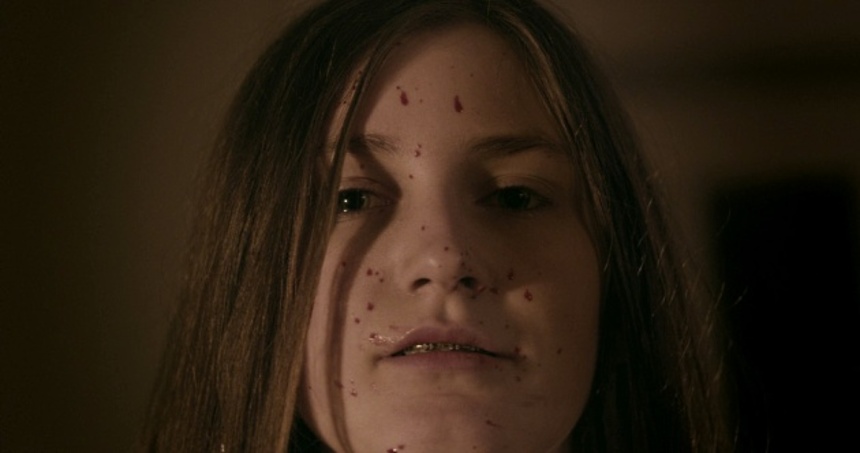 (An Anthology with a capital A for Abuse, Antisocials and Addiction...)

This year, the International Film Festival Rotterdam has dedicated a section of its programme to surrealism, and questioning reality in cinema. The horror anthology German Angst is part of this section, and it's a valid choice, as each of the three stories in the film deals with possible alternate explanations of a shown reality. Each of the segments is also very bloody, for most viewers uncomfortably so even. 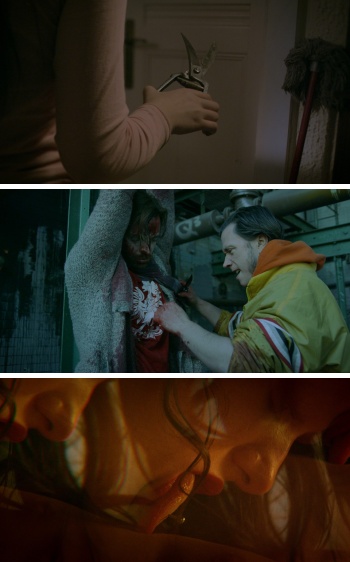 The first segment is called Final Girl and is directed by Jörg Buttgereit, who is (in)famous for Nekromantik and Schramm - Into the Mind of a Serial Killer. Using long takes and extreme close-ups, we follow a girl as she wakes up and takes care of her guinea pigs. All seems normal, until we get shown what she keeps in the next room.

The second segment is Make a Wish, by director (and producer) Michal Kosakowski, in which a deaf-mute couple gets captured and tortured by neo-nazis. An old talisman owned by the couple may turn the tables, though...

Finally, there is Alraune, directed by Andreas Marschall, in which a fashion photographer seeks solace in Internet pornography and online chats. A date leads him to an exclusive club, where members get their sexual desires fulfilled after smoking a drug based on Mandrake root, also known as the "whispering nightmare". Soon, he discovers there are a few nasty catches attached to the drug.

Alraune is obviously the crowdpleaser here, no less nasty than the other two but far more rewarding in its flashy beauty. The first two episodes are interesting but uncomfortably punishing as well, and frankly take their time in telling what are pretty simple stories. In contrast, Alraune feels like a thrilling relief, and has been cleverly placed at the end as such.

All in all, German Angst mostly works well, both as a set of individual episodes and as a whole film. You will need a tough stomach though, some patience, and possibly a thick skin as well.

Rotterdam audiences awarded the film a 3.5 out of 5, and that's quite a respectable score for a film this gory and divisive.