It's hard to think of titles which would fit the idea of disc pimping more than Sin City and Sin City 2: A Dame to Kill For. Frank Miller's fun and exaggerated graphic novel take on Film Noir made waves back in the nineties when it was first released, and Robert Rodriguez' two film versions have accurately captured the corrupt atmosphere in them, with its copious amounts of monochrome sex and violence.

Lions Gate Home Entertainment UK Ltd. (phew, mouthful...) has now released a tremendously pimped Blu-ray boxset containing both films, at a very fair price. Sin City is included both in its theatrical cut and its longer and re-arranged Director's Cut, while A Dame to Kill For is there in both the 3D and the 2D version.

This release focuses on bling rather than depth, with plenty of physical extras. It is very nicely packaged though, so check the gallery of slides below for a look! Click on the edge of the images to go to the next slide, or in the center to get a bigger version.

Oh, and some of the images do contain some NSFW material. Shocking, I know... 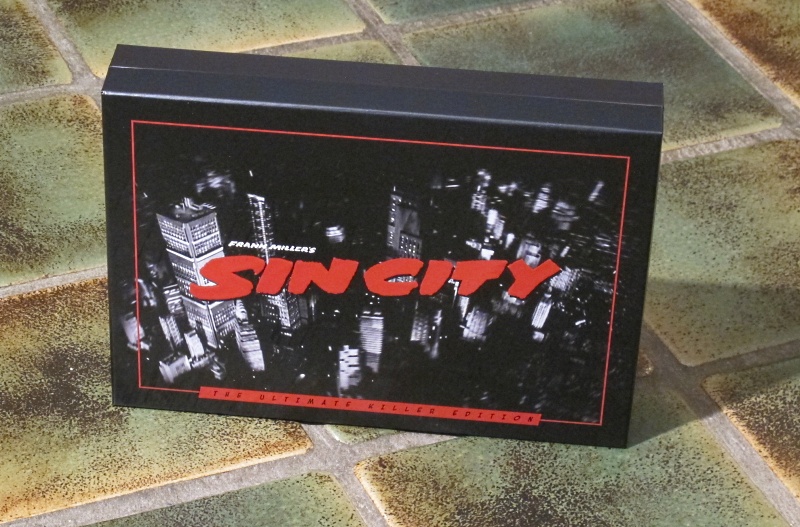 And here it is: a big heavy cardboard box in black, white and red. As it should. 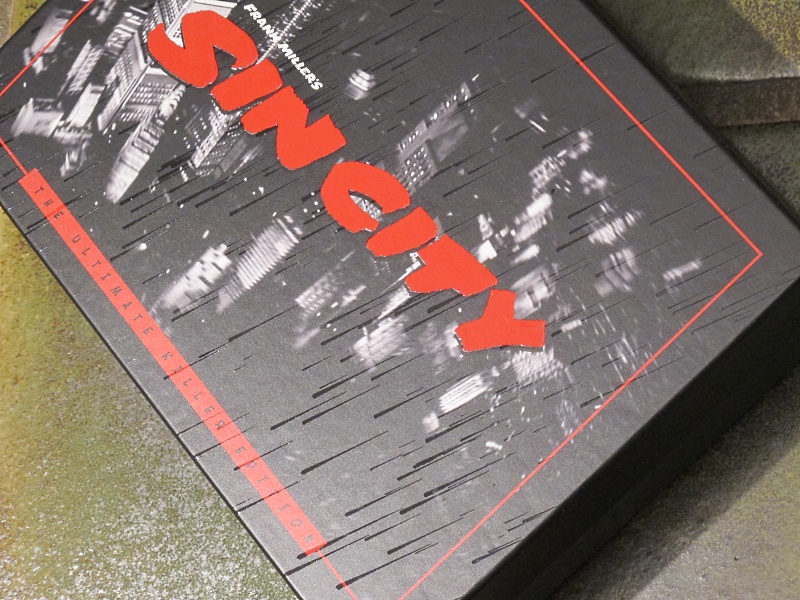 There is some lovely embossing on the box, making it seem as if it rains when light plays over it. 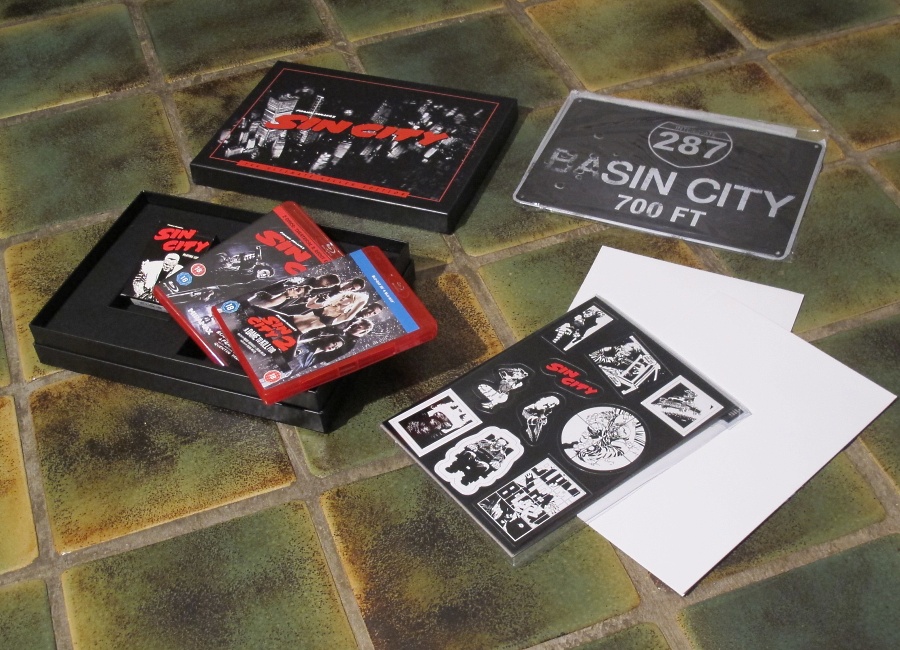 Opening the box: it contains two Blu-ray Amarays (in red, which would have been very confusing if HD-DVD still existed...), two sheets of fridge magnets, folded posters for the two films, a metal highway exit sign replica for Basin City, and a Sin City-styled deck of cards. 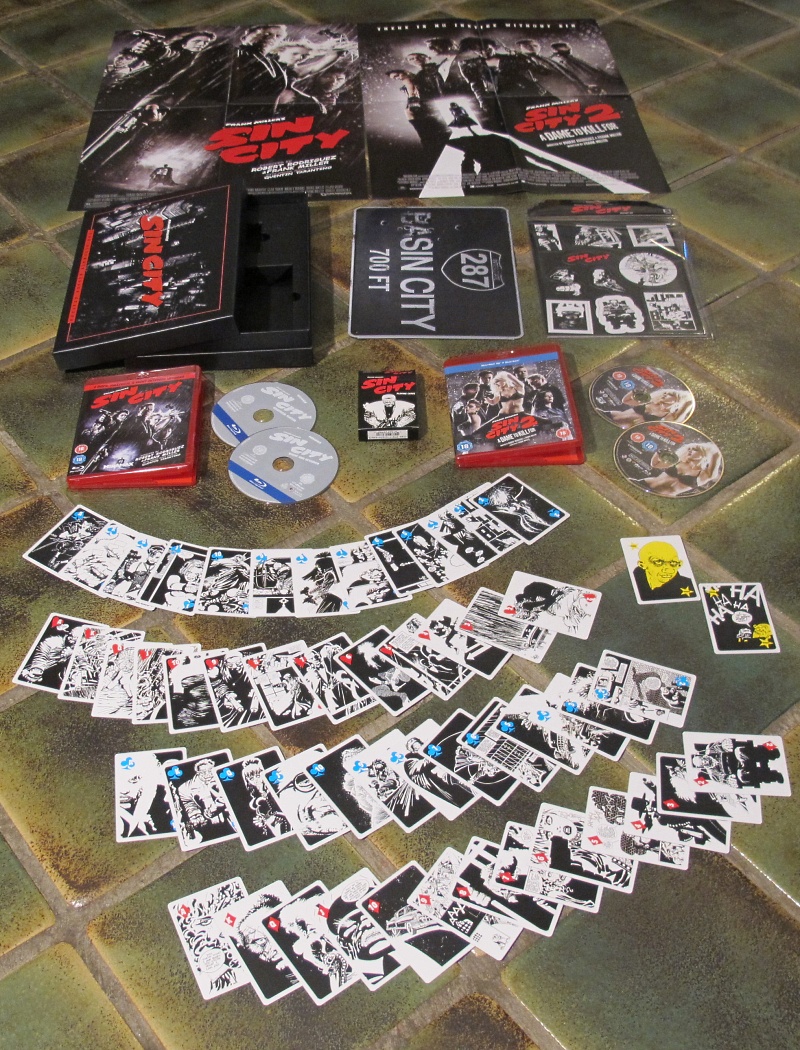 All contents opened, spread and folded out. Note that the posters are actually quite big but get the short end of the stick here, perspective-wise... 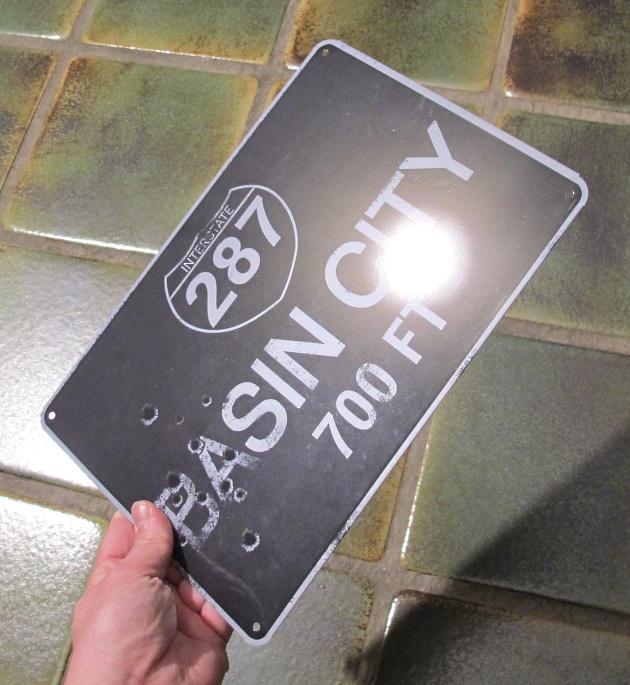 The metal highway sign replica, with pre-drilled holes (not the bullet ones, just the hang-it-on-the-wall variety). 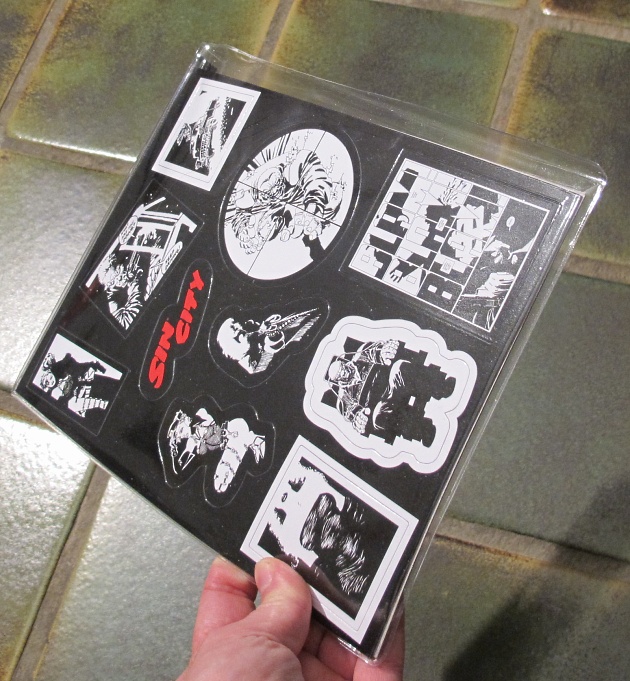 A closer look at the fridge magnets. There are two sheets, with the second one being one big image. 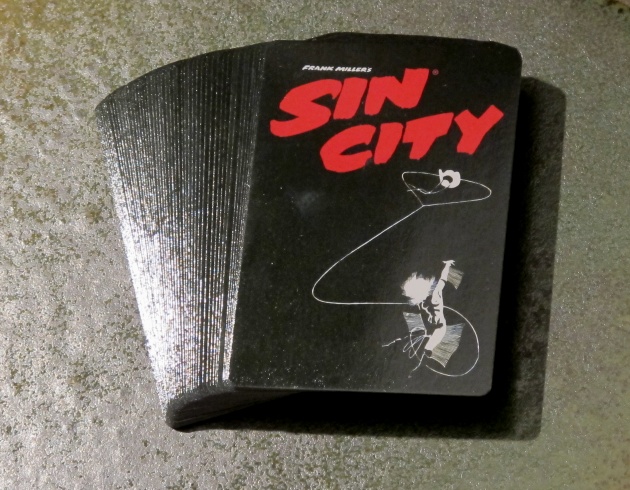 The deck of cards, probably the set's best physical extra. 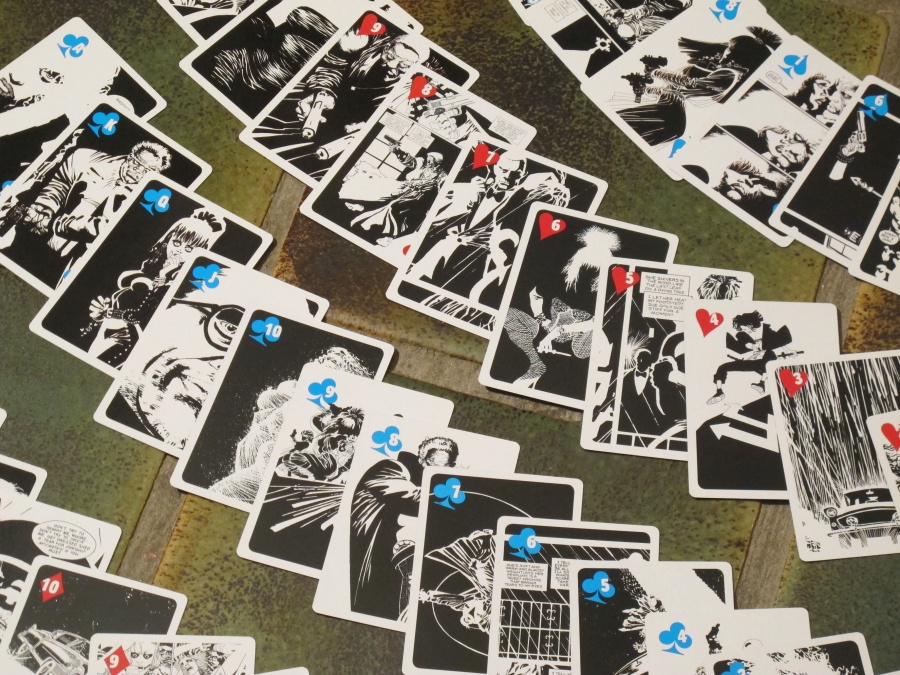 Instead of just decorating the usual Pages, Queens, Kings and Aces, all 52 cards (and two jokers) have been given Frank Miller artwork. Cool! Note that many of these are quite adult in nature, but that should come as no surprise, given its source material. 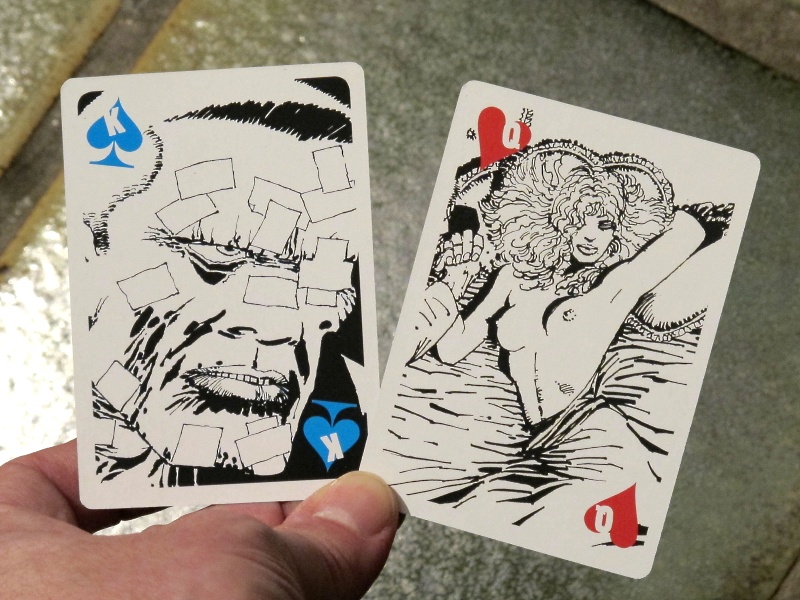 Signing out with the King of Clubs and the Queen of Hearts!

All in all a fun boxset, and strangely enough not excessively expensive, given that you get both films, each in their two known versions...

Do you feel this content is inappropriate or infringes upon your rights? Click here to report it, or see our DMCA policy.
A Dame To Kill ForBlu-rayFrank MillerRobert RodriguezSin City

More about Sin City: A Dame To Kill For