Euro Beat: Get To Know The European Oscar Contenders

Brian Clark
Editor-at-Large; Los Angeles (@http://twitter.com/marshalclark)
Tweet Post Submit
Yesterday was the deadline for each country around the world to choose a film to submit for Oscar consideration. While only a few of them will make the cut come January 16 when the final nominations are announced, this moment is a perfect time to become better acquainted with what each European country's Academy of Film and TV deemed the best (Or most Oscar-worthy) film to be released this year. And the list is pretty diverse! Sure, there's a fair number of dark social-issue dramas, but this year's crop also includes a spy comedy, a bee documentary and a movie about the devil! So click through below to see all of the submissions and decide which ones to put on your radar. And if you disagree with your country's choice, feel free to chime in below!

Note: Regular readers may notice that this Eurobeat broke the column's regular, bi-weekly Tuesday schedule. It will return to its normal posting-day next installment. 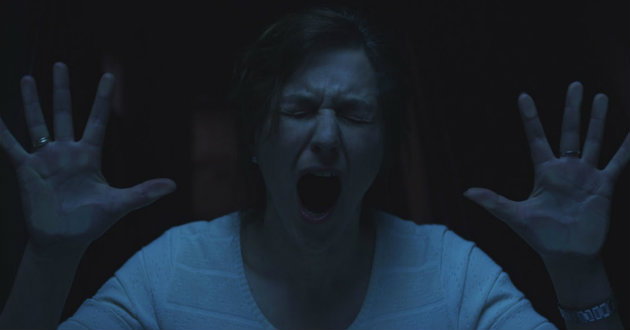 An adaptation of a famous novel which stars Martina Gedeck (The Lives of Others) as a woman "suddenly cut off from the rest of the world by an invisible wall." 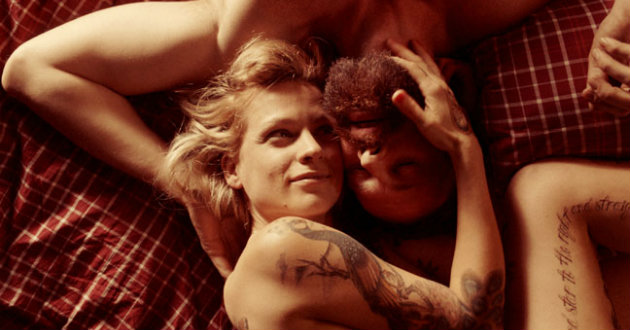 After premiering at Berlinale, this Bluegrass-tinged relationship drama has gone on to win widespread critical acclaim, with our own Kurt Halfyard declaring it, "unabashedly, unpretentiously, even gloriously one of my favorite films of the year!" Directed by Felix Van Groeningen. 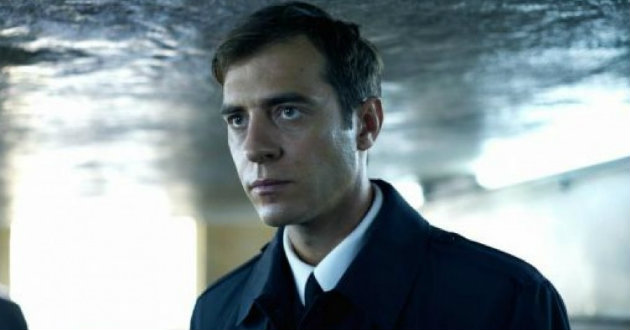 Bulgaria - The Colour of the Chameleon

This tale of a Communist era agent who goes rogue after being dismissed by the state service is the only dark spy-comedy that I know of to be submitted for the foreign language oscar this year. Directed by Emil Hirstov. 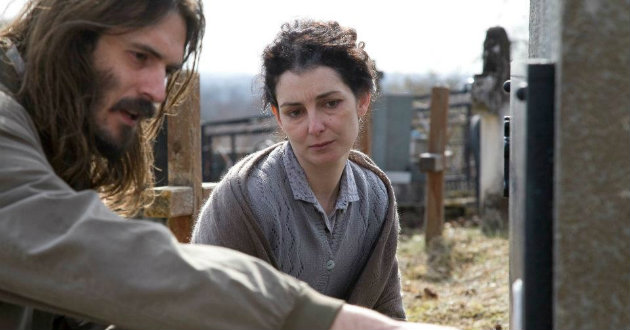 Looking for a happy movie? Look elsewhere. Hamila's Path chronicles a couple who discover something terrible in relation to the Balkan civil war and the "ethnic cleansing" that took place in the region. Directed by Anton Ostojic. 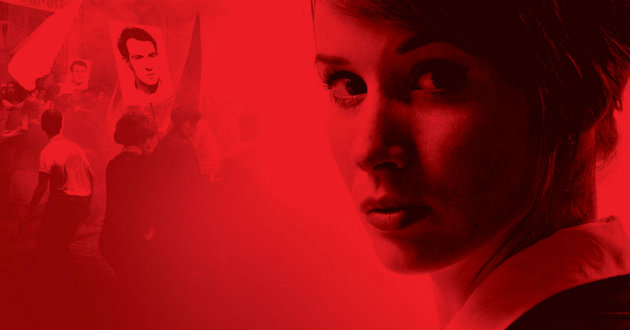 Produced by HBO Europe, here's another not-so-cheery film. This one chronicles Charles University student Jan Palach, who set himself on fire in Wenceslas Square a year after the demise of the Prague Spring. Directed by Agniezska Holland. 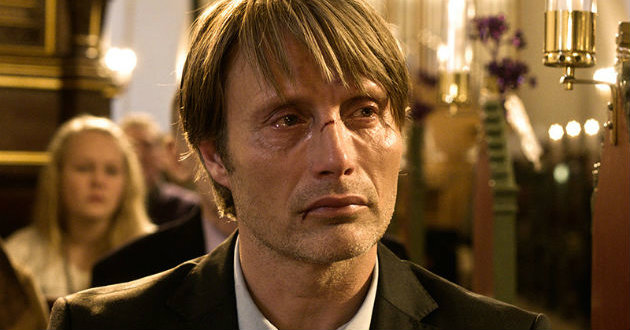 Thomas Vinterberg's acclaimed dramatic thriller starring Mads Mikkelsen about a small lie which leads to huge consequences beat out the rest of the shortlist, which included heavy hitters like The Act of Killing and Northwest. 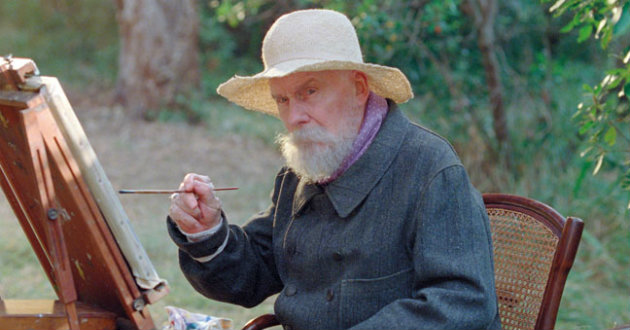 Since the French release date of Palm D'Or winner Blue is the Warmest Color is too late for consideration, the country opted for a safe, cultured, middle-brow bio-pic, appropriately titled Renoir. I'll let you guess who it's about. Also, while Asgard Faradi's excellent The Past was shot and partly produced in France, it was submitted by Iran. Directed by Gilles Bourdos. 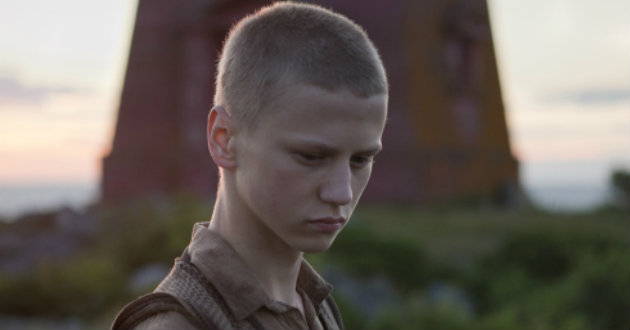 As you'll notice by the end of this piece, young boys in tough situations is something of a recurring motif for this year's European Oscar submissions. In Disciple, the two teenage boys in question are living on an isolated island. Directed by Ulrika Bengts. 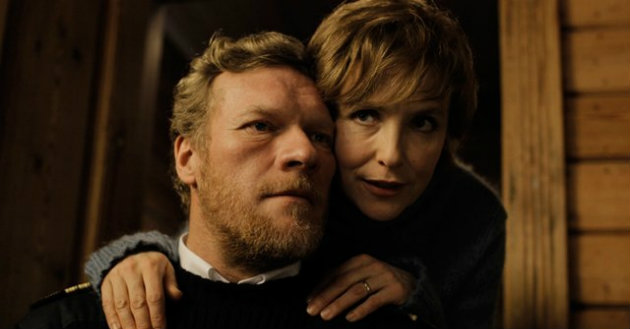 A historical drama of secrets and lies set around the fall of the Berlin Wall. Juliane Kohler and the mighty Liv Ullmann star. Directed by George Maas. 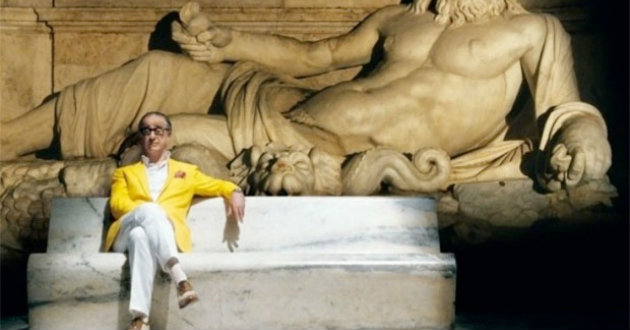 Despite a strong shortlist that included Salvo and Miel, The Italian Academy opted for Pablo Sorrentino's modern-day attempt at La Dolce Vita, The Great Beauty, which played to mostly great reviews at Cannes, but fell short in my opinion, and in that of our Italian correspondent, Fausto Vernazzani. The last big Oscar breakthrough for Italy was 15 years ago, when Life is Beautiful swept the awards. 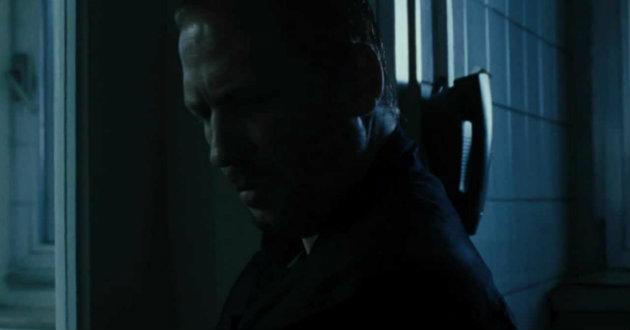 This dramatic thriller explores the mysterious murder of an exemplary police officer from the point of view of the lead inspector and the murdered-officer's volatile brother. Directed by Christophe Wagner. 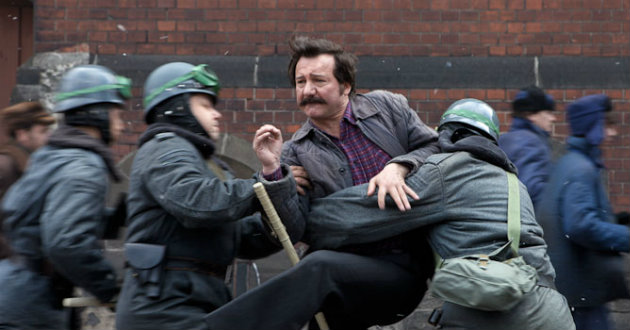 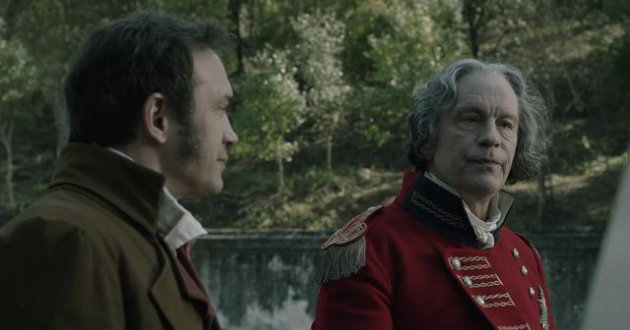 Here's an interesting one. This war-set ensemble piece was originally set to be directed by the late Raoul Ruiz, who passed away during pre-production of the film. It was then taken over and directed by his wife, Valeria Sarmiento.

I couldn't be happier that The Netherlands opted for this surreal, darkly-funny thriller about the devil, which I wrote fondly about during Cannes. Directed by Alex van Warmerdam. 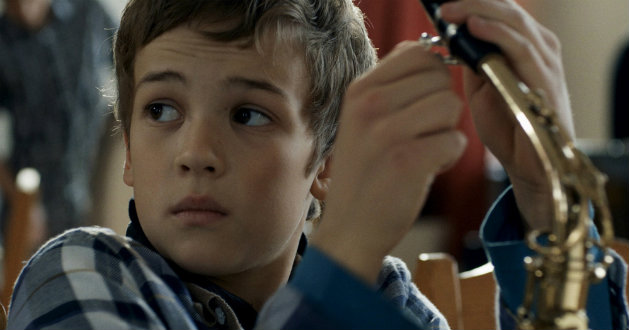 Latvia - Mother I Love You

A twelve-year old boy pursues a life of petty crime while trying to avoid the scrutiny of his mother. Directed by Janis Nord. 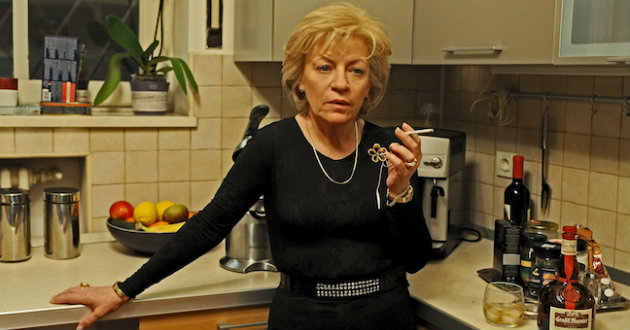 When this drama won the top prize at Berlinale, I called it "an engrossing, well-acted and solid overall realist portrait of one bourgeoise woman's crusade to get her son's name cleared for accidentally hitting and killing a child while driving wrecklessly." I'll stand by that. Directed by Călin Peter Netzer. 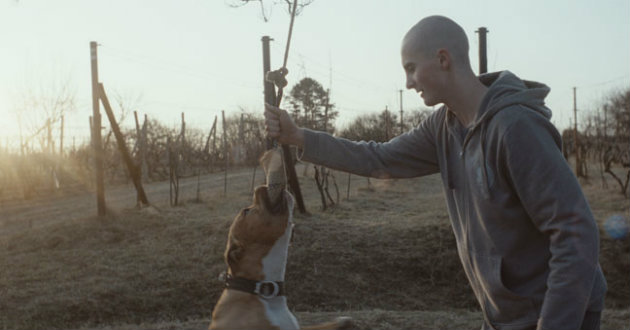 The story of an 18-year-old who hangs out with racist hooligans, but whose best friend is still his dog. Directed by Mira Fornay. 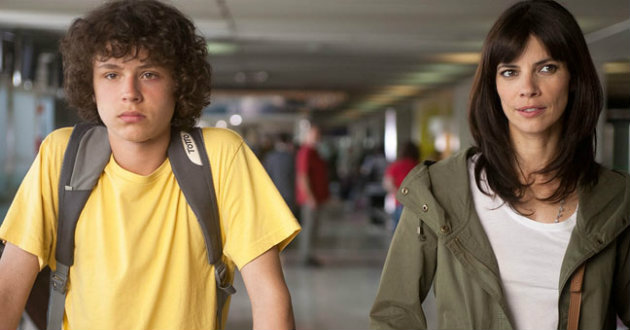 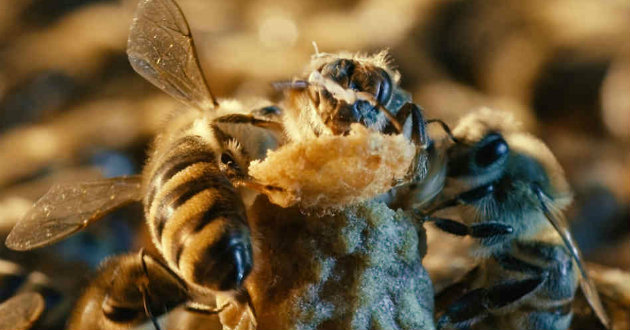 Switzerland is mixing it up this year by choosing a documentary about bees, or rather, about what's making the bees disappear and what that means for us, as their submission! I for one approve. Directed by Markus Imhoof. 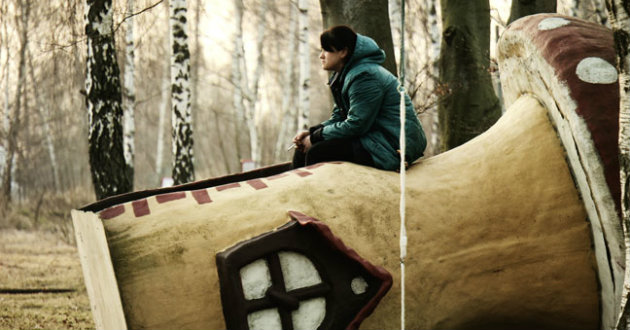 This immigrant drama about a woman who suddenly loses her job has been receiving wide acclaim since premiering in last year's Venice Critic's Week. And what a title! Directed by Gabriela Pichler. 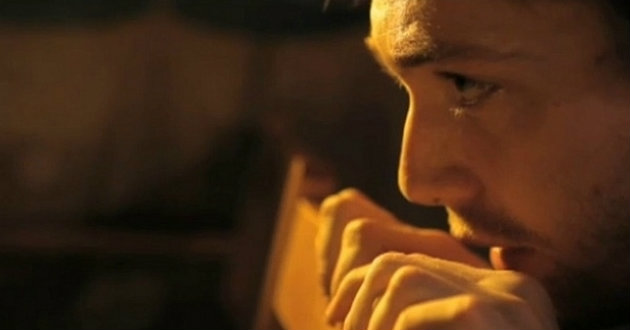 This drama about a starving boy in Greece apparently is reportedly bleak, abrasive and devastating. But hey, the country's last big Oscar contender was Dogtooth. Here's to consistency. Directed by Ektoras Lygizos. 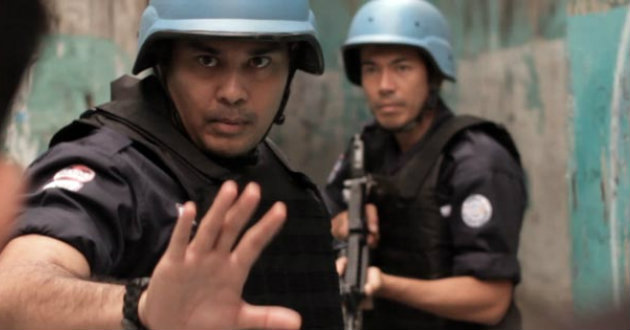 While the director's from the UK, the action for this film takes place in the Philippine capital city. It involves one man's search for a better life which leads to perilous consequences. Directed by Sean Ellis. 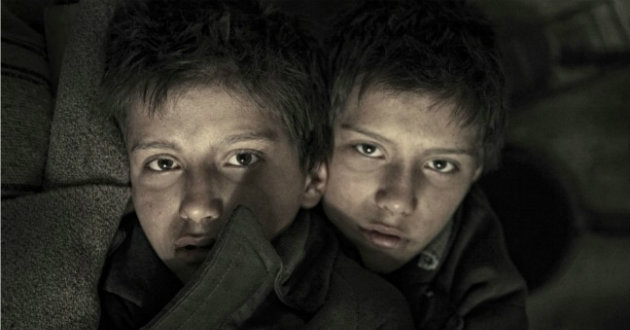 A wartime drama based on the novel by Agota Cristof (titled Le Grande Cahier) about two twins staying with their malicious grandmother at the end of World War 2. The film was shot by Christian Berger, who won an Oscar for his excellent work on The White Ribbon. Directed by Janos Szasz. 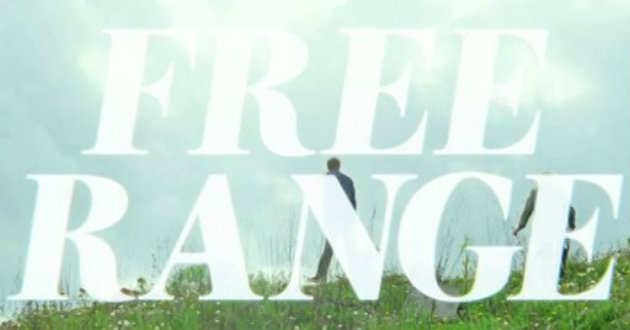 A man loses his job at a newspaper and, in quick succession, finds out that his wife is pregnant. Tonally, the film sounds a bit along the lines of a deadpan Jim Jarmusch or Aki Kaurismaki loner fable. But I haven't seen it yet! Directed by Veiko Õunpuu. 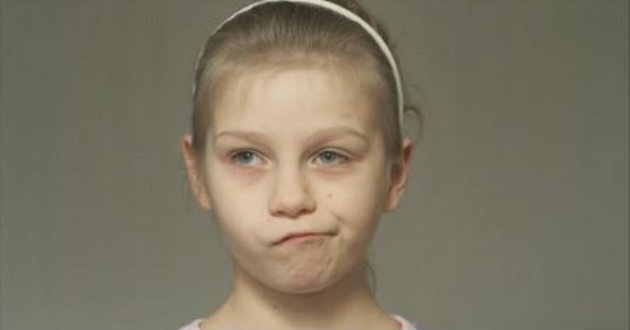 This documentary basically puts different kids - some with disabilities - alone in a room and asks them to discuss a topic. No props, explosions, cute animals, stunts or even set dressing! Though, according to The Hollywood Reporter you shouldn't dismiss it. One question example: "If you were to draw divorce, what would you draw?" Initial response from a little blond girl about 10 years of age: "My parents' divorce or in general?" Directed by Giedre Beinoriute. 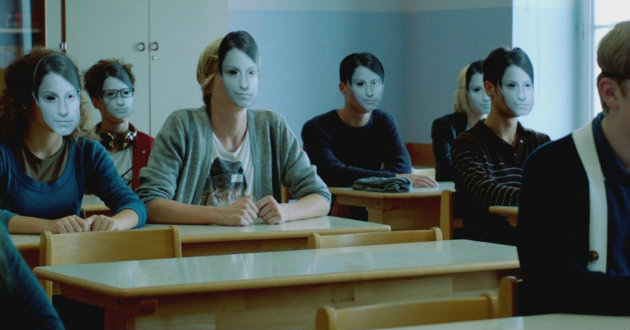 Just look at that great still! Count me in! In any case, this tense drama chronicles the fallout of a student suicide and the student body's decision to gang up on a new teacher. Directed by Rock Bicek.

Do you feel this content is inappropriate or infringes upon your rights? Click here to report it, or see our DMCA policy.
Academy AwardsBest Foreign Language FilmEuro BeatOscars